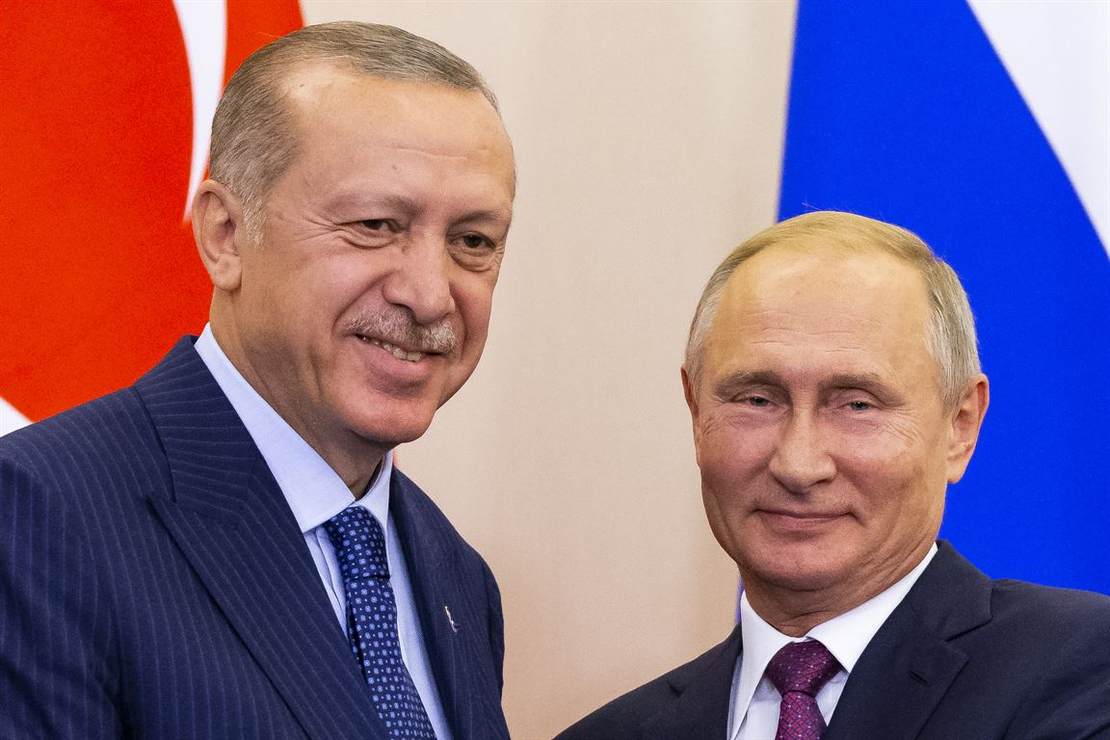 If you’ve been following the news of the Russian invasion of Ukraine, you probably already heard about a potentially significant fly that just dropped into the ointment of Findland and Sweden’s expected applications to join NATO. The fly in this case is Turkish tyrant Recep Tayyip Erdogan. Once the news broke of not only the two nations’ inclinations to join, but Russia’s threats to respond “militarily,” Erdogan stepped up to the microphone and said that Turkey is “not favorable” toward allowing those two countries to join. Because of the structure of NATO, where new members are only accepted if there is a consensus of agreement among the thirty existing members, every country that’s already in the club effectively has veto power over new additions. While Erdogan hasn’t firmly declared he will block the process, he has been playing footsie with Vladimir Putin for so long now that the odds of him doing so are, in my opinion, higher than any other scenario. And while I’ve been making noise about this idea for a number of years now, as I’ll explain in a moment, this should be seen as a breaking point. Turkey should be booted out of the alliance. (NPR)

Turkish President Recep Tayyip Erdogan said Friday that his country is “not favorable” toward Finland and Sweden joining NATO, indicating Turkey could use its membership in the Western military alliance to veto moves to admit the two countries.

“We are following developments concerning Sweden and Finland, but we are not of a favorable opinion,” Erdogan told reporters.

The Turkish leader explained his opposition by citing Sweden and other Scandinavian countries’ alleged support for Kurdish militants and others whom Turkey considers to be terrorists.

I don’t want our readers to get the incorrect impression that I’m saying this as some sort of knee-jerk reaction based on a desire to see Finland and Sweden in the alliance or as a blindly trusting move to support Ukraine. That’s not the case at all. In fact, only yesterday I wrote about the looming risk that we’re being dragged into a shooting war with Russia as opposed to economic warfare and a proxy war. This business with Finland is a serious situation and one that Joe Biden and the State Department shouldn’t be allowed to force us into without more input from Congress and the people.

For newer readers who may not be familiar, I’ve been questioning the value of Turkey as an ally for years, along with highlighting the many atrocious actions that Erdogan has taken. Whether it was literally holding Americans as hostages or signing arms deals with Russia that undermine the security of NATO’s military infrastructure, Erdogan has been a bad actor who has behaved more like a partner in the new Axis of Evil (Russia, China, Iran, and North Korea) than a loyal NATO member.

In July of 2019, in the middle of the Trump administration, I was urging the former president to recognize that Turkey was no longer our ally. During that same summer, Erdogan was making threats to leave NATO on his own and I quickly voted to take him up on his offer.

Yes, there would be strategic and logistical costs to losing Turkey as an ally. Their location makes them strategically valuable in any activity involving Syria, Iraq, Iran, and other hotspots in the eastern Mediterranean as well. Having access to Turkish airbases was critical all during the Iraq war and our efforts against ISIS in Syria as well. I get it.

But what good is an ally if they leave you guessing on any given day as to whether they will support your alliance or stab you in the back? Losing Turkey and gaining both Finland and Sweden in exchange would be an upgrade for NATO as far as I’m concerned, and we would come out ahead in the deal. The alternative would be to simply tell Erdogan publicly that he could be in danger of facing the same sorts of sanctions currently crippling Russia. Turkey’s economy has been cratering lately and Erdogan’s people have reportedly become restive, making his continued rule less than certain. Perhaps that’s the only sort of message he would actually listen to these days.