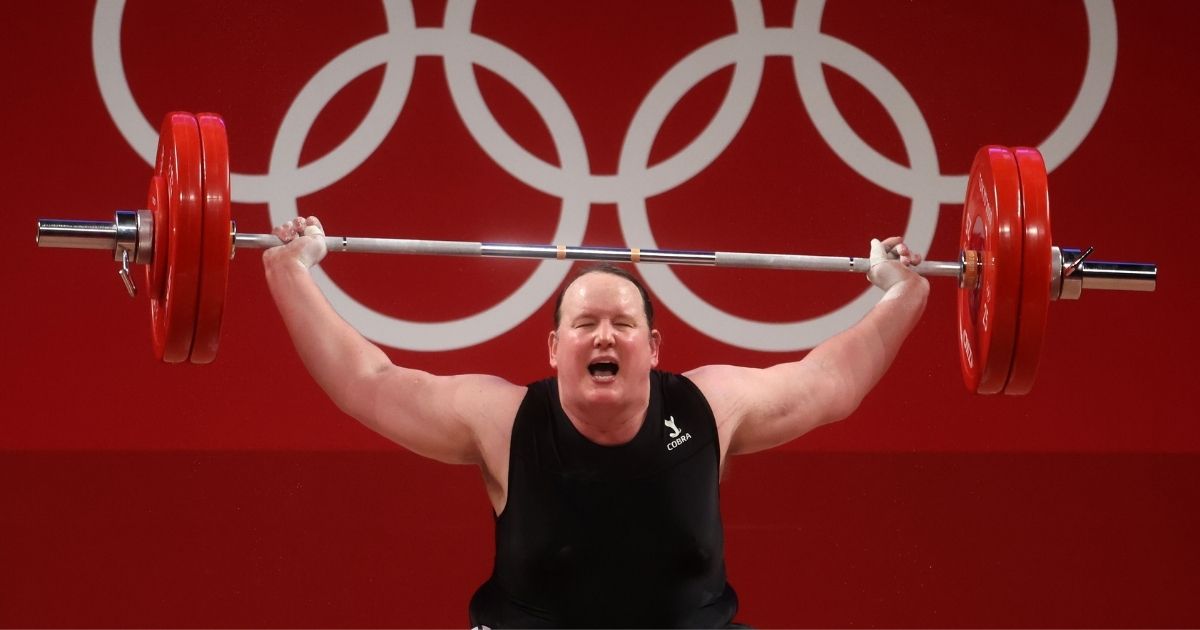 The first openly transgender athlete to compete in the Olympics is now out of any running for a medal.

New Zealand’s Laurel Hubbard, a man who identifies as female, failed to complete a single lift in three attempts Monday in the woman’s super-heavyweight category, according to Yahoo Sports.

He managed to get a 125-kilogram load off of the mat, but the judges ruled it no lift.

On Hubbard’s final attempt, he was unable to stand up with the 125-kilogram weight above his head.

Biden Handler Slips Him Note Saying Something's on His Chin, He Appears to Wipe It Off and Eat It

JUST IN – Weightlifter Laurel Hubbard, the first openly transgender athlete to compete at the Olympics, is out of the women’s competition early after failing on three lifts. pic.twitter.com/sNEszFObif

He was the only of the 13 lifters competing not to have completed one lift.

Hubbard, who has kept a low profile since qualifying for the Olympics, spoke briefly to the media afterward.

Should Hubbard have been allowed to compete against women?

“Thank you so very much for your interest in my humble sporting performance tonight,” he said. “I know from a sporting perspective I did not live up to the standards I put upon myself.”

“I know my participation in these games has not been entirely without controversy,” Hubbard said, citing “quite difficult times.”

Hubbard thanked the International Olympic Committee for the chance to compete against women.

He said the committee was “extraordinarily supportive and I think that they have reaffirmed the principles of the Olympics that sport is something that all people around the world can do, that it is inclusive and successful.”

Hubbard made the Olympics ahead of many female lifters, which caused controversy.

This is Roviel Detenamo. She should be at Tokyo 2020 today but she’ll be watching the games from home because the IOC rules allowed a male person to compete in her female category. https://t.co/6CcYRenW3n

I dont care if Laurel Hubbard comes dead last in the Olympics. They are taking away a spot and an Olympic experience from an actual woman#LaurelHubbardIsACheat

New Zealand lifter Tracey Lambrechs said she was told to either retire or move to a lower class once Hubbard began competing, according to The New York Times. She said Hubbard denied women a chance to compete.

“We’re all about equality for women in sport, but right now, that equality has been taken away from us,” Lambrechs said.

“Weight lifters come up to me and say, like, what can we do? Like, this isn’t fair, what can we do? And unfortunately, there’s nothing we can do because every time we try to voice it, we get told to be quiet,” she said.