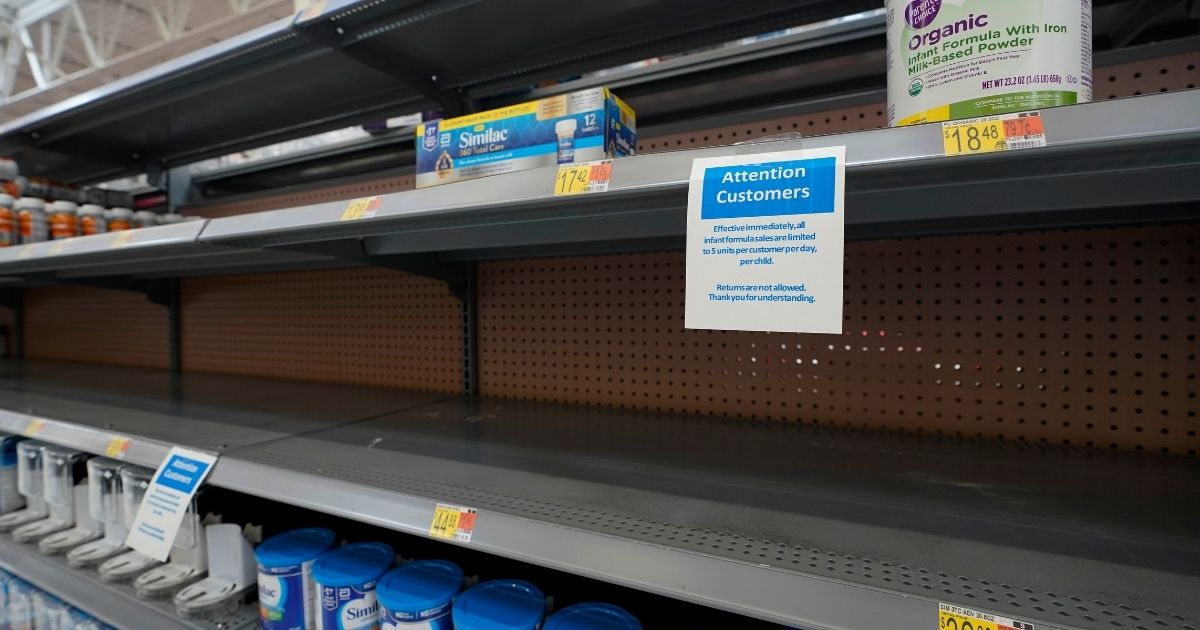 The mothers from Alabama and North Carolina have their own infant children aged 6 and 10 months.

They delivered around 800 ounces of milk to the Mountain West Mother’s Milk Bank, a non-profit based in South Salt Lake, Utah, according to local outlet KSL-TV.

The milk donations will go to families struggling to get the baby formula they need for their infants, KSL reported.

Biden Attempts to Slam Trump with a New Nickname, But Trump Embraces It

The MWMMB seeks to improve little children’s health and nutrition by screening, processing and providing donated milk to infants in need of it. The organization also advocates for breastfeeding.

The MWMMB has set up donation sites in Utah and southern Idaho where donors can deliver their milk. The milk will then be sent to Salt Lake City for processing and distribution.

Baby formula, a key source of nutrition for millions of children nationwide, has started to disappear from shelves throughout the country.

Producers expect the delay in restocking shelves with the much-needed product to last for months, according to Axios.

For families who don’t exclusively breastfeed their children, baby formula is the only source of nutrition approved by the Food and Drug Administration, The Associated Press reported.

While mothers are encouraged to exclusively breastfeed for six months, not all women can do so because of physiological issues, lack of time as women go back to work and lack of equipment, according to Axios.

A combination of factors caused the shortages, including coronavirus-related disruptions to labor, transportation and procurement of raw materials. There have also been recent recalls of baby formula products.

“It’s really critical for their growth and development that they are able to access the nutrition that they need,” Danielle Dooley, a pediatrician working for the Child Health Advocacy Institute, told The Washington Post.

“You can see people are thinking through every possible option and scenario in order to try to feed their infants.”

Video: Mom Spots Officers on the Road and Jumps Out of Car Screaming That Her Baby's Not Breathing

“I really do think this is an emergency. It’s a national emergency,” Dooley said. “Infants need to eat.”

On Friday, President Joe Biden was asked if his administration could have responded sooner to the formula shortage.

“If we’d been better mind readers, I guess we could have,” he told reporters, according to CNN.

Andrew Jose is a journalist covering security, politics, and foreign policy, among other beats. Speak to Andrew securely via [email protected] Follow Andrew on Twitter: @realAndrewJose