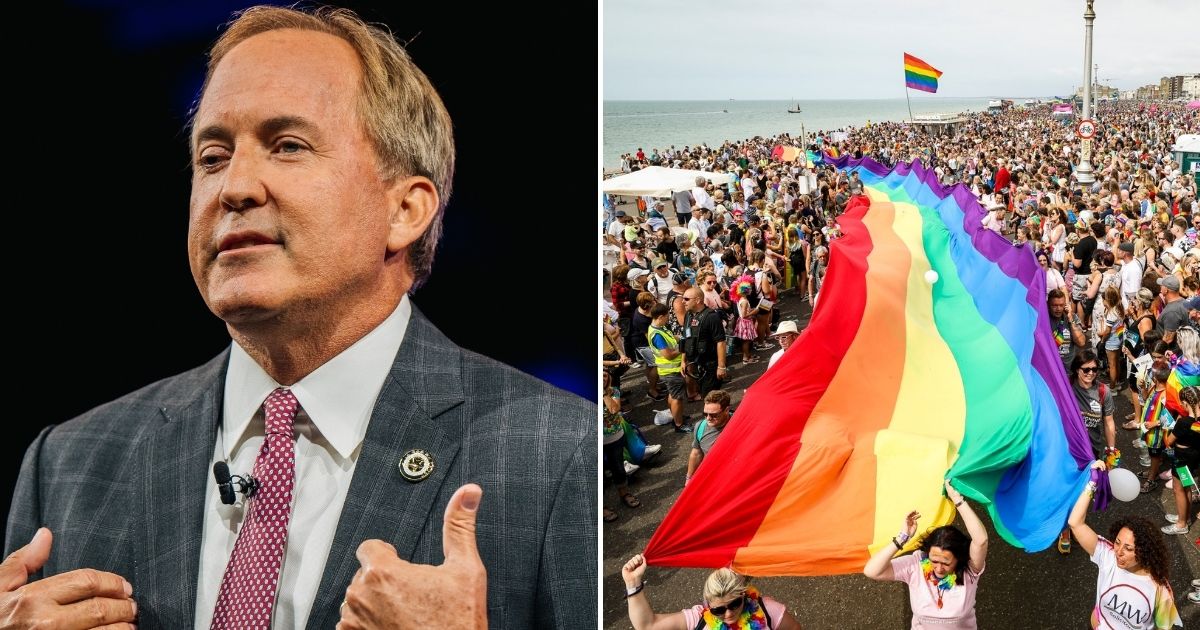 In a Friday interview with News Nation’s Leland Vittert, Texas Attorney General Paxton said that he would defend Texas’ laws against sodomy if the Supreme Court were to reverse a 2003 court case that barred their enforcement.

Thirteen American states had laws on the books which criminalized sodomy before the Lawrence v. Texas ruling. They were barred from enforcing them after the 2003 Supreme Court case.

Vittert asked Paxton if he’d be willing to defend Texas’ anti-sodomy laws in court in the event that the Supreme Court nullified Lawrence v. Texas.

“Obviously the Lawrence case came from Texas — that was what outlawed sodomy.”

“Would you as Attorney General be comfortable defending a law that outlawed sodomy … to put to test what Justice Thomas said?”

“Yeah, there’s all kinds of issues here… But, certainly, the Supreme Court has stepped into issues that I don’t think there was any constitutional provision dealing with, they were legislative issues.”

“This is one of those issues, and there may be more. It would depend on the issue, and depend on what state law says at the time.”

Should Paxton defend this law?

Paxton continued by referencing state law, explaining that it was his responsibility to enforce and defend the laws of Texas before the Supreme Court or anywhere else.

“Look, my job is to defend state law and I’ll continue to do that.”

Paxton has pledged to vigorously enforce Texas’ laws against abortion after Roe’s demise.

SCOTUS just overruled Roe & Casey, ending one of the most morally & legally corrupt eras in US history. Praise the Lord.

Abortion is now illegal in Texas.

And today I’m closing my office—and making it an annual holiday—as a memorial to the 70 million lives lost bc of abortion.

Paxton declined to express a preference for the legislature’s approach to Texas’ sodomy law, explaining that a Supreme Court overruling of the law would put the state in new legal territory.

Obergfell v. Hodges required every state in the Union to legally recognize same-sex marriages, doing away with a multitude of differing policies.

Thomas took aim at the “substantive due process” legal theory behind the progressive rulings, attacking an argument used by the court’s proponents of a “living constitution” for decades.