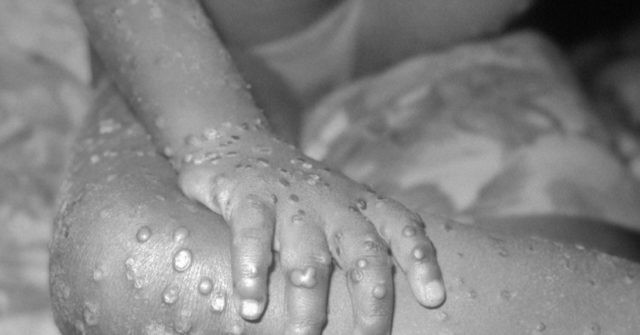 British health professionals are expecting a “significant rise” in monkeypox cases over the coming weeks, as a Western outbreak of the disease continues to confound them.

Dr Claire Dewsnap, President of the British Association for Sexual Health and HIV (BASHH), told Comcast-owned Sky News that there are “going to be more diagnoses over the next week.”

Dewsnap said it was “hard to say” exactly how many there would be — Health Secretary Sajid Javid MP confirmed 20 in the United Kingdom so far on Friday, with ‘patient zero’ currently believed to be an individual who had travelled between the country and Nigeria — but she is most worried by the fact that there are “infections across Europe, so this has already spread.”

“It’s already circulating in the general population. Getting on top of all those people’s contacts is a massive job,” she said, adding that Britain could be seeing “really significant numbers over the next two or three weeks” and then reiterating that she was “definitely expecting a significant rise over this next week” for good measure.

On a more positive note, Professor David Heymann of the London School of Hygiene and Tropical Medicine said that there are “two types” of monkeypox and that the one currently spreading in the West is not the “very lethal” strain which plagues central Africa, in particular.

“[The central African strain] has 10 per cent fatality and it causes a disease that looks like smallpox,” Heymann explained.

“Fortunately, that disease has not spread outside of Africa yet, and hopefully it won’t, because people are very sick and they don’t travel,” he suggested.

“The disease that is occurring in Europe and North America is a west African virus-type-strain which is very moderate, it causes skin rash, maybe one or two lesions on the skin, and it can cause a fever and swollen lymph nodes, swollen glands and muscle aches, but it is not fatal in most cases.

“It can be fatal in very less than one per cent of people, so it is not a fatal disease,” he added.

Protect yourself & others from #monkeypox:
-Isolate & talk to a health worker if you have symptoms
-Avoid skin to skin or face to face contact with anyone who has symptoms
-Clean hands, objects & surfaces that have been touched regularly
-Wear a mask if you are in close contact pic.twitter.com/VSmYMBwrVs

The spread is also troubling scientists in Africa, where monkeypox is more usually detected, with a former head of the Nigerian Academy of Science saying is “stunned” by the outbreak.

“Every day I wake up and there are more countries infected,” said Oyewale Tomori, a virologist who sits on a number of World Health Organization (WTO) advisory boards, in comments quoted by TIME.

“This is not the kind of spread we’ve seen in West Africa, so there may be something new happening in the West,” he said.

Monkeypox in Spain, one of the European countries with a number of confirmed cases, has been linked to a so-called superspreader event at a sauna in the capital of Madrid, with sources telling The Telegraph that “an internationally advertised gay party” in the country is also suspected of being “the root cause of the global monkeypox cases.”

The British health service could offer the smallpox vaccine, which is reasonably effective against monkeypox, to gay men as part of a targeted drive to get the outbreak under control, according to reports.

The World Health Organisation (WHO) director in Europe, Dr Hans Kluge, has insisted that “individuals contracting monkeypox must not be stigmatised or discriminated against in any way.”

🔴Monkeypox cases in Spain have been linked to a superspreader event at an adult sauna in Madrid https://t.co/uy7lMV0VCh