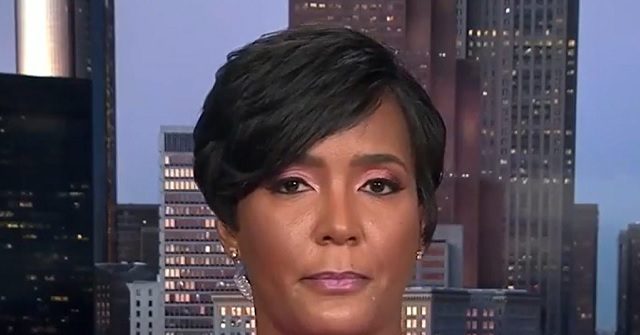 Reacting to a federal judge blocking the Biden administration’s attempt to scrap Title 42, Lance Bottoms said, “There are many members of the party who support the president’s position in lifting Title 42. We know there are several Democrats who have expressed concern. But isn’t that the beauty of the Democratic Party? That you can disagree with the leader of the party and he not try to slash your throat, unlike what’s happening with the Republican Party. So the president has said, and the White House has said that they will appeal this. The White House stuck with what it said it would do, that it would try to lift Title 42, tried to do just that. There is a process, and that process will play out in the courts.”

She added, “The past several years under the Trump action that helped create a lot of the issues that we are now experiencing. So when you talk about a housing crisis, there’s also, as many would say, a labor shortage that Scott related to our inability to have effective immigration policies, policies that were made worse, not made any better under the Trump administration. So what we know is that a vast majority of Americans want to see Title 42 ended, and also the economy, not immigration, seems to be top of the mind for voters right now.”