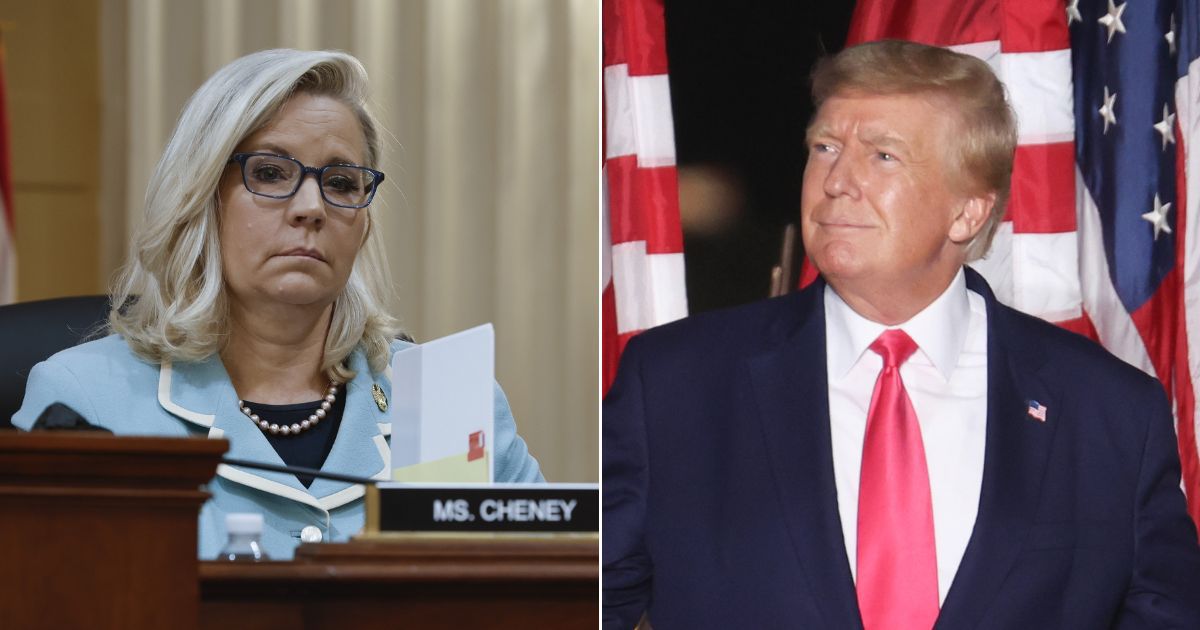 Few things are more twisted than the self-described “principled conservative.”

Oftentimes, the “principled conservatives” anoint themselves with such distinctions for the purpose of self-adulation.

The Wyoming congresswoman has been seemingly heralded — by Democrats and establishment types alike — as the preeminent “principled conservative.”

What does that mean for Wyoming voters? It means their leader would rather talk about “orange man bad” than stop the godless Communists from taking over the country.

It’s no surprise that, because of this, Cheney is expected to lose her Tuesday primary, according to NPR. Furthermore, in an article updated on Tuesday, the Casper Star-Tribune reported Cheney trailing behind her opponent by 29 points.

Her most hated enemy, “orange man bad” himself, was very happy to point this out during a rally on Monday for Cheney’s opponent Harriet Hageman.

“This is your chance to send a message to the RINOs (Republican in Name Only) and the fake news media, the radical left lunatics, that we have unfortunately too many in our country, and you’re going to elect Harriet, and you’re going to tell warmonger Liz Cheney — so bad, so negative — Liz, you’re fired,” Trump said, according to the Independent.

This isn’t the first time Trump has said as much about Cheney, he also did so back in May according to the U.K. Daily Mail.

Do you support Liz Cheney?

And, as Trump spouted off his old “Celebrity Apprentice” catchphrase, the crowd erupted with applause.

President Trump Speaks in Wyoming “The people of Wyoming are going to tell her ‘Liz, you’re FIRED.” pic.twitter.com/tchgC0kQVG

“The people of Wyoming are going to tell her ‘Liz, you’re fired, get out of here,'” Trump said.

There’s no doubt that Trump, the Republican Party and conservatives in general often fall short of perfection.

A truly “principled” conservative would prioritize defending the rights of families, businesses and churches; the innocence of children and the individual freedoms of every American.

Instead, Cheney has opted to show how much more “principled” she is than her peers while they fight in the trenches, desperately trying to preserve some semblance of the American dream for future generations.