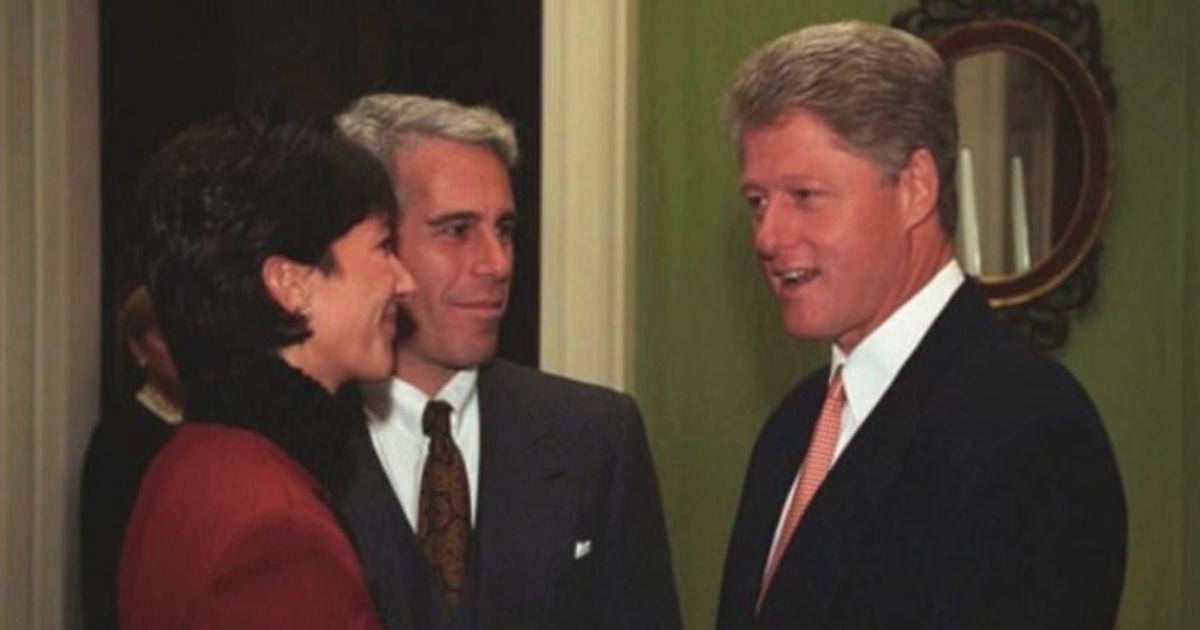 The notorious Jeffrey Epstein visited the Clinton White House over a dozen times with over half a dozen different women between 1993 and 1995, according to new records obtained by the Daily Mail — coming as a relatively small surprise based on what we know about both former President Bill Clinton and the aforementioned sex offender.

Beginning shortly after Clinton’s inauguration in 1993, Epstein made the first of 17 visits to the People’s House, bringing along at least four known girlfriends and several other female companions, according to a report from the British outlet.

Much of Epstein’s private life has come to light in recent months amid the trial of his longtime accused former madame Ghislaine Maxwell, who was convicted in December for grooming and trafficking the underage girls he abused.

Maxwell, who is in prison awaiting sentencing, appears to have joined Epstein in September 1993 in attending a swanky reception after the financier donated $10,000 to the White House Historical Association for renovation projects, becoming the first of his eight companions over the next roughly two years, the Mail reported.

Nothing to see here 😬#Clinton #Epstein #Maxwell in the #WhiteHouse pic.twitter.com/dnvNXxHIJ2

Other names on the logs, according to the outlet, include Celina Midelfart, Eva Andersson-Dubin and Francis Jardine, three of Epstein’s known girlfriends.

The other women named are Jennifer Garrison, Shelley Gafni, Jennifer Driver, and Lyoubov Orlova, although their relationships to Epstein are unclear, the Mail reported.

Midelfart, who would have been 21 at the time (the same age as Monica Lewinsky when she had her liaison with the then-president, as it happens), was alleged during the Maxwell trial to have dated Epstein in the mid-1990s. The Norwegian heiress also once dated former President Donald Trump.

Do you think the Clintons are linked to Epstein's crimes?

Although three witnesses attested to her relationship with Epstein, Midelfart has denied the relationship through a lawyer.

Epstein reportedly visited twice in one day on three occasions during his visits to the Clinton White House, and visited twice when the president himself was away; once on Mar. 24, 1993, with Gafni when Clinton had already left for Texas, and the second time Epstein appeared with Andersson and Jardine on Sep. 26, 1994, at 6:30 p.m. while Clinton was attending the United Nations General Assembly in New York, the Mail reported.

She remained close to Epstein for years after she married Dubin and one of her daughters was the financier’s goddaughter.

Jardine, now Francis Jardine-Deuess, is a former model who lives in South Africa and expressed her gratitude to Epstein for the help he gave her in their relationship.

“He wanted me to develop skills and shared the importance of making the right choices,” her statement read. “People around me misinterpreted my relationship with him because he was definitely more way out than the average man’s idea of what a woman could be or should be to a man.”

“I loved him and grieve for the way his life has turned out. I would have wished I could have expressed myself in a way that might have saved his life,” she stated.

Gafni, an Israeli model, is said by the Mail to have denied ever meeting Epstein or making a private visit to the White House, but is quoted as saying by The Jerusalem Post that while she recalled touring D.C. with family and a “Jewish guy” around that time, she “never made the connection between the Jewish guy that I met a few times 30 years ago and the monster that was revealed in the past few years.”

The man had taken her party on a plane ride tour of the capital, and a woman by that name appears on the visitor logs on Mar. 24, 1993, according to the Mail.

The outlet reported Epstein also appeared at the White House with a Jennifer Garrison on Dec. 21, 1993, and another time with a Jennifer Driver. The Mail, which found connections between several of the women who appeared on visitor logs at the same time as Epstein also appeared in flight logs for his notorious private aircraft, reportedly identified a Mark Middleton, who was serving at the time as special assistant to the president and assistant to the chief of staff, Thomas F. ‘Mack’ McLarty.

Middleton, the Mail reported, authorized the bulk of Epstein’s visits to the White House, and left the White House in 1995 shortly after his last visit, which was on Jan. 28. On the visitor logs of that day, a Lyoubov Orlova appears, which may or may not correspond with a “Luba” on Epstein’s flight logs.

The former Clinton staffer “was accused of setting himself up as an international deal-maker, exactly the kind of person that would appeal to Epstein.”

“In 1996 an investigation by the White House found that Middleton had abused his access to impress business clients and he was barred from the executive mansion without senior approval,” the Mail noted.

Now, to be honest, this log series of visits with an assortment of women may or may not tell us anything new about Epstein and Clinton — both, as it happens, notorious playboys and accused sexual predators.

It has previously been reported both that Epstein visited the White House and Clinton flew aboard the accused sexual predator’s private jet.

Epstein, who allegedly hung himself in his Manhattan jail cell in 2019, has long been said to have kept a lot of dirt on the wealthy, powerful people he roped into his sick underage sex schemes, and it does not appear that his death has stopped the eventuality that, sooner or later, some very damning dirt might come out.

The U.K.’s Prince Andrew, who has been accused by one of Epstein’s victims Virginia Giuffre of abusing her when she was 17, was just stripped of his royal title and military duties by Queen Elizabeth II as he faces a lawsuit from Giuffre in the United States over her longstanding allegations.

Maxwell is awaiting sentencing for the role she played procuring Epstein’s young victims, according to the testimony of four women who recounted the abuse and manipulation they suffered, and her legal team has now dropped an effort to keep the identities of eight “John Does” named in a previously settled lawsuit hidden.

The names of these men could soon be revealed as part of Giuffre’s lawsuit.

The Epstein tree has been shaking and shaking these last few years. It doesn’t seem like anything’s about to stop falling out any time soon.