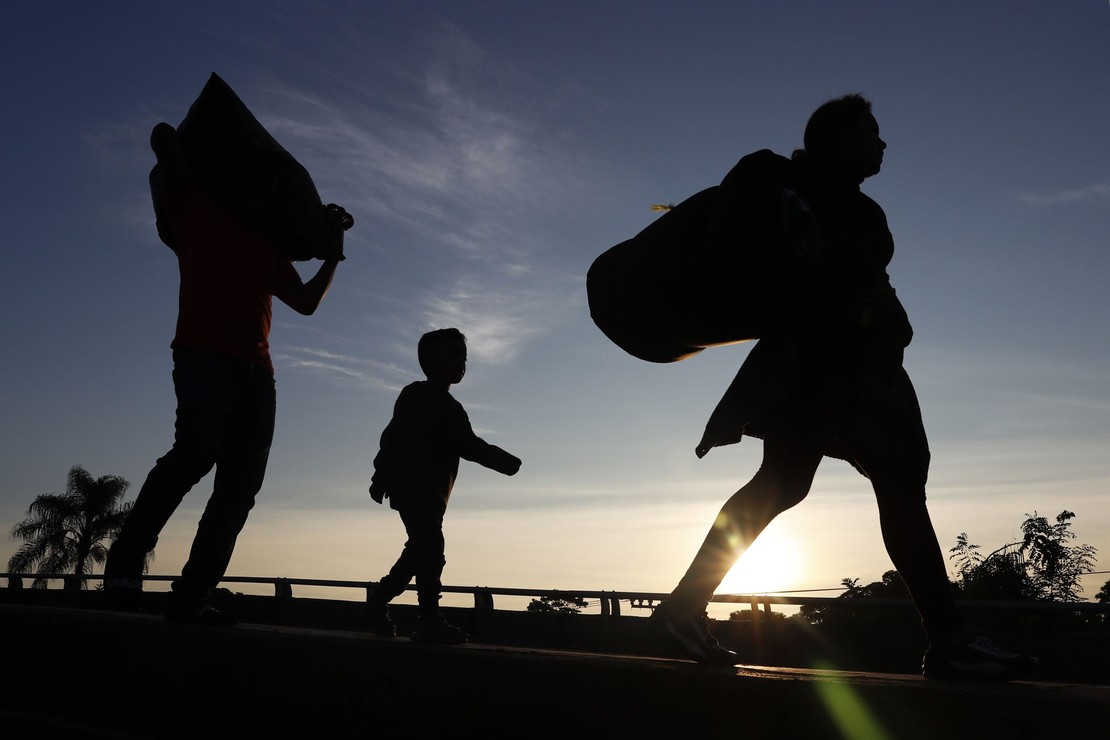 It sounds like progress is being made from the headline, but let’s take a step back and check out what is really happening. At first glance, it might be assumed that bonds are forming and relationships are being forged to solve the illegal migration crisis happening in the Western Hemisphere, specifically at the U.S. southern border.

Alas, no. This meeting at the White House could be best described as a follow-up to the Summit of the Americas held in June in Los Angeles. That is where the Los Angeles Declaration on Migration and Protection was signed. To refresh our memories, the Biden White House botched the planning of the Summit of the Americas (shocker, I know) and had to send Jill Biden (!) to Latin America to smooth some ruffled feathers. When she traveled to Latin America in May, just about a month away from the opening of the summit, only about half of the invited countries had accepted their invitations.

It would have been hugely embarrassing for the administration, especially since the Summit of the Americas was being hosted in the United States for the first time since the inaugural summit in Miami in 1994. Even the president of Mexico was threatening to organize a boycott of the event, described by Biden as “President Biden’s highest priority event for the region” on the State Department’s website. It was thought to be falling apart right up to the last minute. In what I described at the time as an ominous sign of coming stumbles, Joe Biden stumbled as he went up the stairs to Air Force One, leaving Washington, D.C. It wasn’t as bad as when he did that in March 2021, but still. It wasn’t good.

A declaration was signed by the nations present at the Summit of the Americas. It is called Los Angeles Declaration on Migration and Protection. In the declaration, governments committed to expanding temporary worker program, bolstering legal pathways for refugee resettlement and family reunification, cracking down on human trafficking, and providing support to countries with large migrant populations.

The meeting at the White House, which included representatives from 19 countries, was mostly an opportunity for National Security Adviser Jake Sullivan and Homeland Security Adviser Liz Sherwood-Randall, among other White House officials, to discuss implementation of the declaration and appoint a special coordinator for each country. It sounds as though it was just an administrative meeting which created task assignments.

“This was another building block,” the senior administration official said. “We agreed collectively on a set of what we’re calling action packages, or plans of action, that focus on specific priorities such as labor mobility, refugee resettlement, return and reintegration, working with financial institutions on stabilization, temporary protected status and regularization.”

The official cited Ecuador as a country that has followed through on its commitment this year to set up a process for Venezuelans who have moved to the country but declined to provide details on additional actions that are in motion.

Other countries that have moved forward on commitments include Canada, which announced efforts to support displaced people and their host countries, and Guatemala, which dismantled a transnational human smuggling organization, according to a White House readout of the meeting.

If you are looking for the name of Kamala Harris in this post, don’t bother. Our border czar who keeps telling us she is concentrating her efforts on the root causes of illegal migration was not in attendance. She is in Asia this week. You’d think that if Kamala is serious about working on solutions of the root causes (she’s not), her office would have coordinated with the offices of Jake Sullivan and Liz Sherwood-Randall to schedule the meeting when Kamala could attend. Alas, it’s all a farce. The only thing Kamala is working on these days, besides traveling, is speaking about abortion and getting out the vote for the November midterm elections.

One topic discussed at the White House was the sharp increase in migrants coming from Venezuela. There has been a shift in migration from primarily the Northern Triangle countries (Honduras, Guatemala, and El Salvador) to Venezuela, Nicaragua, and Cuba.

“We do find that a lack of coordination leads to more migrants being exploited,” the senior administration official said. “There’s consensus that there’s value in us working more closely and trying to synchronize our policies.”

Additional announcements are expected next week at the Los Angeles Declaration meeting of Foreign Ministers in Lima, Peru.

Meetings and more meetings. Don’t hold your breath for anything to really change at the southern border any time soon.