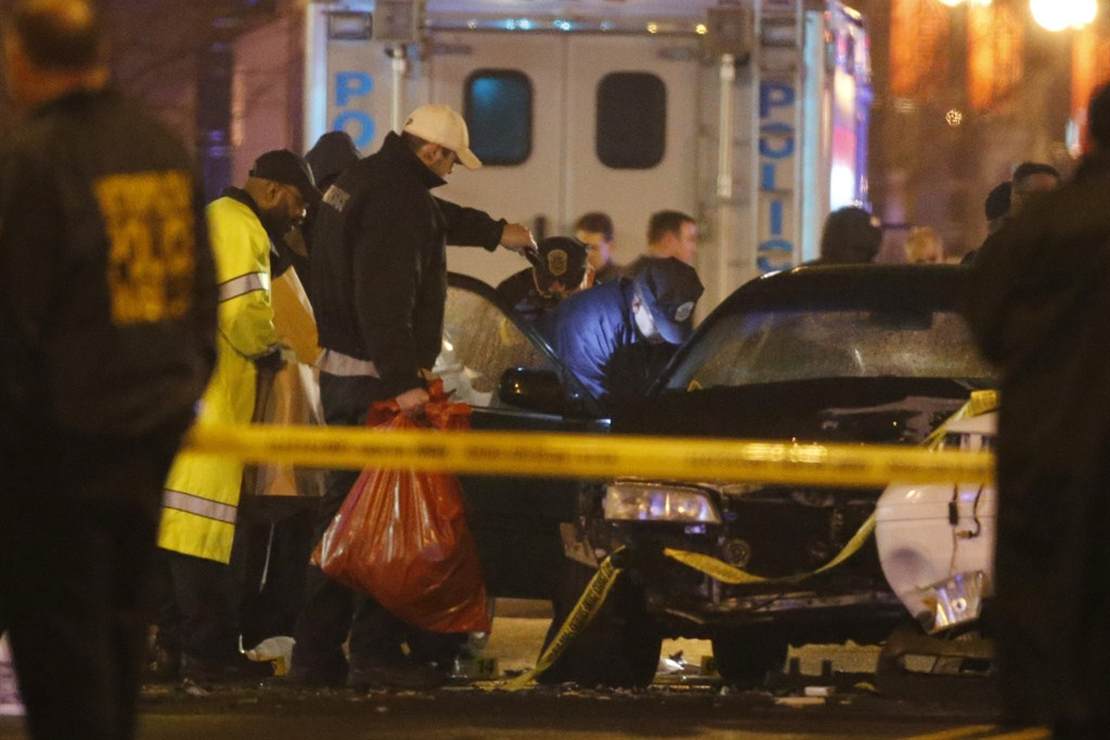 This weekend, Washington Post op-ed writer Colbert King continues his annual tradition of taking stock of the violent crime statistics in the nation’s capital. Sadly, there was a lot of counting to do when it comes to the subject of murder. There have already been more than 200 killings in Washington and there are still five weeks to go in 2021. That’s a murder rate that hasn’t been seen in the city since 2003. Of course, most major cities have seen spikes in violent crime over the past couple of years, particularly in cities that chose to defund their police departments. (Washington did that last year, but to her credit, Mayor Muriel Bowser is currently working with the City Council and Police Chief Robert J. Contee to restore funding to the police force and bring its numbers back up.)

Seeing DC’s murder numbers soar past 200 is perhaps even more alarming than the raw figures would suggest. Consider for a moment the fact that Washington is a city with a population of 690,000. A total of more than 200 murders doesn’t put them at the level of Baltimore yet (Charm City is already well over 300 this year and has roughly 90,000 fewer people) but they’re treading dangerously close to that territory. By contrast, New York City has recorded roughly 370 murders this year and they have a population of almost 19 million.

It’s also worth noting how tightly compressed the murders in DC have been. The entire capital takes up only 68 square miles, while Baltimore squats on almost 100 square miles. And significant portions of DC almost never see any murders or gang violence because they are literally crawling with Secret Service and Capitol Hill Police every hour of the day and night. The majority of violent crime is taking place in the southeastern part of the city. To put it mildly, Washington has a murder problem.

Later in the piece, we get to the heart of the question being put on the table and it’s there that Colbert King treads on some potentially dangerous territory in this column. He points out that the “rifle, pistol, machete are not mind-controlling devices that make people do what they ought not to do. Guns, knives, tire irons are means.” That’s getting uncomfortably close to saying guns don’t kill people. People kill people. And those words should be totally verboten in the WaPo during normal times. With that serving as the preface, King asks the question that we highlighted at the top. Why do people kill each other?

Many years ago, my enrollment in ROTC to become an Army officer included attendance at a summer training course using firearms with live ammunition. After military service, I did a stint in the U.S. State Department that involved training and carrying a .38 Special and later a .357 Magnum as duty weapons in a couple of protective assignments.

Those weapons never made me want to kill anyone. What does create that urge?

Our crisis — the urge to kill — is the curve that needs flattening. Otherwise, the annual homicide threshold will keep rising even as mothers, grandmas and other loved ones weep, and bodies continue to fall.

While I would agree with Colbert King in principle that if you could somehow reduce “the urge to kill” you could slash the murder rate, he’s talking about fundamentally altering human nature, at least for a portion of the population. Short of dumping a load of sedatives into the city’s water supply for the entire year, there probably isn’t any sort of silver bullet (pardon the analogy) that reduces the frequency of violent crime.

Consider the various emotions and motives that King lists as reasons for pointing a firearm at someone and pulling the trigger. He offers up rage, greed, revenge, jealousy, fright, and mental illness. I’m not going to pick nits here, so let’s allow all of those as fair game. If we’re limiting the instances of murder to intentional, illegal attacks, the vast majority of killings in DC and other cities fall largely into two categories. They tend to be either domestic violence or gang violence. We can tuck revenge, jealousy, rage, and fright into the domestic violence category in many cases. But concepts like greed and revenge fit neatly into endemic gang activity such as is seen in parts of DC, Baltimore, and too many other cities. We can add a desire to control power and illicit profits into the mix.

I would argue that you don’t eliminate or even significantly reduce the driving factors leading to gang-related murders without eliminating the gang culture that spawns them. And that’s a puzzle that no metropolitan police force or municipal government has been able to solve in the history of the nation. It could be significantly reduced if the next generation of urban youth living in poverty were steered clear of those paths very early in life and given the opportunity to complete a good quality education and develop a strong work ethic.

But those sorts of things can’t be imposed from above. Massive amounts of money have been flushed into the public school systems in our cities without creating any sort of systemic change for the better. We’re talking about a change in culture, and that has to begin with the family. Efforts by government leaders to improve the status quo are, of course, welcome. But as dismissive as it may seem to say this, things only truly start to change when you have the desire to change them yourself and the tools to do so. And it can’t be just one family. It has to be a trend that sweeps over entire communities. If someone figures out how to make that happen in DC, Baltimore, and the rest of our cities, please let me know because I’d love to see it.