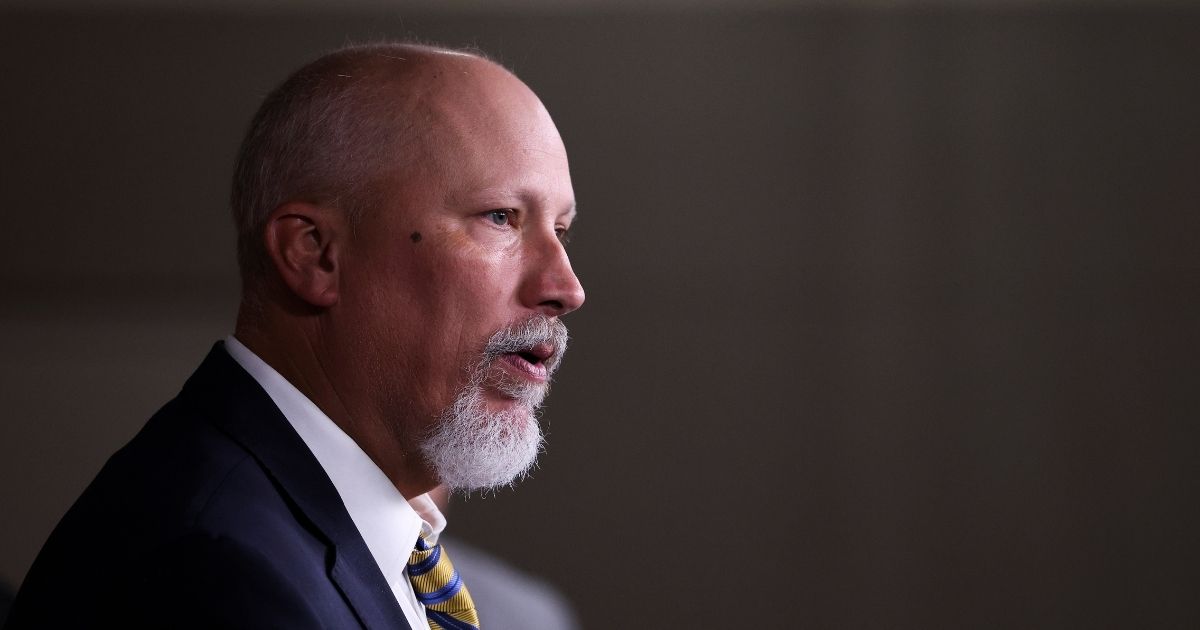 There are days when one wonders why the Republican Party thinks they deserve the support of conservatives.

The Reagan revolution turned 40 this year. What do we have to show for it? Roe v. Wade hasn’t been overturned, although there’s a glimmer of hope on that front. There’s no hope on spending; Republican presidents and Congresses might slow the deluge a bit, but they’ve never managed to successfully turn off the debt spigot and have proved especially useless during the last three presidencies.

Our debt now stands at almost $29 trillion — but now the GOP is really putting their foot down on the debt ceiling. Seriously, guys, they mean it this time. It’s not like all of the other times where the Republican establishment has performatively held up passing a debt ceiling increase, only to capitulate shortly thereafter.

And, yes, anti-establishment conservatives have made inroads since 2016 and Donald Trump’s election. The establishment still remains standing, though, and it’s so thoroughly rotten that 134 GOP representatives voted to approve a defense spending bill that all but ensures women will be subject to the draft.

Trump's Surgeon General Says He Tried to Refinance His Mortgage, But Biden Admin Pulled a Dirty Move to Stop It from Happening

In fact, the only thing stopping the NDAA from passing smoothly was the House Freedom Caucus. The Washington Examiner noted that GOP Freedom Caucus member Rep. Chip Roy of Texas was the most vocal opponent of the bill, making a motion to adjourn the House during the debate in protest of Democratic leadership not allowing a vote on a proposed amendment to remove the draft provision. The motion forced the entire House to vote and delayed business in the lower chamber.

“I will always vote against any bill that permits the government to draft my daughter and I will not support any Republican who votes in favor of its final passage, regardless of excuse,” Roy said.

While we haven’t had a draft since the Vietnam War days, 18-year-old men still have to register with the Selective Service System. The NDAA removes the language specifying “male citizen” or “male person” when it comes to who needs to register, replacing it with “citizen” and “person,” respectively.

First, this bill forces young women to register for the draft, which Rep. Roy has been against from the start.

“A vote for this #NDAA is a vote to draft your daughter, your sister, your mother & your wife” pic.twitter.com/IEhONWd7mu

That wasn’t the only woke provision of the NDAA, however. Roy’s office cataloged some of the other unpleasant changes wrought by the Democrats, including red-flag laws for summarily seizing the firearms of service members and a proposed Office of Countering Extremism which sounds every bit as Orwellian as the name implies.

Given the rampant wokeism we’ve seen in Biden’s Pentagon, you know EXACTLY how this will be used. pic.twitter.com/8p84rkhE0k

There’s also language that stipulates “any new non-tactical Federal vehicle purchased by the Department of Defense for use outside of combat should, to the greatest extent practicable, be an electric or zero-emission vehicle.”

It also contains a “plant-based protein pilot program” which stipulates that the term indicates “edible products made to approximate the taste and texture of livestock-based protein, or vegan or vegetarian meat alternative product made using plant and other non-livestock-based proteins that are consistent with the nutritional properties of meat products.”

And if electric military vehicles aren’t your thing, maybe we can interest you in some fake meat?

The NDAA directs the Navy to spend time on a pilot program to offer plant-based protein options at forward operating bases. pic.twitter.com/b3MO445bJS

(8/9) The bill also uses the military as a vehicle to advance gay and transgender agenda politics without any serious debate.

So yes, 134 Republicans just voted for that.

A woke military that drafts our daughters, wastes resources on Green New Deal garbage, holds no one accountable for Afghanistan disaster, and prioritizes playing leftist politics over destroying our enemies.

If you want to find out if your representative voted for the NDAA, you can the roll call here. Keep in mind that it’s not just the list of the usual GOP disappointments who voted yea on this one. House Minority Leader Rep. Kevin McCarthy of California voted for it, as did House Minority Whip Rep. Steve Scalise of Louisiana and Reps. Jim Banks of Indiana, Dan Crenshaw of Texas and Elise Stefanik of New York — usually names one would hope to see on the opposite side of the ledger.

Banks defended his position to the Washington Examiner by saying he didn’t want his daughters drafted either, but, you know, we’re going to keep on debating whether or not that happens.

“The NDAA is never perfect, and this is the case where the good far outweighs the bad,” Banks said. “I have daughters, I don’t want them drafted into the military. I want our military to be a volunteer force. But I think those debates are going to continue to occur even after the NDAA goes into effect.”

Not really, Rep. Banks. You just voted for an NDAA that ends that debate entirely. And, if your GOP brethren in the upper chamber have the same attitude, they’ll pass it, too.

GOP Rep. Brad Wenstrup of Ohio, meanwhile, said just because a woman is drafted doesn’t necessarily mean they’ll be on the front lines.

“There are still physical requirements for certain jobs that you have to be able to perform and fulfill,” said Wenstrup, a former Army surgeon, to the Examiner. “It doesn’t mean that, you know, if there is a draft, a woman necessarily has to go be in the infantry.”

A draft implies a lack of choice in the matter, however — and whether or not a woman wants to serve in the military or whether they want to serve on the front lines has always been a choice.

Should women be drafted?

For that matter, it’s been a voluntary matter for men since the Vietnam War, as well. However, the Selective Service requirements have always reflected a bedrock cultural value: that, if military conscription is required due to the exigencies of warfare, it’s a uniquely male responsibility to answer the call.

On Thursday, the House of Representatives voted to throw that shared value out the window.

It’s no surprise Democrats voted that way; the left currently seeks to eliminate any difference between male and female, no matter how glaringly biological or natural that difference may be. Protecting the right of women to stay out of the draft is less important than protecting the right to soy meat, as far as the Democrats are concerned. That 134 Republicans joined them in their delusions is a disgrace, however.

Congress is better in Republican hands than in Democrats, but there are days you wonder how much better.

Has the GOP earned your vote through their actions? Ask your daughter when she fills out her Selective Service card.