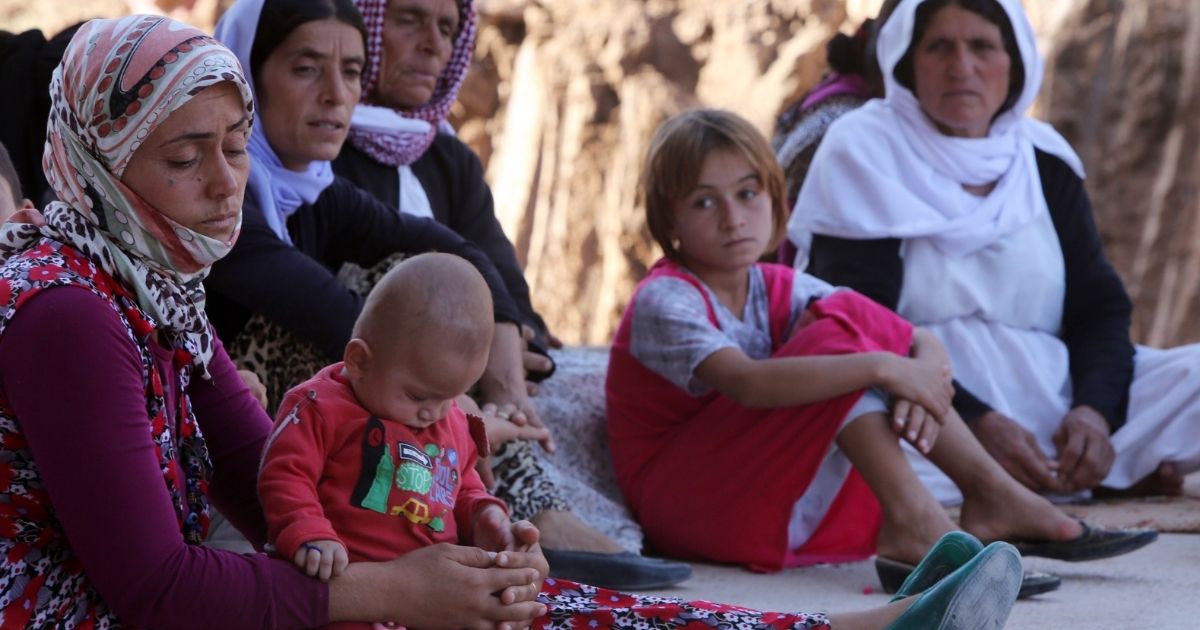 Nadia Murad was just a teenager when she was taken by the Islamic State and sold into sexual slavery, raped and tortured. But she survived and escaped.

Murad shared her story in the 2017 book “The Last Girl: My Story of Captivity, and My Fight Against the Islamic State” and won the Nobel Peace Prize in 2018.

Now 28 years old, she speaks out on behalf of survivors of genocide and sexual violence.

However, Murad was canceled in Canada.

She was scheduled to visit with students from the Toronto School District in February to talk about her book and some of her experiences, The Telegraph reported Nov. 24.

But Helen Fisher, superintendent at the Toronto District School Board, said the district’s students wouldn’t participate in the event because it could “foster Islamophobia.”

The school district faced an immediate backlash — leading a spokesman to say Sunday that the decision was being reviewed and issue an apology to Murad.

Tanya Lee, a Toronto mother and entrepreneur, runs the book club for teenage girls hosting the event with Murad. The club works in partnership with the district, according to the Toronto Star, with the school board “encouraging students to read the books and take part in the club’s monthly discussions.”

In a statement to the Telegraph, Lee said, “The book club event for ‘A Room Of Your Own Book Club’ with Nadia Murad will go ahead across Canada in February. The TDSB has not committed to letting their students attend. This is unfortunate for all involved. A great loss to the students, community, and educators at the TDSB.”

Do you think students should read Murad's book?

She also sent an email to Fisher outlining what the Islamic State group really is.

“This is what Islamic State means. It is a terrorist organisation. It has nothing to do with ordinary Muslims. The TDSB should be aware of the difference,” Lee wrote to the superintendent, according to the Telegraph.

So the Toronto schools superintendent, in a show of trying to be equitable, equated all Muslims with the radical terrorist group.

But to make things even worse, canceling Murad looks like discrimination against the Yazidis, an ethnoreligious minority against which the Islamic State group committed acts of genocide.

Murad is Yazidi. When the Islamic State began rampaging through Iraq in 2014, the Yazidi community was one of its main targets, and the 14-year-old Nadia was among those who faced ruthless persecution.

Since the Yazidis are not Muslim and instead practice a different faith that “combines parts of several ancient Middle Eastern religions,” the Islamic State militants considered them to be devil worshipers, the Voice of America News reported.

They did their best to brutally and horrifically eliminate the Yazidis.

The U.N. Office for the Coordination of Humanitarian Affairs estimated that thousands of Yazidi men were massacred while thousands of women were enslaved.

In Murad’s village alone, 600 Yazidi men, including several of her family members, were killed.

“[T]he United Nations estimates that 5,000 Yazidi men died in the massacre,” OCHA reported. “Yazidi men who refused to convert to Islam were executed and dumped in mass graves; many boys were forced to become child soldiers.

“An estimated 7,000 Yazidi women and girls, some as young as nine, were enslaved and forcibly transferred to locations in Iraq and eastern Syria. Held in sexual slavery, survivors reported being repeatedly sold, gifted, or passed around among ISIS fighters.”

As one British attorney told the United Nations, the Islamic State group tried “to destroy the Yazidi, physically and biologically.”

So shutting down the Murad event in Toronto would silence an important story — one that is a testament not just to the Islamic State’s horrific acts but also to the resilience of survivors and the remembrance of the thousands that lie in mass graves.

“Sometimes it can feel like all that anyone is interested in when it comes to the genocide is the sexual abuse of Yazidi girls, and they want a story of a fight. I want to talk about everything – the murder of my brothers, the disappearance of my mother, the brainwashing of the boys — not the just rape,” Murad said in her book.

Murad is dedicated to helping survivors and also redeveloping the Yazidi homeland that the Islamic State group destroyed.

She founded Nadia’s Initiative, an organization “dedicated to rebuilding communities in crisis and advocating globally for survivors of sexual violence.”

“When ISIS launched their genocidal campaign, they not only killed and kidnapped Yazidis, but also destroyed the Yazidi homeland to ensure the community could never return,” the Nadia’s Initiative website says.

In light of the backlash it received, the Toronto District School Board told Fox News on Sunday that the staff was now reviewing Murad’s book.

“The event has not been cancelled,” spokesman Ryan Bird told Fox News.

“Earlier this month, an opinion that did not reflect the position of the Toronto District School Board was shared with the organizer of a book club prior to staff having an opportunity to read the book — something that is routinely done before giving them to students,” Bird said.

“Staff are currently reading the book and anticipate being able to add it to the list of titles used in the corresponding course(s) very shortly. We have apologized to Ms. Murad for this error and believe she has a powerful story to share with our students.”

People need to hear Murad and the Yazidi people’s story. If voices like Murad’s are silenced, then the Islamic State group partially succeeded. That is what the Toronto District School Board needs to consider.


The Western Journal is pleased to bring back comments to our articles! Due to threatened de-monetization by Big Tech, we had temporarily removed comments, but we have now implemented a solution to bring back the conversation that Big Tech doesn't want you to have. If you have any problems using the new commenting platform, please contact customer support at [email protected]. Welcome back!