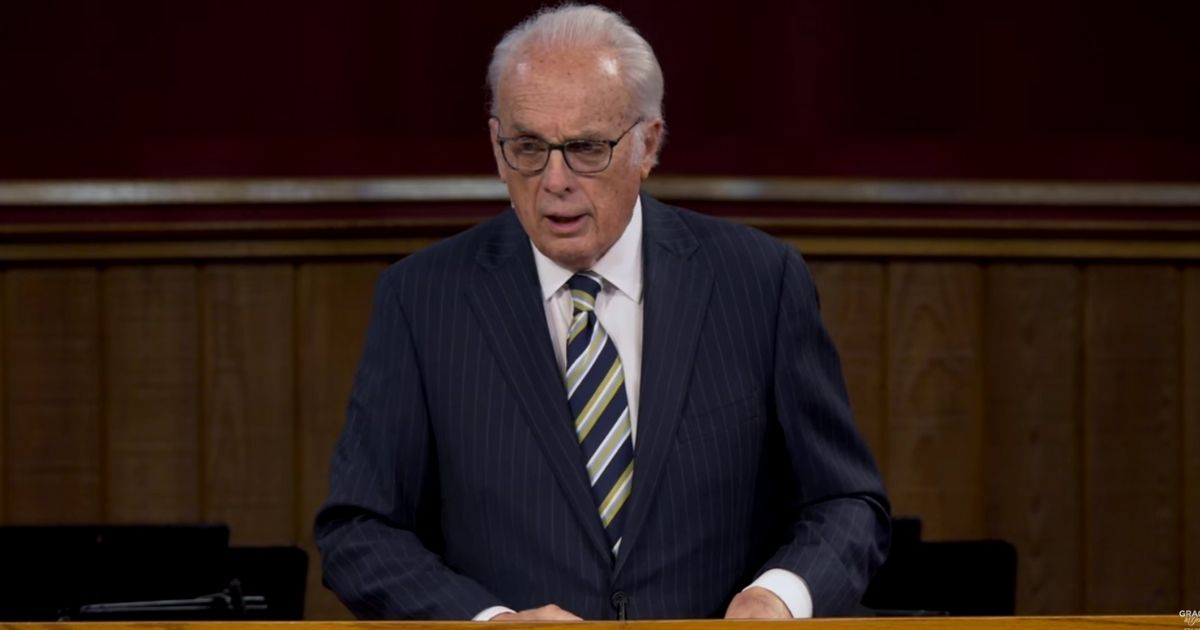 The sermon was posted online, but YouTube removed the video and labeled it “hate speech.” It was later re-uploaded to YouTube, but in its initial move, YouTube did officially label it as hate speech.

MacArthur’s sermon was part of a nationwide effort among pastors and churches to teach about biblical sexuality on Jan. 16. This was a response to raise awareness about the new Canadian law that bans the promotion and practice of conversion therapy for transgender or homosexual persons, ChurchLeaders.com reported.

Conversion therapy is a practice meant to change a person’s sexual identity and orientation. After previously failed attempts, Canada passed legislation at the end of 2021 that made it illegal to provide, profit off of or promote conversion therapy. The new law took effect on Jan. 7, NPR reported.

“It’s official: Our government’s legislation banning the despicable and degrading practice of conversion therapy has received Royal Assent – meaning it is now law. LGBTQ2 Canadians, we’ll always stand up for you and your rights,” Canadian Prime Minister Justin Trudeau tweeted.

The idea of conversion therapy has been condemned by major organizations such as United Nations, World Health Organization and Amnesty International, as well as medical associations throughout the world, NPR reported.

But the concern among Christians is that this new ban in Canada could lead to the ban of biblical teaching on sexuality, CBN News reported.

Preachers and Christian leaders have protested the law. More than 4,000 Christian pastors publicly expressed their willingness to protest from the pulpit, Fox News reported.

MacArthur was one of those pastors.

Could this be considered religious persecution?

“There is no such thing as transgender. You are either XX or XY, that’s it. God made man male and female. That is determined genetically, that is physiology, that is science, that is reality,” he said on Sunday in his Los Angeles church, as CBN News reported.

“On the one hand, the reality of that lie and deception is so damaging, so destructive, so isolating, so corrupting that it needs to be confronted, but on the other hand, that confrontation can’t exaggerate what already exists, which is a sense of feeling isolated in relationships,” he added.

His outspokeness about sexuality was interpreted by YouTube as hate speech toward the LGBTQ+ community.

“Our team has reviewed your content, and, unfortunately, we think it violates our hate speech policy. We’ve removed the following content from YouTube: ‘There is no such thing as transgender. You are either XX or XY. That’s it. – Pastor John MacArthur,'” Starnes said YouTube told him.

Starnes commented that, “In other words, YouTube affirmed the Canadian law by banning any opposition to transgenderism on their platform.”

This is not the first time that MacArthur and his church have come under fire. During the pandemic, Los Angeles County tried to shut down Grace Church for defying COVID restrictions and standards.

Jenna Ellis, special counsel for the Thomas More Society, who represented MacArthur during that suit, commented on the current situation with YouTube.

“The big tech oligarchy in the United States is implementing the equivalent of Canada’s insane law by censoring truth and the right of pastors to teach the Bible,” Ellis said, as Christian Headlines reported. “If Americans don’t stop big tech, this new Regime will circumvent the Constitution to foreclose our fundamental rights to speak and exercise religion and the impact will be devastating.”

Though YouTube has restored the video, the whole debacle nonetheless demonstrates the cultural barometer toward religion and sexuality.

This whole situation should come as no surprise, considering the cultural sentiment toward the LGBTQ+ community. There has been strict protection of all gay rights, while those who choose to speak out for traditional and biblically defined sexuality have been lambasted by media, tech and others.

But now this campaign has targeted religious freedom and speech itself.

MacArthur appears to be one more victim of this trend as it sways toward religious persecution.