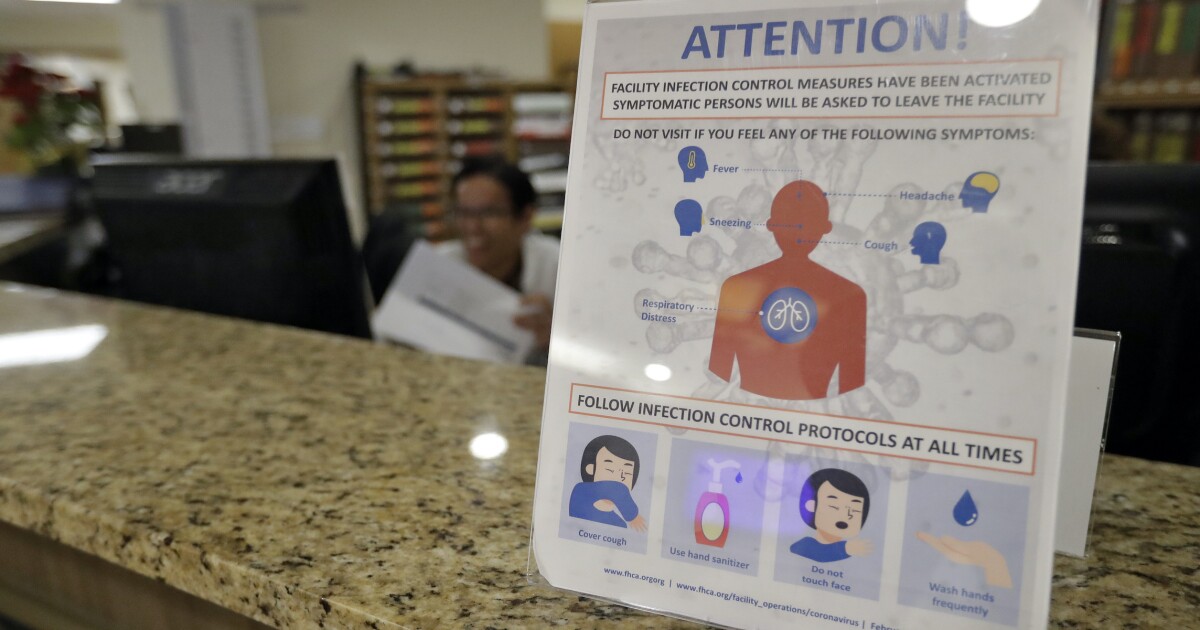 Nursing home and long-term care center residents account for about 40% – more than 7,000 – of the 17,861 deaths attributed to COVID-19 in Florida, but the nation’s largest senior advocacy group says the state is performing well in protecting nursing home residents.

According to a recently released report by AARP, Florida’s 694 nursing homes and long-term care centers reported an average of two active COVID-19 cases for every 100 residents, better than the nationwide average of 2.8 active cases per 100 residents during a four-week span ending Oct. 18.

There were 4.5 active cases per 100 residents at Florida nursing homes and long-term care centers during the previous four-week span, according to the AARP dashboard, which uses self-reported data from the Centers for Medicare & Medicaid Services (CMS).

“Let’s start with the most important thing first: Florida ranked better than the national average in numbers of nursing home resident deaths and infections from COVID-19,” AARP Florida Director Jeff Johnson said. “Florida also performed better than the national average in protecting (188,787 state long-term care center and nursing home workers) against COVID-19 infections and in having at least a week’s worth of personal protective equipment on hand. That’s all good news.”

Johnson, however, cited a disturbing trend in the “good news,” especially as Florida sees spikes in cases; new COVID-19 cases topped 10,000 on Sunday for first time since July.

In the past two weeks, Florida added 41,304 new cases and 397 deaths, according to the Florida Department of Health (FDOH), bringing the overall death toll of residents to 17,861.

While there’s “good news” in the low number of active cases among Florida’s 140,000 nursing home and long-term care center residents, Johnson said the cases that do exist are widespread.

One-third of state’s nursing homes and long-term care centers reported at least one COVID-19 case during the four-week period, making them ineligible for relaxed visitation standards – 14 days of no reported cases – authorized by Gov. Ron DeSantis on Sept. 1.

“Unfortunately, there is no reason to look at this data and conclude that the pandemic no longer poses a risk to frail and vulnerable older Floridians,” Johnson said. “We must keep our guard up, especially if the virus once again is on the rise this winter.”

By contrast, according to the FDOH, people under age 35 make up 41% of the cases but less than 1% of deaths attributed to the disease in Florida.

As of Sunday, 7,002 of those 65-years-old-and-older Floridians who’ve died from the disease were nursing home or long-term care center residents, with 22.7% in Miami-Dade and Palm Beach counties.

In the October report examining Florida COVID-19 numbers reported between Aug. 24 and Sept. 20, 1.38 of every 200 nursing home residents in Florida died from COVID-19, according to AARP, higher than the national rate of 1 for every 200 residents.

About 4.5% of Florida nursing home residents tested positive for the disease during that period, compared with 2.6% nationally, according to AARP.