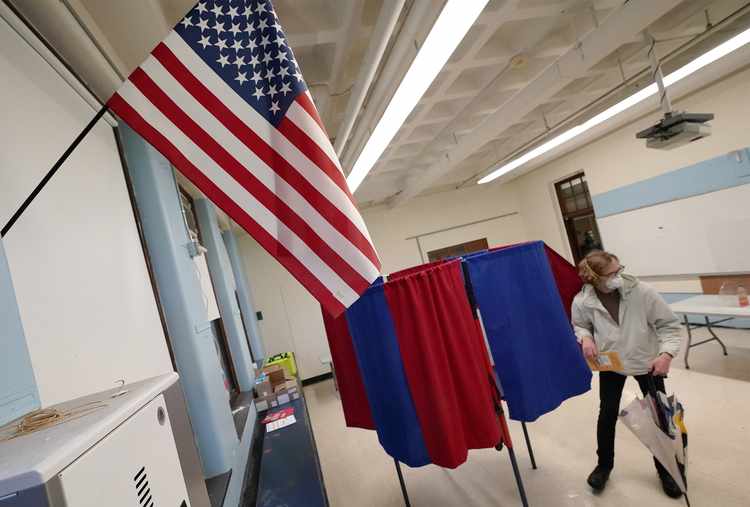 When we were kids on the playground and there was an angry dispute, someone would always shout “majority rules.” And we'd vote.

If the losers didn't like the outcome, there were two options: punch the winners in the stomach or take the ball and go home.

It worked on our playgrounds because a punch in the stomach isn't the end of the world, exactly. You could punch a kid, or he could punch you, and half an hour later you could both ride your bikes to a convenience store for a Slurpee. You could always find a ball somewhere. There was always the next afternoon to get out there and play.

But is majority rule any way to run a country — of 50 separate but united states — if what you're interested in is protecting the rights and the liberty of all?

When it was weak, the American political left was keenly interested in liberty and the rights of the minority. But now with power just exceeding its grasp, on the verge of flipping the Senate, the left wants to change the rules we've lived by since the early 1800s and abolish the Electoral College.

There are two reasons they want to abolish the Electoral College:

One, of course, is Trump. And the other is power after Trump.

President Donald Trump won the election in 2016 through the Electoral College, not the popular vote. And now he's stubbornly holding on to the dream that his court challenges of elections in key swing states will flip reality on its head and give him another term at the expense of Joe Biden and the Democrats. I don't see that happening.

Yet he persists. This enrages his opponents, though wasn't Hillary Clinton applauded for telling Biden before the election not to concede under any circumstance? That a close race would come down to absentee votes and the counting would drag out? That was her advice.

Unofficial totals show Trump received about 73 million votes this year, more than he got in 2016. But Biden received about 79 million votes, almost 6 million more than Trump. Yet if Trump had picked up just a few thousand more votes in Arizona, Pennsylvania and Georgia, and took those states' electoral votes, he would have won the White House in 2020.

So now The Washington Post Editorial Board, news pundits and Democratic Party politicians want to do away with the Electoral College and have presidents elected by simple majority, which would give power to elect presidents to the population-rich coasts and make most states obsolete.

“Americans are not going to be satisfied with leaders who have been rejected by a majority of voters, and they're right not to be,” says the Post. “It's time to let the majority rule.”

At least the Post had the decency to admit their scenario wouldn't likely happen, and that if it did, there may be “unintended consequences.” You can drive a whole fleet of Amazon delivery trucks through “unintended consequences” and think of your good intentions, and pretend you bear no responsibility for what happens down that road to hell.

Hundreds of years have passed since the framers established the Electoral College. And the genius of America is that it worked and still works.

Now, politicians seeking the presidency have to stop in Iowa and stand by the hay bales and wear jeans. But without the Electoral College, they won't come near an Iowa hog. They wouldn't think about Minnesota or Maine or Missouri or Mississippi.

They'd fly to the coasts where the population is centered, spend all their money and time catering to New York and California and large urban areas and ignore many of those flyover states. And what would happen?

If the answer is “majority rules,” why stop with the White House?

Why not put the Bill of Rights up for popular vote?

Then we could decide those “freedom of religion” and “freedom of speech” issues once and for all.

You don't like what somebody says or writes, or how they worship? You won't have to wait for Twitter and cancel culture. Why not just put it all to a vote and let majority rule on the First Amendment?

You don't want somebody you don't know in another state to have a gun? The very thought of some grandmother owning a gun to protect herself in a city where the police have been defunded triggers you?

With majority rule, all you have to do is get your side together and vote and get government to take that grandma's gun.

Same for unreasonable search and seizures by the government. Perhaps you might not mind government searching and seizing what it thought best from those you despise on the other side of the political divide.

That's majority rule for you, without much concern for liberty.

Of course, someday, you might be in the minority. You might remember that someone mentioned “unintended consequences.”

You might think about the tyranny of the majority. But it'll be too late.