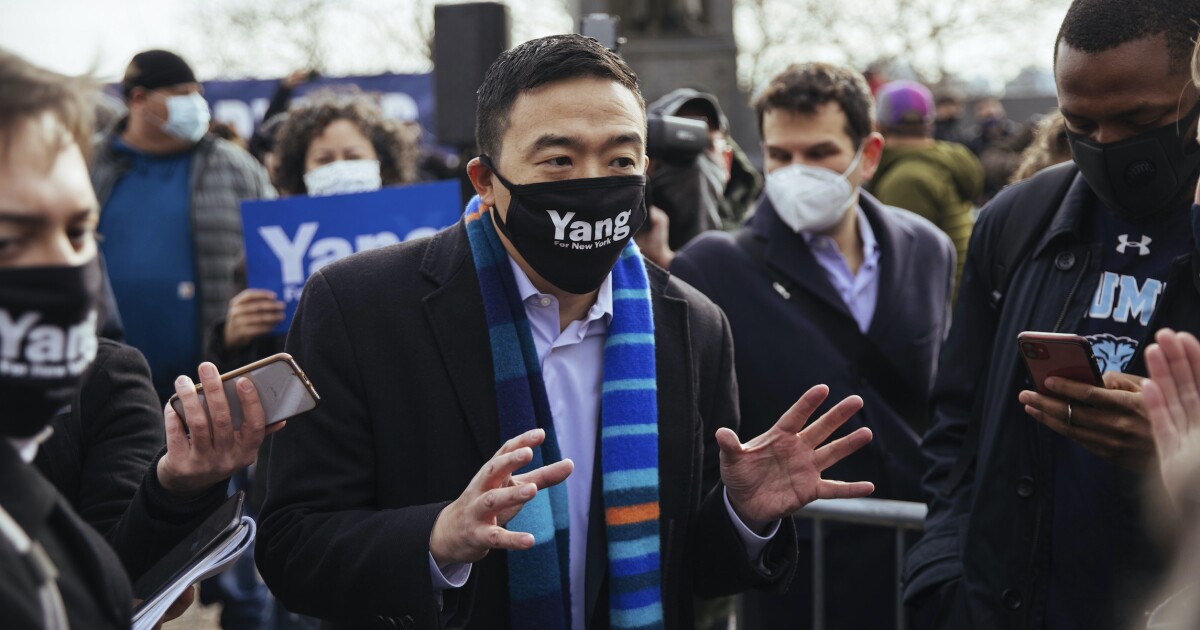 New York City mayoral candidate Andrew Yang rushed to help a photographer facing an assault by a man holding a metal pole and is being credited with de-escalating the situation.

Yang, a former 2020 presidential contender who is considered the front-runner to replace Mayor Bill de Blasio, was aboard the Staten Island Ferry on Friday when the incident occurred. Getty photographer Spencer Platt told the New York Post that he was part of a group of press traveling on the boat with Yang, when all of a sudden, a passenger became aggressive.

Platt recounted being on the phone when a man in jeans and a cowboy hat suddenly approached and stood mere inches from his face at about 11:15 in the morning.

“I just said, ‘What’s up?’ He immediately shoves me, I kind of tumble down,” Platt said. “I get back up, and he raises a steel bar, a broomstick handle, over his head. … He looks like he’s ready to strike me.”

Yang then jumped into action, making his way toward the two. The mayoral candidate said the unidentified man recognized him and began to calm down.

“I got up and tried to intervene as quickly as I could. I’m thrilled that when he turned, he saw me and recognized me, and the situation de-escalated quickly,” Yang told the Staten Island Advance.

Yang added that he thinks most people would have had that same impulse to spring into action and “try and do anything that you can to protect somebody who might be threatened or endangered.”

Platt said he was thankful that Yang was there to diffuse the situation.

“They came running out, Yang in the lead,” he recalled. “I was really grateful. I do think that guy was — something was really off about that guy.”

“If they hadn’t jumped up and ran out, he would’ve clocked me definitely,” Platt said.

Police showed up after the incident, although it is unclear what happened to the man. The Washington Examiner reached out to the New York Police Department to see if any arrests were made but did not immediately receive a response.

WHO Skips ‘Xi’ in Greek Alphabet for Naming Coronavirus Variants