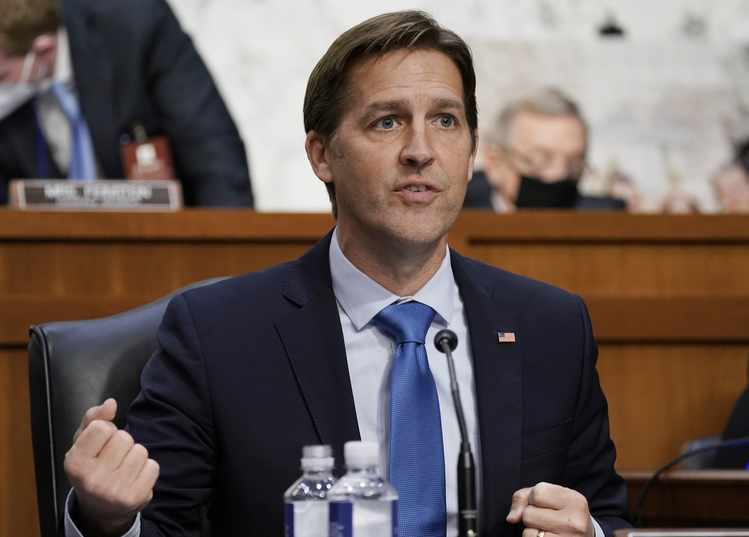 On Tuesday, President Trump threatened to veto the U.S. military budget if it didn’t include a non-germane item – repeal of Section 230, the measure that protects social media platforms from lawsuits over content posted by their users. These is an extreme tactic, but the president is hardly an outlier. In a recent hearing of the Senate Judiciary Committee, Republican senators outdid their liberal colleagues turning up the flame in the grilling of Facebook CEO Marc Zuckerberg and Twitter CEO Jack Dorsey.

The goal of senators from both parties seemed clear – to level accusations against Facebook, Twitter and other big social media companies that would support efforts to strip them of legal protections against a barrage of lawsuits. From the left, the companies were accused of fomenting violent extremism by Sen. Richard Blumenthal. From the right, senators were angry about the suppression of The New York Post’s Hunter Biden laptop story. Sen. Ted Cruz accused the two companies of having a “monopoly on public discourse” online. Sen. Josh Hawley accused them of cooperating to control speech.

It wasn’t until Sen. Ben Sasse spoke up that the Republican side of the committee – which, as the majority, had called the hearing – began to show signs of wondering what might happen if, like the proverbial dog, the GOP actually caught the car.

Sasse started by voicing skepticism about the way the two companies moderate content “because I don’t think the standards are very transparent and I don’t think the execution is very consistent.” At first, it seemed as if Sasse was going to follow his partisan colleagues across the goal line. Then this …

“I am more skeptical than a lot of my colleagues on both sides of the aisle about whether or not there is a regulatory fix that will make it better instead of worse,” Sasse said. “I think it is very odd that so many in my party are zealous to do this right now when you have an incoming administration of the other party that would be writing the new rules and regulations.”

Sasse then noted that his Democratic colleague, Sen. Blumenthal, was “giddy” about creating “a new government agency to police online speech.” Republicans and conservatives, Sasse said, “should take pause.” Support for this point came from an odd corner, Twitter’s Jack Dorsey, who drolly said that “a centralized global control moderation system does not scale.”

Sen. Sasse’s Republican colleagues would do well to consider his worries.

As Sasse noted, the social media companies have made “content moderation” decisions that seem to fall harder on conservatives than on liberals. There have been high-profile issues, such as limitations on The New York Post story. Accounts of being in “Facebook jail” and Twitter suspensions have conservatives angry enough to lash out at these companies, damn the consequences. But their response overlooks salient details. The actions of Facebook and Twitter, if anything, stretched out the Hunter Biden laptop story by days. And these sites do not have an actual “monopoly” on online political discourse. There are many other platforms and venues, from The Wall Street Journal editorial page to the Drudge Report to the website of The New York Post, that attract millions of visitors a day.

Or consider the diversity within Facebook. I have a Facebook account with hundreds of conservative friends. If Facebook is a monopolist bent on stamping out conservative news and views, they’re doing a poor job of it. On a recent day, the top rankings of Facebook’s most visited sites, according to @Facebook’s Top 10, included conservative talk show host Dan Bongino, President Trump, Fox News, the Rev. Franklin Graham and Breitbart. Bernie Sanders and CNN were in ninth and 10th place.

Sen. Sasse reminds us that it doesn’t take a great deal of imagination to see that government-regulated “content moderation” of speech, either by the terms of an antitrust settlement or a Biden administration agency, will quickly turn into something not to the liking of Sens. Cruz, Hawley or any conservative. A Republican argument for the stripping away of Section 230 liability protections is starting to look like madness. There is no group financially tighter with the Democratic Party and progressives than trial lawyers. So the Republican plan is to regulate political speech by turning the national dialogue over to the tender mercies of the plaintiffs’ bar?

It is easy to understand how the wokeness of Silicon Valley irritates conservative Republicans. But conservatives have long prided themselves on putting reason before emotion to assess the danger of unintended consequences. With Sen. Sasse’s declaration, perhaps more Republicans will begin to wonder if their current strategy is a massive miscalculation.

Robert H. Bork Jr. is president of The Bork Foundation.