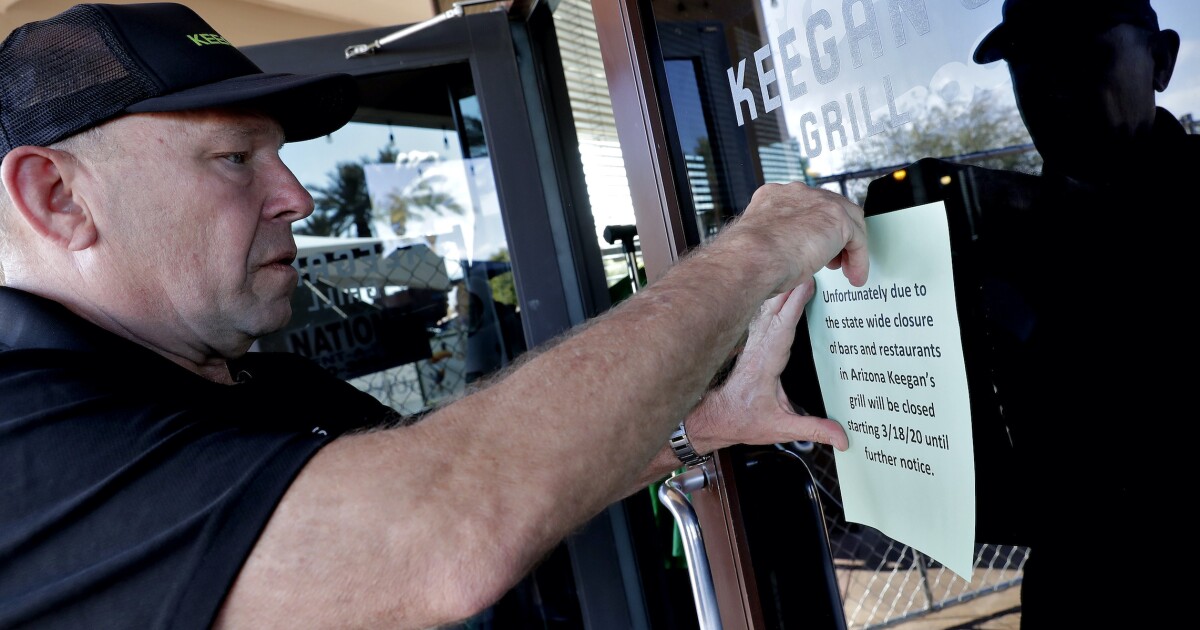 Unless Gov. Doug Ducey challenges the ruling, restaurants in Arizona have lost their ability to sell alcoholic beverages to-go.

A Maricopa County Superior Court judge ruled Tuesday that restaurants in Arizona cannot sell drinks to customers who intend to leave their place of business.

The challenge, brought by a group of dozens of bar owners, centered around Gov. Doug Ducey’s executive order from June 29, allowing restaurants with series 6 or 7 licenses the ability to sell alcohol to-go, similar to what bars with a series 12 license could. A series 12 license is more expensive than the other types.

“Governor Ducey cannot violate existing law and give restaurants the privilege of selling alcohol to go, which bars paid for,” said lawyer Ilan Wurman, who represents bar owners. “If Gov. Ducey wants to do that, he needs to call the legislature into session.”

The governor’s office says they’re reviewing the ruling. They could appeal the order to a higher court or request a stay while appealing, which would stop the change pending another judicial decision.

The ruling brought mixed reactions, from some frustrated that restaurants will lose that potential revenue to others praising the judicial check on executive power.

“Many thanks to [Wurman] for relentlessly fighting on behalf of Arizona small business owners,” said Republican U.S. Rep. Andy Biggs, R-Gilbert. “A true champion of liberty.”

Arizona’s hospitality industry had rebounded faster than other states, possibly due to Gov. Doug Ducey’s reopening of businesses earlier than many other governors. This isn’t the first time the Republican governor has clashed with bar owners. In July, a group of bar owners also represented by Wurman, unsuccessfully challenged Ducey’s closure orders.