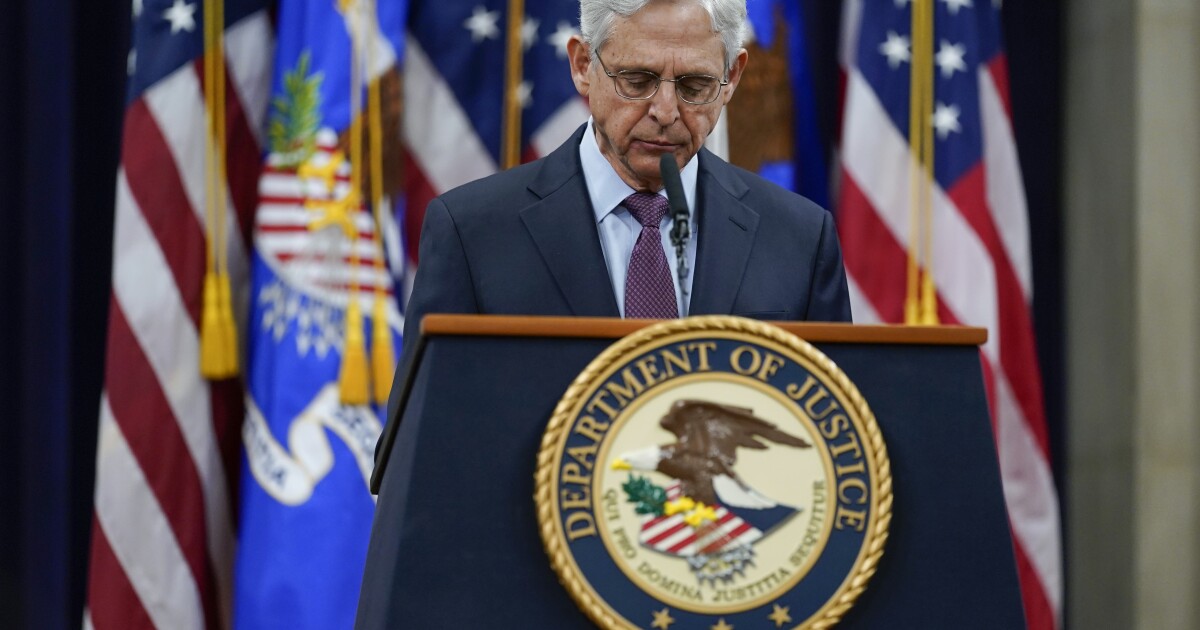 The Chinese Communist Party is promoting efforts by U.S. professors and activists who are opposing the Justice Department’s China Initiative, which aims to crack down on Chinese economic espionage.

The China Initiative, started by the Trump DOJ in 2018, has a particular focus on rooting out academics who conceal their ties to China. On Monday, a group of Yale faculty members released a letter to Attorney General Merrick Garland, following up on one Stanford professors sent in September, saying it opposed DOJ’s China Initiative. And on Wednesday, an activist group, United Chinese Americans, held a protest outside the DOJ calling for an end to the initiative.

Both efforts were seized on immediately by the Chinese government.

“This proves that more and more people have realized that the so-called ‘China Initiative’ is essentially a tool for anti-China forces in the U.S. to abuse the concept of national security to contain and suppress China,” Chinese Foreign Ministry spokesman Wang Wenbin said Friday. “It not only deals a heavy blow to China-U.S. relations, but also worsens the racial discrimination in the U.S. and seriously hurts Asian groups in the U.S.”

The Yale faculty members warned Garland that the initiative is tantamount to racial profiling and was “harming the United States’ research and technology competitiveness and fueling biases.”

Haipei Shue, president of United Chinese Americans, held a virtual panel discussion after the DOJ protest this week, saying his goal was to “stop the China Initiative as we know it.” Two Democratic members of Congress — Reps. Judy Chu and Ted Lieu — also spoke on the panel about their opposition to the DOJ’s efforts.

Reta Jo Lewis, Biden’s nominee to run the Export-Import Bank, and Mitch Landrieu, the president’s infrastructure czar, are both listed as strategic advisers for the USHCA, which regularly works with Chinese organizations tied to the Chinese Communist Party’s influence efforts inside the U.S.

Harvard professor Charles Lieber was found guilty in December on all federal charges related to concealing his ties to a Chinese university and the Chinese government's Thousand Talents Program while receiving U.S. government funding, in what was a big win for DOJ’s China Initiative.

But there were multiple reports Friday that the DOJ would soon seek to drop its China Initiative case against MIT professor Gang Chen, with Boston prosecutors sending the dismissal request to the criminal division this week.

The DOJ arrested Chen in January last year, charging him “in connection with failing to disclose contracts, appointments, and awards from various entities” in China to the Department of Energy.

Garland was asked about the China Initiative in October, and he called the CCP a “serious threat” in relation to intellectual property, espionage, cyberattacks, and ransomware.

“We need to protect the country against this, and we will, and we are making cases in that regard,” Garland told the Senate Judiciary Committee. “The other thing that always has to be remembered is that we never investigate or prosecute based on ethnic identity or on what country a person is from.”

A group of Republican senators called upon Garland in May not to implement an “amnesty program” related to the China Initiative.

In a reversal, the DOJ dropped a half-dozen cases against Chinese military researchers in July after it had accused them of lying on their visas. A DOJ spokesman said it was “in the interest of justice.”