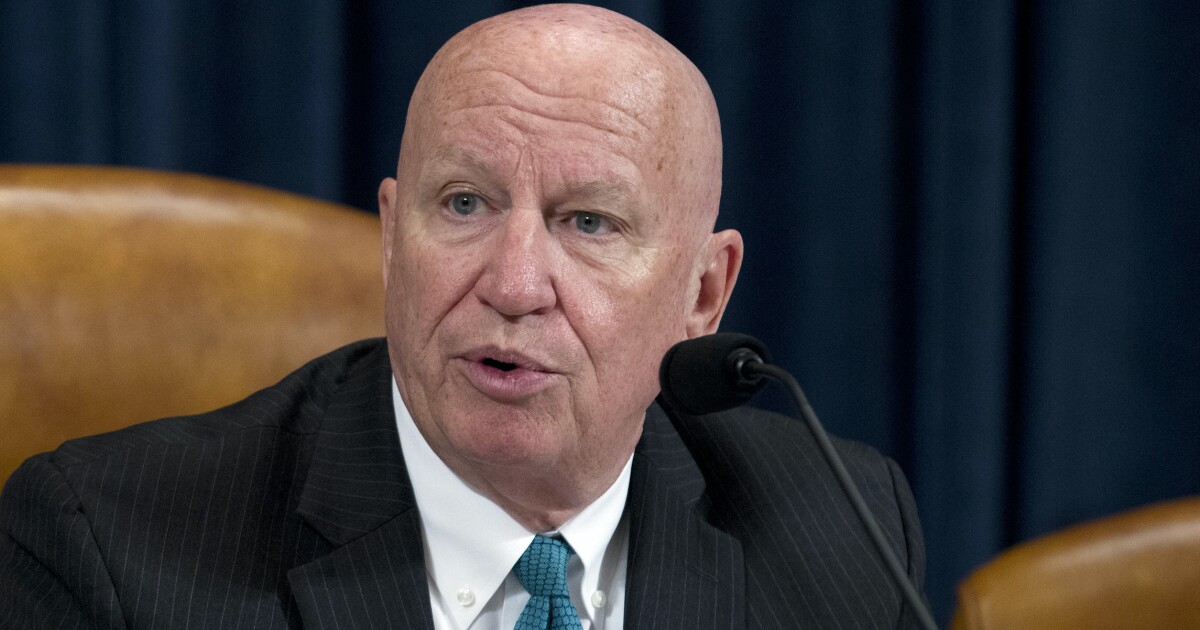 Longtime Rep. Kevin Brady said that the Democratic agenda under President Joe Biden is far more extreme than when Barack Obama was president.

The Texas Republican, who is the top Republican on the House Ways and Means Committee, lashed out against the Democratic Party, which holds a slim majority in the House and Senate, during an interview with the Washington Examiner.

Brady said that he thinks the Democratic agenda “is much more dangerous and extreme than under President Obama.”

In addition to sweeping changes to tax policy proposed by Biden such as raising the corporate income tax (Brady helped lead the passage of the 2017 Republican tax cuts), Brady said ideas such as ending the Senate filibuster, dismantling the Electoral College, packing the Supreme Court, and giving less funding to law enforcement represent a “dramatic destruction of entities and institutions that frankly have created a balance of power and checks and balances for our entire history.”

Many of the proposals Brady mentioned have a very low chance of becoming law given how Democrats only hold half the Senate, with Vice President Kamala Harris serving as the tiebreaking vote. Also, because the filibuster is still in place, Republicans would also need to have a say in sweeping changes.

Still, Brady said that the stakes for the country are “dramatically higher” than a decade ago when the GOP battled the Obama administration and fought back against its proposals such as Obamacare, which eventually became law.

The Texas lawmaker, who has served in Congress since 1997 and is retiring after his current term, also contended that the post-2020 Democratic Party is pushing to expand the “welfare state” in the U.S. drastically in order to “hook more people into another generation of dependency.”

As part of its push to assist the economy as it emerged from the COVID-19 pandemic, the federal government offered up $300-per-week expanded unemployment payments that stack on top of whatever benefits the state provides.

THE ‘GREAT RESIGNATION' HAUNTS EMPLOYERS TRYING TO RECOVER FROM PANDEMIC

The national average of statewide unemployment insurance before the pandemic was $387 per week, meaning some unemployed people are now bringing in $687 on average with the $300 expansion, which equates to a $17.17 hourly wage, more than double the federal minimum wage.

About half the states have opted out of the federal program early for fear that it is holding back the labor market and encouraging people not to seek out employment. Across the country, there have been employers, especially in the low-wage industries, struggling to find workers, causing them to boost wages and increasingly offer signing and retention bonuses.

Democrats also expanded the child tax credit as part of Biden’s COVID-19 relief plan by boosting the funds that families received to $3,600 for children under 6 years old and $3,000 for older children. The biggest change, though, was that even parents not working or collecting an income could get the entire amount of the Democratic expansion, which Republicans such as Brady say is akin to welfare without work.

The expanded child tax credit without an earnings requirement is slated to sunset in 2025, although some Democrats have said making them permanent is a “priority.”

“These initiatives weren’t seen anywhere to this degree during the Obama administration,” Brady said, adding that he thinks that the proposals the Democrats are pushing threaten “the freedoms and the future of the country.”

‘His Street Cred Went Up’: The Unintended Consequences of Outing the GOP Lawmakers at Jan. 6