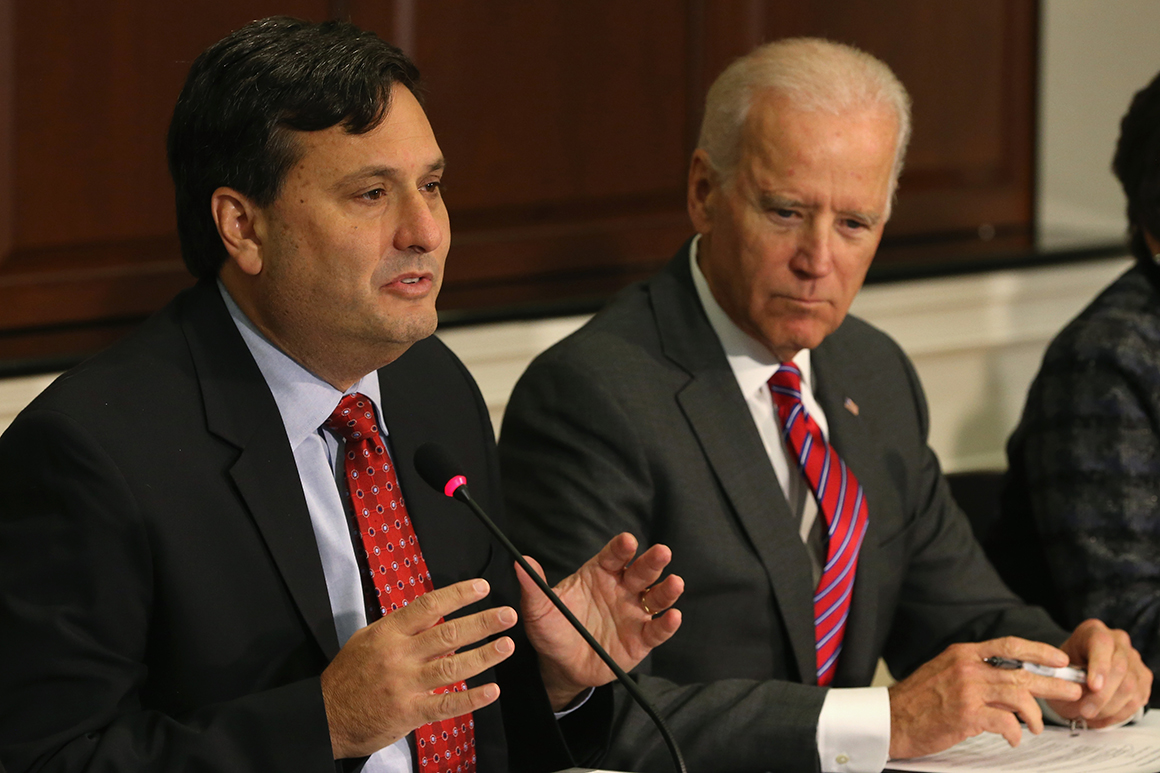 After the 2016 election, however, Biden adviser Steve Ricchetti arranged a lunch between Klain and Biden to clear the air. Since then, Klain has been back in Biden’s orbit and has helped on general political strategy since before Biden’s campaign launch in the Spring of 2019. In August, Klain took leave from his political consulting firm to be an unpaid senior adviser to Biden’s campaign.

Klain has been huddling with Biden’s communications team tonight to prepare for the public rollout of his new position. The Biden team had originally contemplated announcing Klain alongside a broader, more diverse group of White House officials but ultimately decided against it.

In a statement Wednesday night, Biden emphasized Klain’s experience working across the political spectrum, reaching out to Republicans and left-wing Democrats who remain skeptical of Biden.

“His deep, varied experience and capacity to work with people all across the political spectrum is precisely what I need in a White House chief of staff as we confront this moment of crisis and bring our country together again,” Biden said.

Klain and Ricchetti were considered to be the most likely candidates for the post. Ricchetti, another longtime Biden aide and former chief of staff while he was vice president, will likely make a case for a powerful senior adviser position akin to Valerie Jarrett’s in the Obama White House.

Klain was viewed by progressives as less objectionable than other leading candidates. A pair of left-leaning groups even recently conducted polling to prove that Ricchetti and Biden aide Bruce Reed were less popular than Klain. Sen. Elizabeth Warren on Wednesday called Klain a “superb choice” who had “earned trust all across the entire Democratic Party.”

Klain, who drew praise for leading the Obama administration's response to the Ebola outbreak in 2014 despite having no medical background, has been an outspoken critic of the Trump administration's handling of Covid-19.

In February, before the virus had spread widely in the U.S., he testified to a House committee that the Trump's administration's China travel ban was a “travel Band-Aid” that would not keep the coronavirus out of the country. Later in the year, he promoted Biden's plan for a coordinated federal coronavirus response as a better alternative to the Trump administration's patchwork effort, cutting videos for the campaign where he walked through the need to implement national testing, contact tracing and vaccine distribution systems.

In a statement Wednesday, Klain said he looks forward to working with Biden and Vice President-elect Kamala Harris to “assemble a talented and diverse team to work in the White House, as we tackle their ambitious agenda for change, and seek to heal the divides in our country.”

Biden is expected to continue building out his White House team throughout the next several days.

Alice Miranda Ollstein and Ryan Lizza contributed to this report.