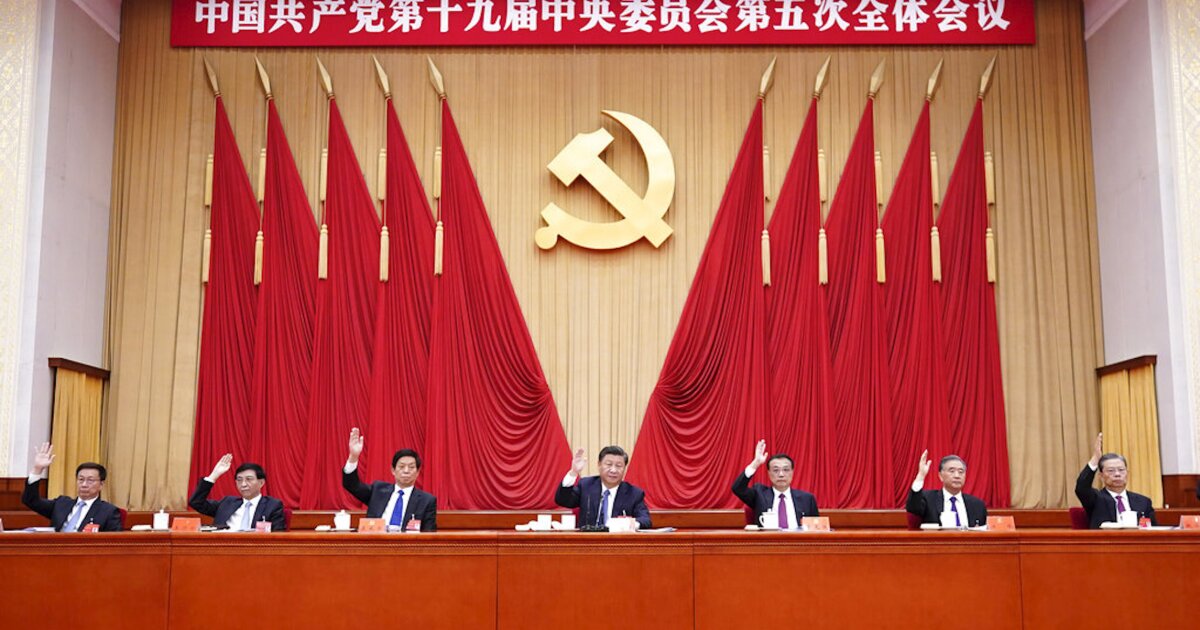 William Burns, a former longtime State Department diplomat, was asked about Chinese influence operations, which have become a Republican priority, with GOP members urging Biden to resubmit a recently withdrawn proposed rule that would have required American universities and K-12 schools with foreign exchange programs to disclose any financial ties or other connections to Confucius Institutes.

“I think what the Confucius Institutes do, and I’m no expert on them, is to promote a narrative of Xi Jinping’s China, which is designed to build sympathy for what is, in my view, a quite aggressive leadership, which is engaged in conduct and conducted an adversarial approach to relations with the United States. So in that sense, that particular dimension of foreign influence operations constitutes a genuine risk,” Burns said. “And so my advice for any institutions in the United States, including academic institutions, is to be extraordinarily careful of what the motives are for a variety of institutions like that and to be very careful in engaging them.”

When Republican Sen. Susan Collins of Maine asked if he would recommend that schools shut their Confucius Institutes down, he replied, “If I were president of a college or university and had a Confucius Institute, that’s certainly what I would do.”

Burns was similarly tough on Confucius Institutes in his written responses.

“Beijing tries to advance its soft power and pro-China propaganda through cultural and educational programs at US academic institutions,” Burns wrote. “Programs such as Confucius Institutes fund Chinese-language learning and provide the CCP direct access to university officials. Beijing uses this access to spread positive portrayals of China, and steer conversations from topics sensitive to the CCP.”

The testimony by Biden’s pick for the CIA comes a day after Republican Sens. Marco Rubio of Florida, Rob Portman of Ohio, and Chuck Grassley of Iowa asked Biden to resubmit the Trump-era proposal on Confucius Institutes.

“We believe it is critically important to better understand and reduce the CCP’s influence on the American people, including through the Hanban, its propaganda arm that runs Confucius Institutes,” the senators wrote. “The proposed rule is a necessary step in that effort and would bring needed transparency to Confucius Institutes.”

Former President Donald Trump's administration made the proposal, “Establishing Requirement for Student and Exchange Visitor Program Certified Schools to Disclose Agreements with Confucius Institutes and Classrooms,” on New Year's Eve. Before the rule made its way to the Federal Register or went into effect, the Biden administration withdrew it on Jan. 26, saying that the Office of Management and Budget’s interagency review of the draft rule hadn’t been completed by Inauguration Day and that it was withdrawn after White House chief of staff Ron Klain wrote a memo freezing all regulatory processes.

Burns argued on Wednesday that today’s world was one “in which an adversarial, predatory Chinese leadership poses our biggest geopolitical test.”

During questioning by Republican Sen. Ben Sasse of Nebraska on why Burns had turned into more of a China hawk in recent years, the nominee pinned it on Xi’s actions.

“The truth is that Xi Jinping’s China … I think China’s evolution over the past six or seven years has been a very sharp wake-up call in a lot of ways,” Burns said. “The kind of aggressive, undisguised ambition and assertiveness that I think has made very clear the nature of the adversary and rival that we face today.”

Burns added: “The challenge, therefore, is how do you build a long term — and I would emphasize long term because I think we have to buckle up for the long haul, I think, in competition with China. This is not like the competition with the Soviet Union in the Cold War, which was primarily in security and ideological terms. This is an adversary that is extraordinary in technology and capable in economic terms as well.”

The FBI, State Department, and Education Department during the Trump administration all expressed concern about the potential for Chinese influence operations inside the U.S. with Confucius Institutes.

State Department spokesman Ned Price this month declined to promise that the Biden administration would resubmit the rule, but he did say, “We have ongoing concerns about the activities of the CCP. … We’ll treat Confucius Institutes as part of our overall approach of how best to respond to China’s use of information operations.”