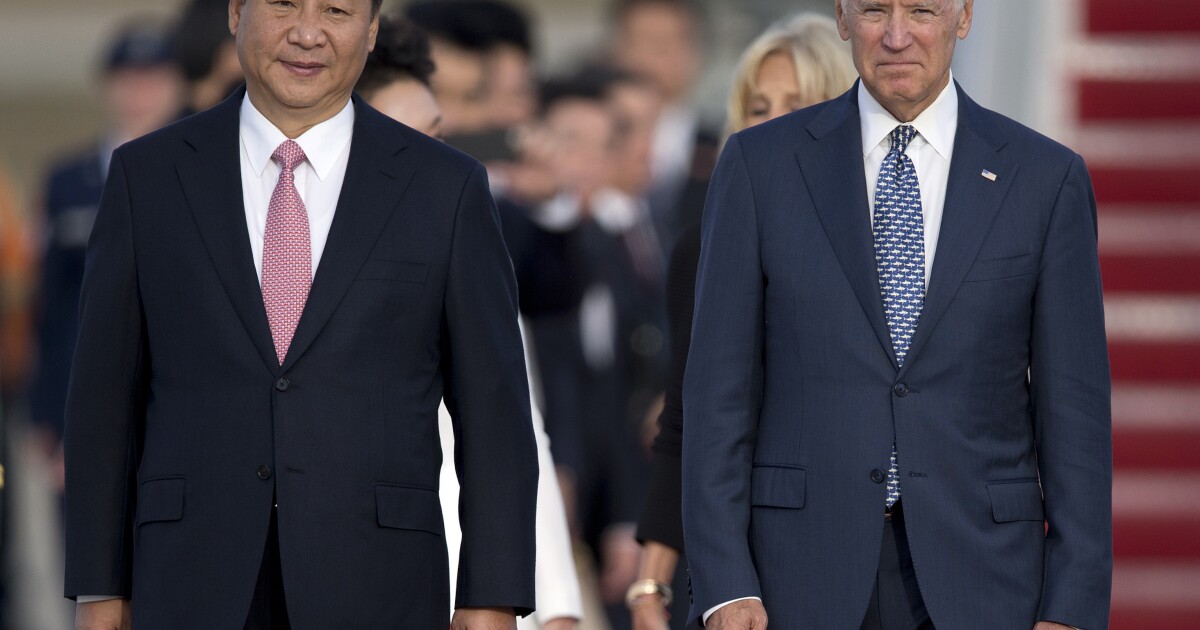 President Biden’s pick to lead the CIA insisted it's in China’s self-interest to cooperate with the United States on climate change as Republicans worry climate czar John Kerry and the Biden administration might pursue a climate agreement with China at the expense of confronting the country on other issues.

China is the world’s biggest polluter and leading greenhouse gas emitter, producing an estimated 28% or more of the world’s carbon dioxide emissions, more than the U.S. and European Union combined. In September, Chinese President Xi Jinping announced a plan to hit peak carbon emissions before 2030 and achieve “carbon neutrality” by 2060, claiming “China always honors its commitments.” Biden rejoined the Paris climate agreement on Inauguration Day after former President Donald Trump left it in 2017.

On Wednesday, Sen. Ben Sasse said he and many fellow senators were “very worried” about Kerry’s role because Xi “is going to lie about what they will do on climate.” The Nebraska Republican told longtime State Department diplomat William Burns he was worried the Biden administration might get sidetracked seeking a climate deal with China instead of prioritizing pushing back on national security challenges such as the Chinese Communist Party’s theft and pursuit of advanced technology and its human rights abuses.

“That’s not an open question — he’s gonna lie,” Sasse said of China’s leader. “And so, it means if we have all these real technological race challenges between the CCP and freedom-loving nations … if we take the pressure off in the alliance that we’re going to build because there is some climate summit going to happen in 18 or 24 months where he’s going to promise a bunch of pie in the sky, then everything we’re saying ends up being a house of cards. So, a lot of us are worried about the climate lies that are going to come from China as a way around this.”

Burns seemed to dismiss the concern.

“On climate, I think it’s important for the United States to view cooperation with China on climate issues as not a favor to the United States — it’s in the self-interest of China to do that,” he said. “So in other words, it’s not something to be traded, it’s in the self-interest of China as well to work on these issues, and it’s important for us to be clear-eyed about that, as I’m sure President Biden and Secretary Kerry will be.”

In December, Kerry claimed China was “a partner on climate as we competed with them at other things during the Obama administration.” Last month, he said that “obviously, we have serious differences with China on some very, very important issues” and “those issues will never be traded for anything that has to do with climate.”

The Chinese government rejected this thinking.

“China-U.S. cooperation in specific areas is not just ‘a flower in a greenhouse.' It is bound to be closely related to the overall China-U.S. relations,” Chinese Foreign Ministry spokesperson Zhao Lijian said.

Sasse is not the only Republican to raise these concerns.

“I hope you’re never tempted to give in in your strategy with regards to China in order to obtain a climate advantage that Secretary Kerry might be promoting,” Sen. Mitt Romney of Utah told now-Secretary of State Antony Blinken during his January confirmation hearing. “Your State Department commitment to confront China, I think, is of great significance and, hopefully, the priority.”

In pulling out of the Paris agreement, Trump argued the deal punished the U.S. “while imposing no meaningful obligations on the world’s leading polluters.” Trump claimed, “China will be able to increase the emissions by a staggering number of years – 13 … China will be allowed to build hundreds of additional coal plants.”

Last December, Kerry said, “We have to do what President Obama licensed me to do, which was go to China, sit down with President Xi, and talk about mutual interests.” He argued that “China is about to bring 21 gigawatts of coal-fired power online,” adding, “That’s going to kill us. That’s going to kill the efforts to deal with climate.”

When asked if any countries were attempting to benefit from climate change, Kerry said China.

“That’s manifested in the Arctic, where you see competition for rare minerals and mineral exploitation, as well as claims being made about the opening of the Northwest Passage,” Kerry said. “Russia and China are beginning to get very aggressive in their hunt for commodities for the long term.”

China announced its Polar Silk Road initiative in 2018, which the Center for Strategic and International Studies said “plotted the course for future Chinese development goals in the region —including scientific, commercial, environmental preservation, and resource extraction efforts.”