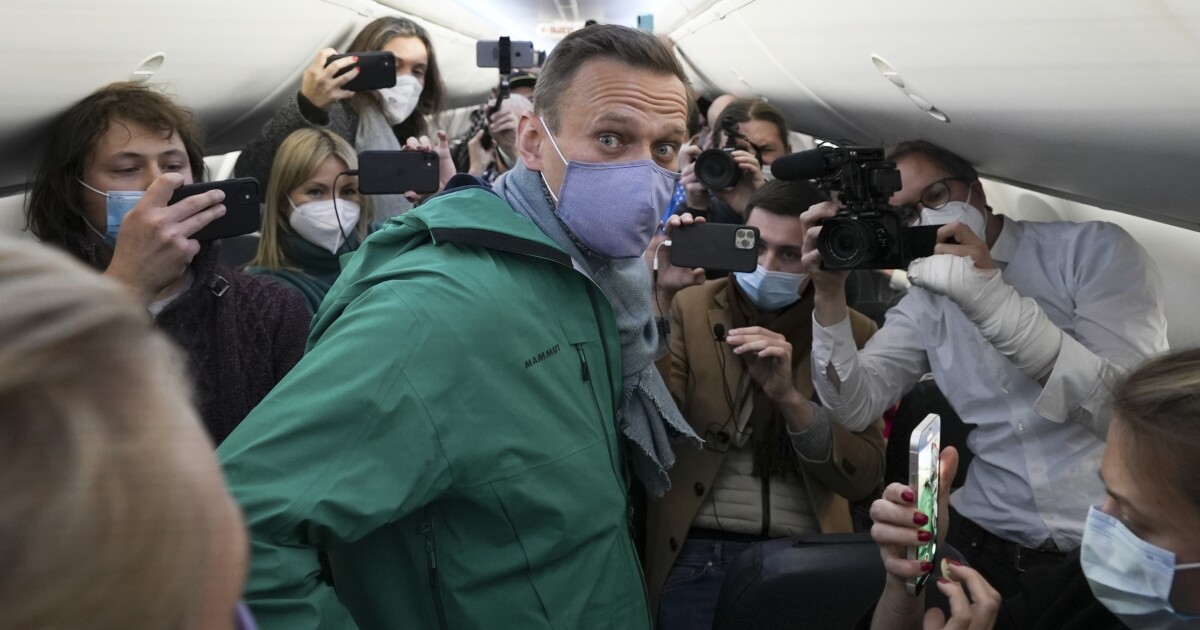 President Biden “did not hold back” during a call with Russian President Vladimir Putin when they discussed the treatment of jailed activist Alexei Navalny, according to the White House.

White House press secretary Jen Psaki fielded questions from reporters on Thursday and was asked for more detail about Biden’s Tuesday call with the Russian leader, which was the first time the two have spoken since Biden was sworn into office. Navalny was denied an appeal by a Russian court for his release from jail earlier on Thursday.

“He did not hold back in conveying his concern about the treatment of Alexei Navalny and the treatment of protesters,” Psaki said. “And that is certainly something that we’ll continue to communicate at many levels with the Russians.”

In addition to Navalny, a 44-year-old anti-corruption crusader and one of Putin’s most vociferous critics, hundreds of Russians were arrested Saturday, when a wave of protests roiled cities across Russia, with demonstrators demanding that the activist be freed from prison. Russian intelligence operatives are believed to have poisoned Navalny with a deadly Soviet-era nerve agent. He spent months recovering in Europe before returning to Russia.

In a follow-up question about the tone of the conversation between Biden and Putin, Psaki said while she is “not in the business of reading out anything the Russians are doing,” she said that Biden “had clear objectives that he wanted to get across.”

“He never held back as it relates to President Putin or his concerns about the actions of the Russian government, and he certainly conveyed that clearly during the call,” she added, noting that Biden’s national security team is in the process of conducting a review about a range of Russian activities.