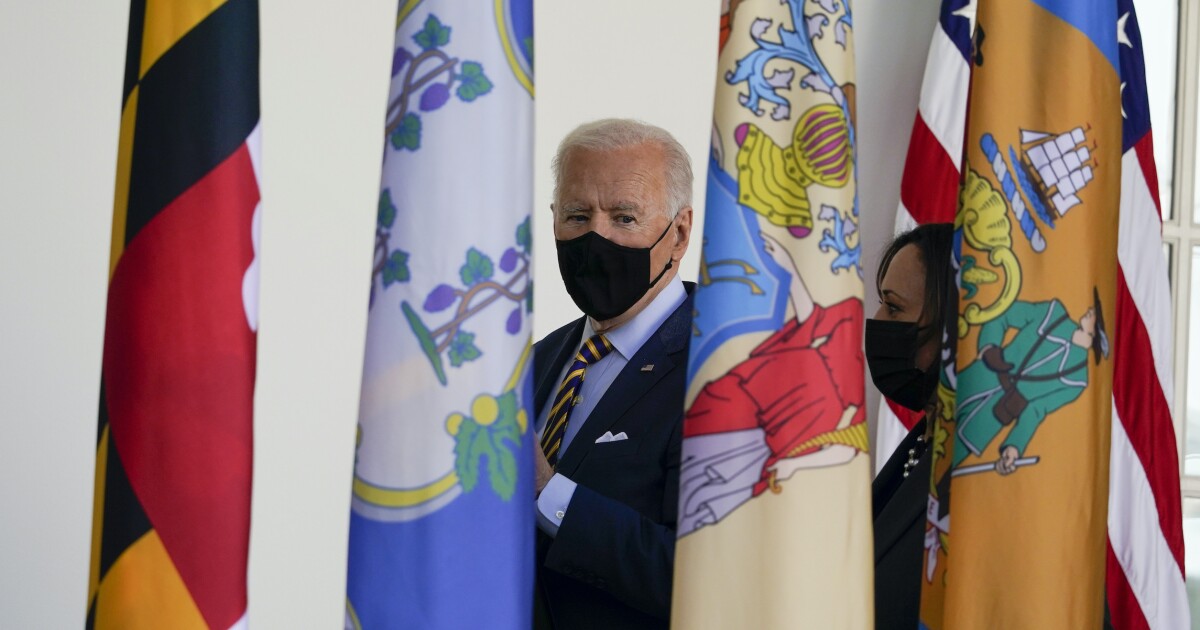 The Biden administration must decide this week whether to escalate a conflict with Republican state officials over a provision in the $1.9 trillion Democratic spending package that could handicap states' ability to cut taxes.

Last week, 21 Republican attorneys general signed an open letter to Treasury Secretary Janet Yellen calling for clarification about the provision, which targets $350 billion of the massive spending package that was allocated to help state and local governments pay for costs associated with the yearlong pandemic. The amendment prohibits states from using the funding to offset tax cuts or credits “directly or indirectly.”

The attorneys general argued that if the provision is interpreted by the Biden administration at its broadest, “such federal usurpation of state tax policy would represent the greatest attempted invasion of state sovereignty by Congress in the history of our Republic.”

The group gave a one-week deadline for Yellen to provide clarification on the matter and said that without assurances that the language is not interpreted at its broadest, the states might take legal action.

The battle has already begun in Ohio, where GOP Attorney General Dave Yost decided not to wait until Tuesday and filed a lawsuit against the Treasury Department last Wednesday, alleging that the provision was unconstitutional. The lawsuit, filed in the U.S. District Court for the Southern District of Ohio, lists Yellen as a defendant and claims the provision is a “gun to the head” for the state.

“The Tax Mandate thus gives the States a choice: they can have either the badly needed federal funds or their sovereign authority to set state tax policy. But they cannot have both. In our current economic crisis, that is no choice at all,” the suit reads.

Ohio has lost an estimated $1.1 billion in tax revenue because of the economic effects of the pandemic and was expected to receive some $5.5 billion from the $350 billion fund.

Kentucky Attorney General Daniel Cameron, a rising star in the GOP, emphasized to the Washington Examiner on Monday that legal action could be in store if the Biden administration doesn't allow federal funding for states that offer tax cuts.

“Kentuckians shouldn’t have to choose between COVID relief funds and reasonable tax policies,” Cameron said in a statement. “If we do not receive clarification from Secretary Yellen by the deadline, we’ll take appropriate action to protect the General Assembly’s ability to set tax policy and provide tax relief to Kentuckians.”

Republican House leadership has also requested a detailed clarification about the provision. In another letter to Yellen, the ranking GOP members of the Ways and Means Committee, the Oversight Committee, and the Select Subcommittee on the Coronavirus Crisis asked Yellen a dozen questions about the “ambiguity” of the provision. They gave Yellen until Friday to respond in writing.

The GOP leaders pointed out that state legislatures are now in session and have only a short period of time to make crucial fiscal decisions.

“The law does not say that states cannot cut taxes at all, and it does not say that if a state cut taxes, it must pay back all of the federal funding it received,” LaManna said. “It simply instructed them not to use that money to offset net revenues lost if the state chooses to cut taxes.

“So, if a state does cut taxes without replacing that revenue in some other way, then the state must pay back to the federal government pandemic relief funds up to the amount of the lost revenue,” she added.

The Washington Examiner contacted the Treasury Department for comment about the Tuesday deadline but did not immediately receive a response.