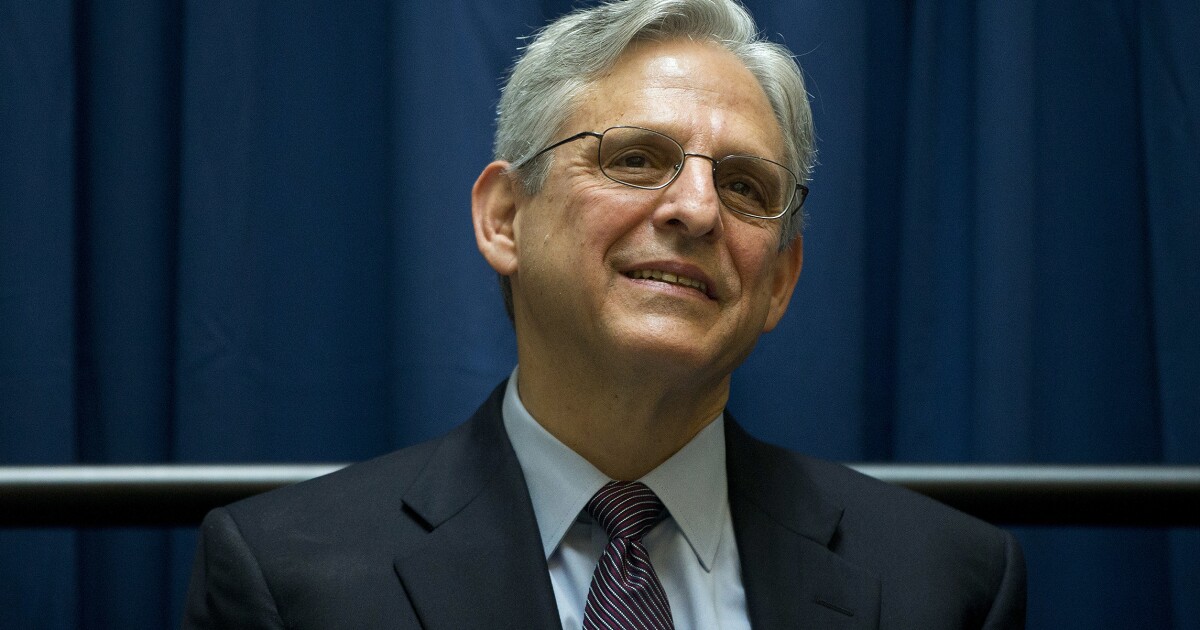 An announcement has not yet been made, but multiple news outlets, including the Associated Press, reported that Biden had made the decision.

Garland, a judge of the U.S. Court of Appeals for the District of Columbia Circuit who was former President Barack Obama's ill-fated 2016 pick for the Supreme Court, now faces yet another confirmation process in the Senate, which appears will be controlled by the Democratic Party.

Biden’s new pick will take over amid calls from some Democrats for Trump to be investigated after he leaves office, as U.S. Attorney John Durham’s investigation into the Trump-Russia investigators has not concluded, with the Trump administration — including the Justice Department — ramping up pressure on China, as now-former Attorney General William Barr scheduled federal executions during the transition period while Biden promises to end capital punishment, and following vows from Biden that he will pass national police reform legislation once in office.

It remains to be seen whether Trump will fire FBI Director Christopher Wray, or if Biden will keep him on if he does not.

Biden was asked by NBC’s Lester Holt this week about the possibility of investigating Trump after he leaves office, and the former Obama vice president suggested he wouldn’t direct his attorney general to do so.

“I will not do what this president does and use the Justice Department as my vehicle to insist that something happen,” Biden said. “There are a number of investigations that I’ve read about that are at a state level — there’s nothing at all I can or cannot do about that. But I’m focused on getting the American public back in a place where they have some certainty, some surety, some knowledge that they can make it. Middle class and working class people are being crushed — that’s my focus.”

Durham, a federal prosecutor from Connecticut, has been looking into a host of issues related to the origins and conduct of the investigation into Russian meddling and alleged collusion with the Trump, and his criminal inquiry has netted one guilty plea already, with ex-FBI lawyer Kevin Clinesmith admitting to fraudulently altering an email to say that former Trump campaign associate Carter Page was “not a source” for the CIA as the bureau pursued flawed Foreign Intelligence Surveillance Act surveillance against him relying upon British ex-spy Christopher Steele’s discredited dossier.

Biden has not said whether he will allow Durham to finish his investigation.

Much of Trump’s presidency was consumed by the Trump-Russia investigation, which was launched in July 2016 and escalated following Trump’s firing of FBI Director James Comey and the appointment of Robert Mueller as special counsel.

Mueller’s 448-page report, released in April 2019, said the Russians interfered in 2016 in a “sweeping and systematic fashion,” but the special counsel “did not establish that members of the Trump campaign conspired or coordinated with the Russian government.” The special counsel also laid out 10 possible instances of Trump obstructing justice but did not reach a conclusion. Barr and Rod Rosenstein, who was deputy attorney general at the time, concluded Trump had not obstructed justice.

During an ABC News town hall in October, George Stephanopoulos asked Biden what his Justice Department would do with the evidence of possible obstruction by Trump.

“What the Biden Justice Department will do is let the Department of Justice be the Department of Justice. Let them make the judgments of who should be prosecuted. They’re not my lawyers. They’re not my personal lawyer,” Biden said, adding, “I’m not going to rule in or out. Well, I’m going to hire really first rate prosecutors and people who understand the law like Democrat and Republican administrations have had, and let them make the judgments, but turning this into a vehicle for your — as if it’s your own law firm — you don’t own that Justice Department.”

The Biden transition website currently lists just four priorities — COVID-19, economic recovery, climate change, and racial equity — and in that final section, it states that Biden “is working to strengthen America’s commitment to justice, and reform our criminal justice system.” The site promises that the Biden administration will work with Congress on police reform legislation to include “a nationwide ban on chokeholds” and “creating a national police oversight commission.”