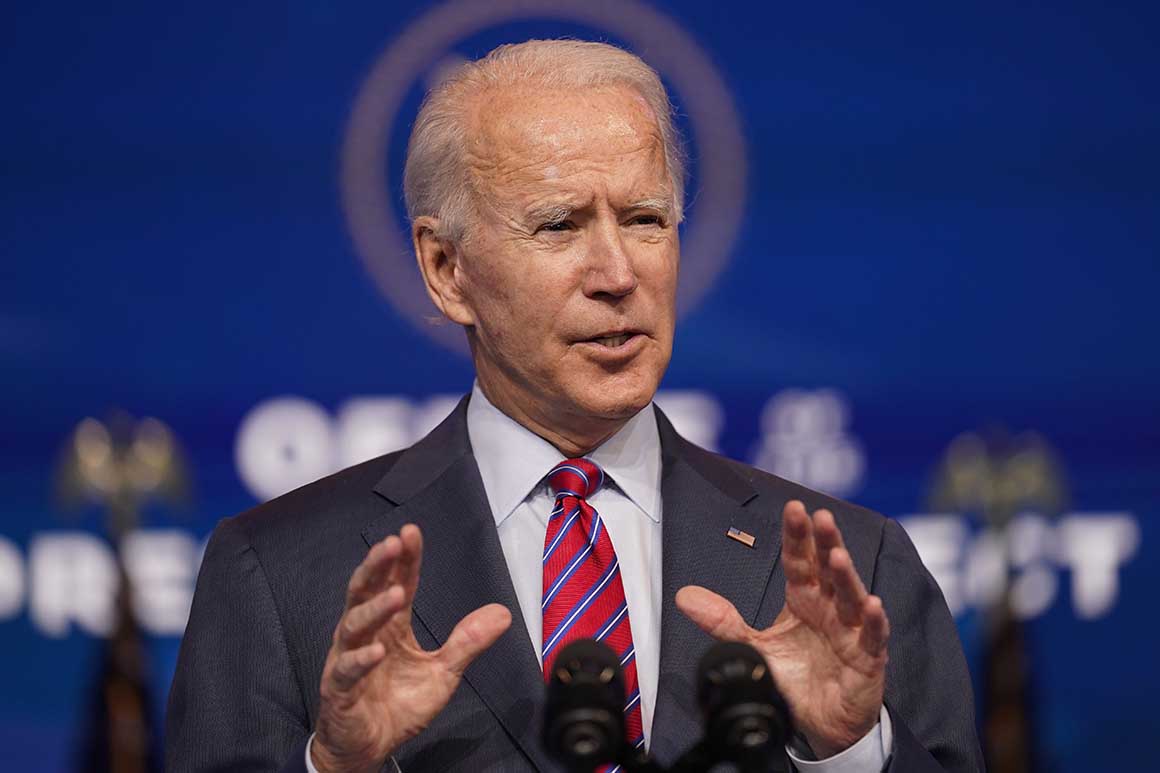 That echoes comments from Biden's newly minted chief of staff Ron Klain, who said last month that the inauguration will “definitely have to be changed,” as a result of the risk such an event poses of spreading the deadly virus.

Biden contrasted his cautious approach to the Republican National Convention in August, which included hundreds of GOP dignitaries sitting shoulder-to-shoulder on the White House lawn as Trump accepted his party’s nomination during a 71-minute speech — capped off with a fireworks display.

“It's going to have to be more imaginative,” he said from a theater in Wilmington, Del. “I think the convention we put on really opened up avenues that we never thought existed.”

Trump, who for weeks has not accepted Biden's electoral victory and instead pursued attempts to overturn those results, has remained coy about whether he will attend Biden's inauguration. Trump is also reportedly mulling whether to announce a bid that same day to reclaim the Oval Office in 2024, potentially drawing attention away from Biden.

Trump’s inauguration drew hundreds of thousands of spectators in 2017 — prompting him to boast of “perhaps record-setting turnout — but it quickly became a PR debacle after it was juxtaposed against photos of Barack Obama’s perceptively larger crowd from 2009. (The Women’s March held the day after Trump’s ceremony also appeared to dwarf his crowd.)

The president heavily criticized the unfavorable comparison to his predecessor, touting images composed in a way that emphasized the numbers of those in attendance. Trump’s first White House press secretary, Sean Spicer, also strained his credibility with the White House press corps through his vigorous defense of the president’s inauguration claims — a display that was memorably lampooned on “Saturday Night Live” by Melissa McCarthy.