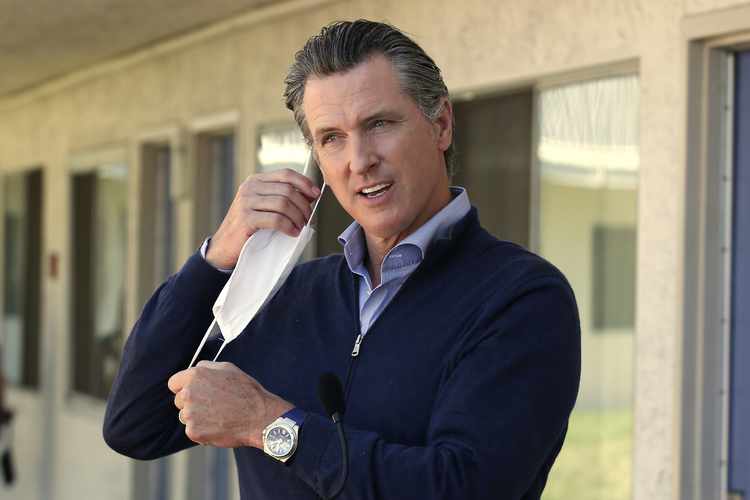 Since Merriam-Webster is making all sorts of changes these days, the editors ought to change the entry for “hypocrite” to read as follows:

hyp·o·crite (n.) a person who is like Gavin Newsom.

At this point, who hasn’t seen the photos of the governor of the most populous state in the country — with some of the most severe COVID restrictions to be found — sipping wine and dining maskless, crammed around a table with a dozen or so elites at arguably the most famous and hoity-toity restaurant in America?

The in-your-face elitism of it all would make Marie Antoinette blush, never mind the fact that the restaurant is called French Laundry. It’s too much.

It’s a level of hypocrisy that, even in today’s world of pandemic contradictions from the top, is hard to take. Michigan Gov. Gretchen Whitmer’s husband pushing to have their boat placed in the water this past May after she banned residents from fleeing to their own neighboring cottages was a lot. British epidemiologist Neil Ferguson violating his own lockdown prohibition by meeting with his married lover was a rough one. Nancy Pelosi demanding she get a special and illegal hair color, cut and blowout when salon owners of America were being arrested for even opening was kind of nuts.

His dinner party happened just days after he enacted severe Thanksgiving measures on the state’s hoi polloi relating to “social situations that bring together people from different households at the same time in a single space or place.” He required that families limit celebrations to two hours, outdoors, with everyone masked and those gathered be from no more than three households. Compare that to his indoor dinner party at a $350-per-plate restaurant with more than a dozen people, all from different households, wearing no masks and standing/sitting inches apart.

“But more serious than Turkey Day crackdowns has been the California governor’s unrelenting restrictions on a different kind of “social situation” that bears constitutional protections: religious worship. Newsom has maintained some of the most severe indoor and outdoor limitations in the country, with services limited in one part of the state as late as October to just 12 people outdoors. This prompted lawsuits and efforts from the highest levels of Catholic leadership to “free the Mass,” with bishops merely asking for the same standards as restaurants like French Laundry.

Most recently the Ninth Circuit Court of Appeals ruled in favor of Newsom’s restrictions. In his dissent, Judge Diarmuid F. O’Scannlain wrote, “At present, in 18 counties in California — home to more than 15 million residents and including its most populous county, Los Angeles — indoor religious worship services are completely prohibited.”

“The Constitution,” he continued, “allows a State to impose certain calculated, neutral restrictions — even against churches and religious believers — necessary to combat emergent threats to public health. But the Constitution, emphatically, does not allow a State to pursue such measures against religious practices more aggressively than it does against comparable secular activities.”

In essence, Judge O’Scannlain was arguing that you cannot restrict attendance at the Lord’s Supper more severely than attendance at your friend’s French Laundry supper and use “global pandemic” as your excuse.

But Newsom has been the global pandemic embodiment of “rules for thee but not for me.” His own four children, for example, are back at their private-school desks while the millions upon millions of students in his state, many of them low-income minorities, languish in the educational equivalent of online chatrooms (simply renamed as “remote classrooms”) with no sign of hope for returning to their desks.

The effects of the governor’s soft authoritarianism are felt acutely by the everyday Americans under his thumb who long to send their children to school, who long to kneel and pray in their houses of worship, and who long to gather together this week without fearing a Soviet-style knock at the door from the police.

The state is well within its rights to enact reasonable restrictions during a major health crisis to protect the safety of all. Many people have been dutifully complying, even when those restrictions aren’t reasonable, for eight months now. But when Newsom fights the faithful in their pleas to safely worship with one hand and feeds himself, quite literally, in a glorious act of self-righteous hypocrisy, with the other, he does more than undermine the efforts to protect health and safety that he purportedly leads. He undermines public confidence in the rule of law itself, the damaging effects of which will extend far beyond this pandemic.