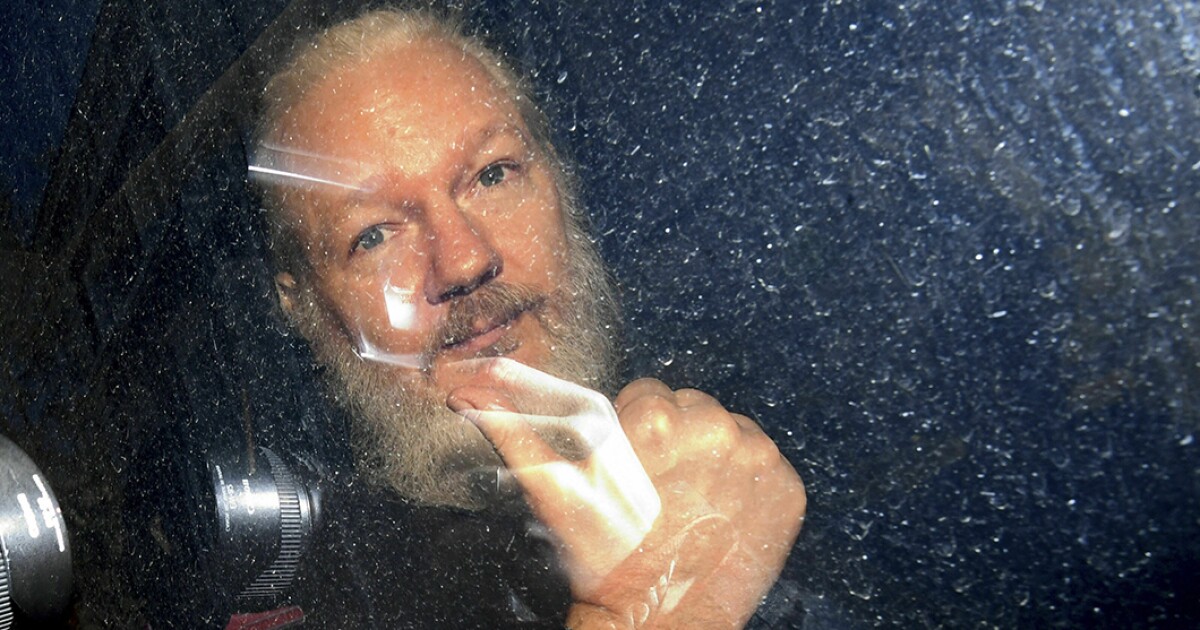 A British judge ruled Monday that Julian Assange should not be extradited to the U.S. to face criminal charges brought by the Justice Department.

The ruling was handed down by Judge Vanessa Baraitser of the Westminster Magistrates’ Court following months of hearings and after a morning appearance by Assange at the Old Bailey courthouse in London. She highlighted the isolated conditions he would likely face in the U.S. would be “oppressive” and a risk to his mental health.

Assange, 49, was charged under the 1917 Espionage Act as well as the Computer Fraud and Abuse Act.

The U.S. government said it would appeal the decision.

If found guilty on all the charges, he faces up to 175 years in prison. The coronavirus pandemic slowed and delayed the extradition hearings.

Baraitser’s role was not to decide guilt, but rather whether the extradition request meets the requirements under the U.S.–U.K. Extradition Treaty of 2003. The case is now likely to spend months in front of British appeals courts, and could also potentially be taken up by the the European Court of Human Rights. Assange could go free if other rulings go his way.

Federal prosecutors accused the WikiLeaks founder of violating the Espionage Act as part of a superseding indictment in May 2019, charging him on 17 counts in addition to the single count first unsealed in 2019. The Justice Department said those charges “relate to Assange’s alleged role in one of the largest compromises of classified information in the history of the United States.”

The U.S. alleges Assange “actively solicited United States classified information, including by publishing a list of ‘Most Wanted Leaks’ that sought, among other things, classified documents” starting in late 2009. Describing Assange as “the public face of WikiLeaks,” the Justice Department said he founded the website with the purpose of it being “an intelligence agency of the people.” The Justice Department said what WikiLeaks published “included names of local Afghans and Iraqis who had provided information to U.S. and coalition forces,” which prosecutors alleged “created a grave and imminent risk that the innocent people he named would suffer serious physical harm and/or arbitrary detention.”

Assange has not been charged, however, for his organization’s role in exposing the CIA’s “Vault 7” program in 2017, a massive document dump that revealed details about the agency’s electronic surveillance and hacking capabilities, nor was he charged in connection to Russia’s interference in the 2016 election.

Multiple Republicans have reportedly urged Trump to pardon Assange, while others have emphasized the crimes he has allegedly committed and advised the president against it.

“Julian Assange said ‘a 14 year old could have hacked [Hillary Clinton campaign chairman John] Podesta’ — why was DNC so careless? Also said Russians did not give him the info!” Trump tweeted in early January 2017, adding the next day that “the dishonest media likes saying that I am in Agreement with Julian Assange — wrong. I simply state what he states, it is for the people…”

If Trump does not pardon Assange, President-elect Joe Biden’s Justice Department is lined up to determine how to proceed.

“I would argue that it's closer to being a hi-tech terrorist than the Pentagon Papers,” Biden said in 2010 when he was vice president. “Look, this guy has done things that have damaged and put in jeopardy the lives and occupations of people in other parts of the world … It has done damage.”

It remains unclear just what Biden would do now as president.

Until his arrest in April 2019, Assange had been granted political asylum for seven years in the Ecuadorian Embassy in London, taking refuge there in 2012 to avoid extradition to Sweden, where he was wanted for questioning in a sexual assault investigation. Assange was sentenced to 50 weeks in prison in May 2019 upon being found guilty of breaking his bail conditions in 2012. However, even after finishing that sentence he has been kept at Belmarsh prison over concerns about Assange absconding.

“The mere fact that this case has made it to court let alone gone on this long is an historic, large-scale attack on freedom of speech,” WikiLeaks editor-in-chief Kristinn Hrafnsson recently said, adding that “this is a fight that affects each and every person’s right to know and is being fought collectively.”

The Justice Department has argued that Assange and his compatriots “recruited and agreed with hackers to commit computer intrusions to benefit WikiLeaks” and “the broadened hacking conspiracy continues to allege that Assange conspired with Army Intelligence Analyst Chelsea Manning to crack a password hash to a classified U.S. Department of Defense computer.” Manning was convicted at a court-martial trial in 2013, and the 35-year sentence was commuted by President Barack Obama days before his presidency ended in January 2017.

Sections of Robert Mueller’s report, unveiled this summer, raised the possibility that Trump lied in written answers about his conversations with longtime confidant Roger Stone about Assange.

“It is possible that, by the time the President submitted his written answers two years after the relevant events had occurred, he no longer had clear recollections of his discussions with Stone or his knowledge of Stone's asserted communications with WikiLeaks,” Mueller's report said. “But the President's conduct could also be viewed as reflecting his awareness that Stone could provide evidence that would run counter to the President's denials and would link the President to Stone's efforts to reach out to WikiLeaks.”

Assange attorney Barry Pollack said in 2019 that the “unprecedented charges” against his client “demonstrate the gravity of the threat the criminal prosecution of Julian Assange poses to all journalists.”