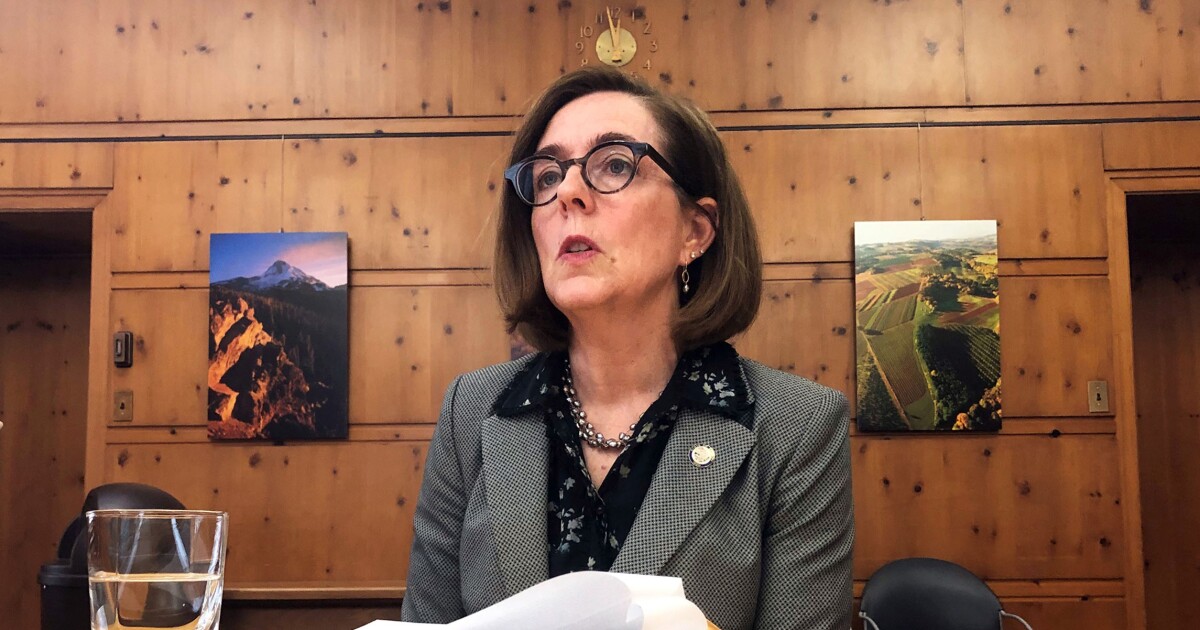 Oregon became the first state in the country to decriminalize drug possession in November, but its promises of rehabilitative services are now in doubt after Gov. Kate Brown’s proposed budget was released this week.

Measure 110 passed by more than 385,000 votes on November 3 and effectively reclassifies possession of small amounts of drugs as a civil violation rather than a criminal offense.

Under the measure, offenders are given the choice between a $100 fine or a mandatory health assessment. Selling and producing drugs are left illegal under state law.

The measure was championed by a range of drug reform activists, medical specialists, and Facebook founder Mark Zuckerberg’s charity, the Chan Zuckerberg Initiative.

But several of the measure’s biggest advocates are wary that Brown’s proposed budget could undercut the substance abuse clinics 110 intended to pay for with cannabis tax money starting on February 1.

In October, the Oregon Health Authority (OHA) reported that the state saw a 70% increase in overdose deaths in April and May compared to the same time period in 2019.

“Not only is this loss of life tragic, it’s preventable,” said Tera Hurst, executive director of the Health Justice Recovery Alliance. “It’s critical that work starts on Feb. 1, as voters intended, not a moment later. The Governor attempting to withhold funding and punting this 18 months down the road will result in more suffering and deaths.”

“The Governor’s proposal to withhold funding for these services weighs especially heavy on communities of color that have already borne the brunt of our state’s drug policies through disproportionate criminalization,” said PSJ Director Andy Ko. “We appreciate Governor Brown’s support for ending the criminalization of addiction. Measure 110 is also meant to address other sometimes life threatening inequalities. We cannot turn our backs on them by denying the funding and critical services voters approved.”

According to 2018 data from the Oregon Criminal Justice Commission, of the 8,900 drug offenders arrested that year, offenders of color were arrested in disproportionate rates.

The OHA reported that between 2008 and 2012, unintentional heroin overdose deaths were more than twice as common among indigenous women than white women.

Oregon's population was estimated to be 73% white in 2019, the U.S. Census Bureau reported.

The tax increase is expected to rake in $111.1 million in state revenue by 2021 to pay for OHA services, tribal health providers, and nicotine addiction programs.

Yes For a Healthy Future, the leading political action committee in support of Measure 108, raised more than $2.2 million to sell the deal to voters.

The Oregon Association of Hospitals & Healthcare Systems shelled out $27,107 in support of Measure 108, according to campaign finance reports from the Oregon Secretary of State's office.

It was in September that the OHA reported hospital revenue fell by $22 million in the state during the first quarter of 2020 alone.

That news, compounded by word of two patients testing positive for COVID-19 at Oregon State Hospital in Salem on Monday, may spell difficult times ahead for the state health care system.

At least 16 staff members have contracted the virus, eight of whom tested positive in the past week, a spokesperson for the state hospital told Oregon Public Broadcasting.

Brown has framed her budget as being built on “sacrifice and hard choices” and stressed that the state will depend on federal aid to fill in spending gaps.

As of Monday, 577 patients are hospitalized with COVID-19—up from 171 just a month earlier, OHA reported.