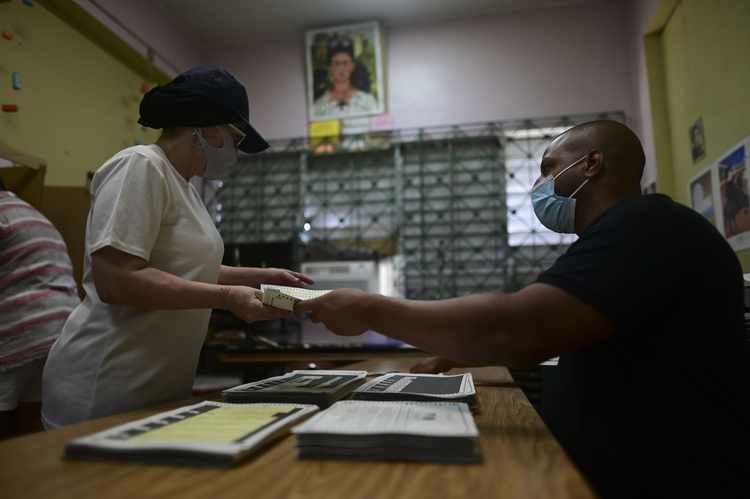 On election Tuesday, the American citizens of Puerto Rico were presented with a transcendental but straightforward question: Should Puerto Rico be immediately admitted into the union as a state? The result reiterated what we have known for years: The people of Puerto Rico reject the current territorial status and support statehood.

Despite the uncontroverted fact that this was a free and fair election in which a higher percentage of eligible voters participated than in any mainland midterm federal election this century, some anti-statehood activists refuse to accept this expression of the will of the Puerto Rican people. Chief among their specious arguments is that “low” voter participation somehow delegitimizes the results of the plebiscite.

Of course, there are always some members of the political opposition who preach about the virtues of political participation and citizen empowerment, but only when it fits their narrative. They frequently resort to after-the-fact interpretations, rule changes, and political spin in a way that discredits the people’s will. Demagoguery under the guise of objectivity is nothing new. For almost a decade, the usual suspects have tried to avail themselves of creative but disingenuous mathematical arguments to disregard the people and impose their own will. We all are very aware of this Colonial Math.

At the helm, unsurprisingly, we find Reps. Nydia Velazquez and Alexandria Ocasio-Cortez, who themselves reap the benefits of U.S. statehood but want to keep the American citizens of Puerto Rico under a system that deprives them of their most basic rights. Unduly using their position, they are trying to impose their views and publicly delegitimize the vote.

Among other groundless arguments, they insinuate that low participation percentages limit the importance of the vote in favor of statehood. I have always said that there is no fairer standard to judge a person’s arguments than the one she has espoused herself.  As such, we proceed to evaluate both congresswomen's elections by their own standards.

On Tuesday, and with 99% reporting, Nydia Velazquez received 142,815 votes, which amounts to 83.1% of all votes cast. Impressive! However, those results are misleading. According to her views, we must judge voting results as a percentage of the total registered voters (and not of the votes cast). According to the New York State Board of Elections, as of Nov. 1, 2020, there were 419,240 active and registered voters in New York's 7th District. Thus, in reality, she only received about 34% of the vote.

On a side note, even the chairman of Natural Resources Committee in the House, Raul Grijalva, who has been adamant in recognizing the moral and civil justice implications regarding statehood, only received 37% of the total possible votes in Arizona’s 3rd District.

Under their premises and arguments: they should reconsider their position; they are not representative of the people; they don’t have a mandate; their legitimacy is questionable.

Finally, and most importantly, Velazquez or Ocasio-Cortez received zero votes from the American citizens residing on the island of Puerto Rico. Zero is, I think, relatively low.

Democracy and the political process have clear and specific rules of engagement and interpretation. These are the cornerstones of the social contract. Under our voting system, the votes duly cast are the ones that are counted. Prevailing in a referendum by a vote percentage of 52-48 is nothing to be apologetic about: It’s equivalent to the winning margin of George W. Bush in 2004, Barack Obama in 2012 – and Joe Biden this year.  A majority of the votes cast is recognized as the people’s will. Otherwise, legitimacy and stability are impossible to achieve. That is democracy; that is the rule of law.

It is a contradiction to proclaim the virtues of democracy and then work hard to hinder it. Consistency and credibility are intertwined. No amount of political spin can discredit democracy and the fact that the American citizens of Puerto Rico demand statehood. No amount of Colonial Math can change that! We, the people, have spoken.

Rep. Jose F. Aponte-Hernandez is chairman of the Federal, International and Status Committee of Puerto Rico’s House of Representatives.