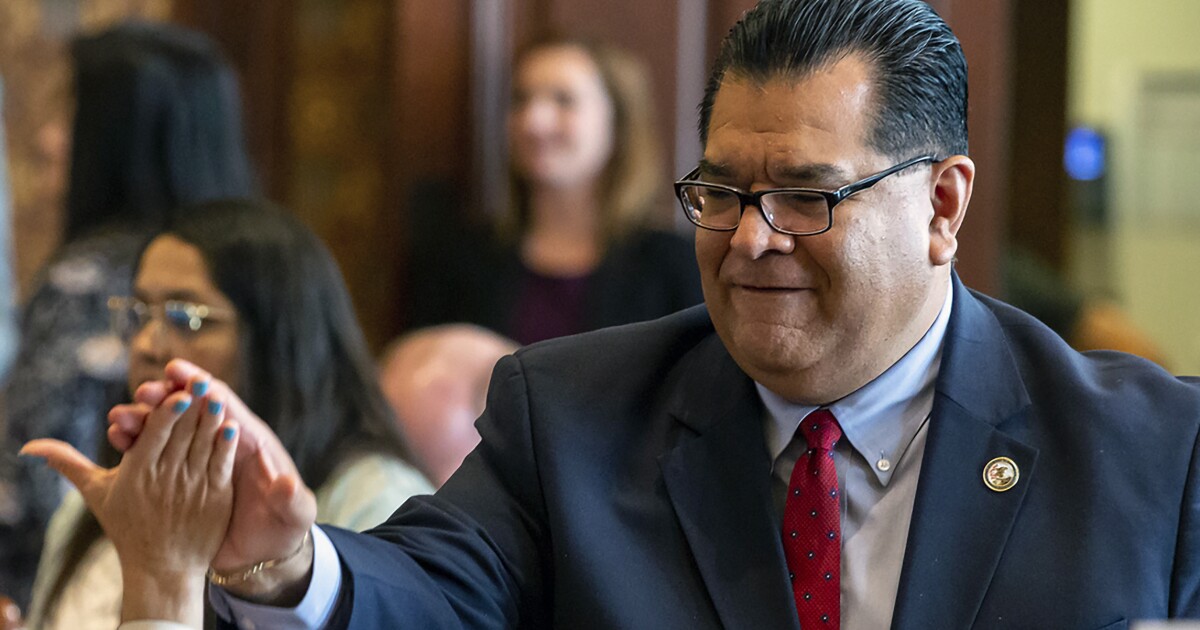 Former Illinois state Sen. Martin Sandoval, a Chicago Democrat who cut an agreement with federal prosecutors in exchange for his cooperation in another investigation, has reportedly died.

Dylan Smith, Sandoval’s former lawyer, told WBEZ Saturday that the lawmaker passed away from complications related to COVID-19 either Friday or Saturday.

Sandoval pleaded guilty to tax evasion and bribery charges in January. He admitted to accepting bribes in exchange for pushing legislation that benefited a red light camera company.

Sandoval admitted to taking more than $250,000 in bribes.

“I'm ashamed. I'm sorry. I want to apologize to the people of Illinois, to my constituents. I intend to fully cooperate with the government,” Sandoval said shortly after entering his plea.

The former lawmaker appeared to be an important part of U.S. Attorney John Lausch Jr.’s investigation into executives and lobbyists with utility ComEd and their campaign to ingratiate themselves with Illinois lawmakers, particularly House Speaker Michael Madigan, to further legislation that benefited them.

Five people have been charged in connection with the bribery probe in connection to ComEd, which entered into a deferred prosecution agreement and agreed to pay a $200 million fine. Madigan has not been charged.

Sandoval headed the powerful Senate Transportation Committee, a panel of lawmakers who traveled the state in 2019 to gin up support for doubling Illinois’ gas tax and hiking a host of other fees to fund the Rebuild Illinois infrastructure plan. He held considerable sway over which bill would pass and which would not, often by transferring them to subcommittees with no members.

This story is developing and will be updated.