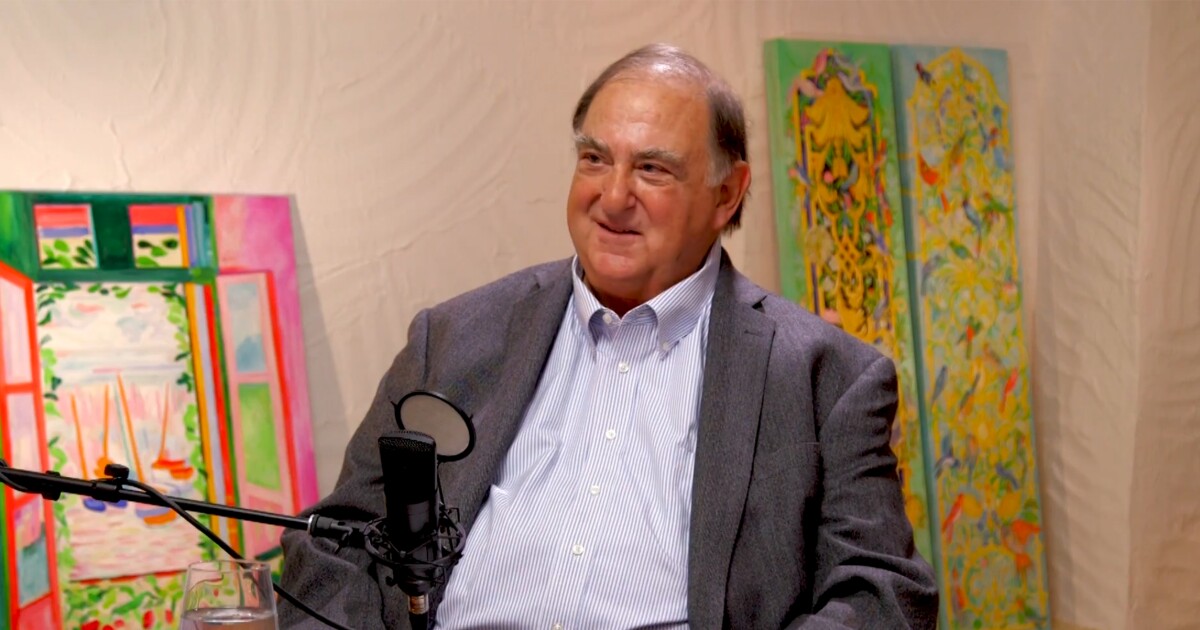 Newly declassified records detail the FBI’s plans to surveil Carter Page and show that the Trump campaign associate’s secretly recorded denials of allegations made in British ex-spy Christopher Steele’s discredited dossier were not relayed to the Foreign Intelligence Surveillance Court.

The newly declassified documents include a partial transcript of a secretly recorded conversation between Halper and Page in late October 2016, just after Page, dubbed “Crossfire Dragon,” left Trump's campaign.

The FBI memo dated Nov. 16, 2016, revealed “the FBI had recently learned that CD was traveling to London, U.K. and Johannesburg, South Africa,” and “the goal of the meeting was to have the CHS determine the reason for CD’s overseas travel” and unearth “any connections with the Russian Federation.”

Page said, “The core lie is that I met with these sanctioned Russian officials, several of which I’ve never even met in my entire life.” Halper pushed Page to invite the Russians to one of Halper’s Cambridge seminars, and Page repeatedly said no.

Halper said, “It would be very interesting to have them at [Source ID] and to have — if you wish — for you to come” with Page laughing and saying “my lawyers would advise me” against it, noting then-Democratic Minority Leader Harry Reid asked Comey to look into Page in August 2016. Halper tried again, saying it would be “a wonderful event,” and Page again said his “lawyers are always cautious” and, when Halper pushed, he replied, “Again, I don’t have their contact details.”

A September article contained a host of claims related to Page and the two Russians nearly identical to those in Steele’s dossier, which claimed Page was an “intermediary” between Trump and the Russians.

The dossier asserted that, in the summer of 2016, Page held “secret meetings” with Rosneft chairman Sechin and Putin’s deputy chief Divyekin. Page’s 2020 lawsuit against the DNC stated that “Dr. Page’s life and businesses were devastated by the false accusations.” The FBI did not determine Page met with either Russian, Horowitz noted.

“The application filed with the court did not fully or accurately describe the information obtained by the FBI as a result of this meeting because the FBI did not advise the Office of Intelligence that Page denied meeting with Sechin and Divyekin, as alleged in [Steele] Report 94, or that Page denied knowing anything about the disclosure by Wikileaks of hacked DNC emails, as alleged in [Steele] Report 95. In addition, the FBI did not advise OI that Carter Page denied having been involved with the Republican Platform Committee,” Horowitz concluded.

The FBI seemed most interested in Page floating the idea of setting up a think tank, potentially with funding from Russia.

“There’s a guy George Kennan. … there’s an interesting overlap between his predicament and the things he dealt with and today. … I’m the Kennan equivalent,” Page said, according to the transcript, adding, “The analogy I always make is like … Biden, when he’s not doing political stuff, his big ambition is to fight cancer. … I’m the same thing, fighting the cancerous foreign policy that’s leading to so many deaths, so this is kind of my mission if you will. So I’m sort of thinking about if Kennan found his Institute of Advanced Study, I’d love to you … [analyst note: create something similar].”

Kennan, a U.S. diplomat in Moscow, wrote a Foreign Affairs article on “Sources of Soviet Conduct,” arguing that “the main element of any United States policy toward the Soviet Union must be that of a long-term, patient but firm and vigilant containment of Russian expansive tendencies.” Kennan joined the Institute for Advanced Study in the 1950s and opposed the Vietnam War.

Halper pushed Page on who might fund his idea, and Page replied, “the only big question obviously like most things is the funding for it.”

Halper said, “I imagine you could probably find the funds because people are distressed with U.S. foreign policy,” and Page replied, “I don’t want to say there’d be an open checkbook, but the Russians would definitely …” before laughing.

Halper said “they would fund it,” but Page noted Russian funding has “pros and cons.” Halper suggested that “nobody needs to know exactly where it’s from,” but Page brought up a letter he’d sent to FBI Director James Comey denying Russia collusion claims.

Another declassified memo on the “Crossfire Dragon Operational Plan” dated Aug. 24, 2016, described how “the CHS will be wearing recording devices on his person” and the Crossfire Hurricane team would “live monitor the conversations between the CHS and CD.” It also said “SSG assets,” the FBI’s highly-trained Special Surveillance Group, “will cover CD during CD’s time in [Source ID]” — redacting the exact place. Page met with the FBI informant four times — August 2016, October 2016, December 2016, and January 2017.

Fired FBI lawyer Kevin Clinesmith admitted to special counsel John Durham he fraudulently edited a CIA email in 2017 to state Page was “not a source” for the agency when the CIA had told the bureau on multiple occasions Page had been an “operational contact” for them.

Horowitz’s report on the Russia investigation criticized the Justice Department and the FBI for at least 17 “significant errors and omissions” related to the Foreign Intelligence Surveillance Act warrants against Page and for the bureau's reliance on Steele's Democratic-funded dossier. Horowitz said Steele’s main source “contradicted the allegations of a ‘well-developed conspiracy’ in” Steele’s dossier.