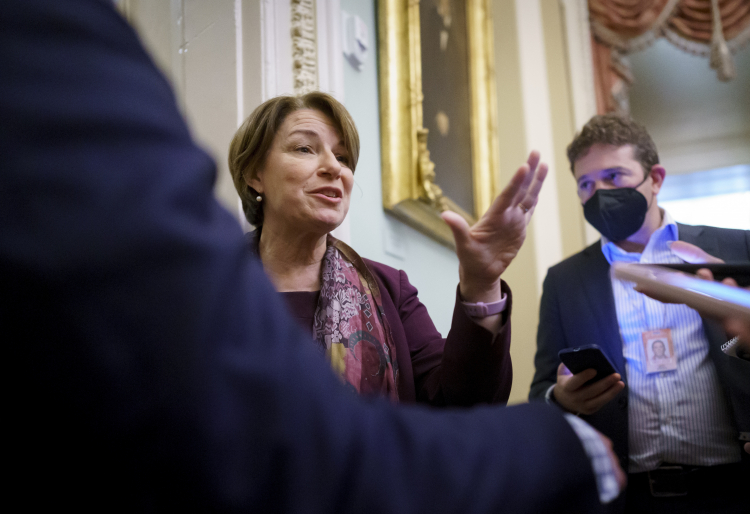 Early this summer, Senate Democrats tried to advance H.R. 1, a sweeping bill designed to launch a partisan federal takeover of America’s elections. They failed to win over even every Democrat in Congress. Now, they are offering a bill they’ve dubbed the Freedom to Vote Act, though a more honest name would be the Freedom to Cheat Act. Democrats say it’s new, but it’s really just a fresh face for the same federal takeover.

Progressives are working overtime to brand the Freedom to Vote Act as a bipartisan “compromise.” In truth, Democrats negotiated with themselves and once again are pushing a partisan agenda aimed at eliminating the most popular and proven safeguards that preserve Americans’ confidence in democracy.

Take voter ID laws, for instance. The left rails against requiring an ID to vote, claiming — despite all evidence to the contrary — that it is “voter suppression.” With H.R. 1, they tried to abolish voter ID requirements outright. But four in five Americans actually want everyone to show a photo ID when they vote, and these ID laws have grown more popular this year — especially among Black voters. Black voter support for photo ID laws jumped13 percentage points in five months; today, more than three in four Black and Hispanic voters back them.

Unsurprisingly, Democrats have walked back their rhetoric. But even as they publicly feign support for voter ID laws, they privately work to neuter them. For instance, progressives will be quick to say that the Freedom to Vote Act preserves voter ID. What they leave out is that the bill bans wildly popular photo ID requirements, bars ID for mail-in ballots, and imposes an identification standard for in-person voting so watered down that all you need to prove identity is to find another person willing to say they know you. Try that the next time you go through TSA.

Voter ID is just the beginning. The Freedom to Vote Act has most of the major elements of H.R. 1. The bill makes it harder for states to clean up voter rolls, even though studies have shown that as many as one in eight voter registrations are wrong. It forces every state to offer no-excuse mail voting, weaken absentee ballot safeguards, and accept ballots up to a week after election day. The bill mandates insecure drop boxes be made available in the dead of night, opening the door to vote trafficking by political operatives. And it hands out voting rights to violent felons the moment they leave prison. Have they completed their sentences or paid restitution to their victims? The bill’s proponents do not care.

Advocates do seem to care a great deal about making sure that politicians get paid to run for office, though. Like H.R. 1, the Freedom to Vote Act creates a program for House races that pays campaigns $6 in public funds for every buck they raise in private small-dollar donations. In other words, a $200 donation from a voter would stick taxpayers with a $1,200 bill. In a typical election year, the Freedom to Vote Act could direct billions of dollars in public funds to the politicians who enact it.

Democrats say the Freedom to Vote Act is needed to stop a wave of “voter suppression” in Republican states. Hardly. Conservative states are making it easier to vote and harder to cheat. Georgia lawmakers, for instance, added days of early voting and tackled chronic long lines that plague places like Fulton County — which just so happens to be run by Democrats. These reforms are not only good policy, they are popular with voters, and they are crucial to maintaining trust and confidence in democracy. That’s why two-thirds of Americans want to strengthen election safeguards, not eliminate them.

But that is exactly what Democrats aim to do, and there is no rule too small or innocuous to escape their scorn. Sen. Amy Klobuchar recently said that even requiring a voter to write his own birthday on a mail ballot was “voter suppression.”

Progressives have a vision for voting: lax rules, bloated voter rolls, endless legal challenges, and no way to detect or stop fraud. Whether they package it in a bill called H.R. 1 or the “Freedom to Vote Act,” it is a recipe for distrust and division, and Democrats know that it is profoundly out of sync with the desires of most Americans. Their response is not to listen, but to use dire cries of “voter suppression” to smear their opponents, frighten their voters into turning out, and manufacture support for a federal takeover of elections.

That is a deeply cynical and irresponsible strategy, but it is also a revealing one. For the left, it isn’t about boosting democracy. It’s about boosting Democrats.