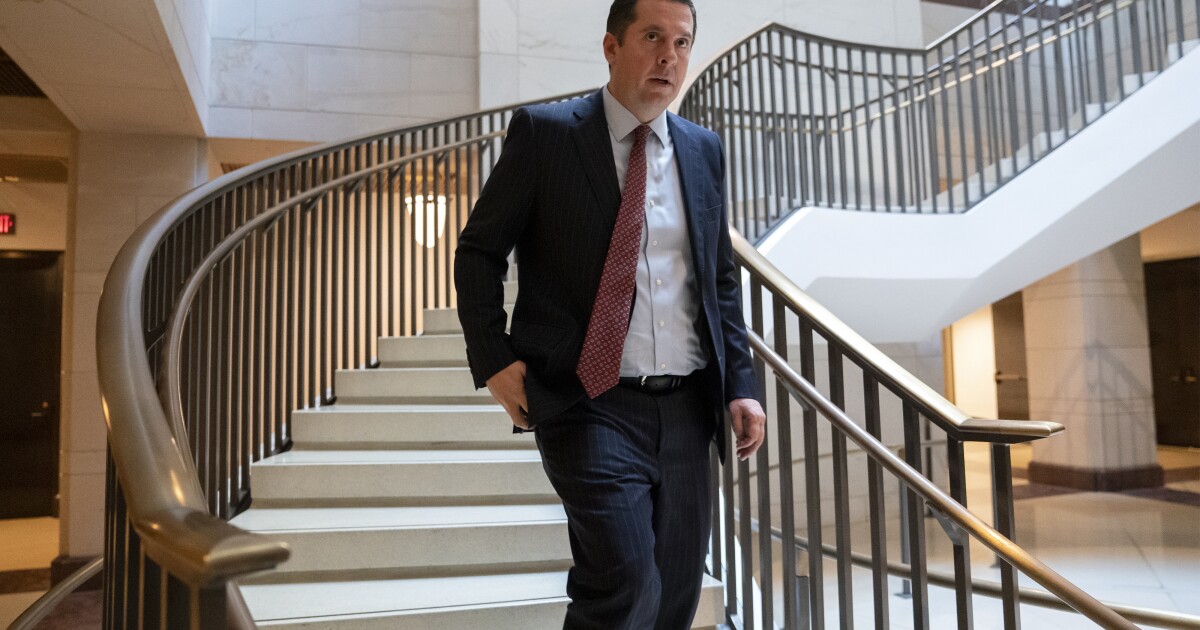 President Trump awarded the Presidential Medal of Freedom to GOP Rep. Devin Nunes on Monday, proclaiming that the strong critic of the Trump-Russia investigations “is a public servant of unmatched talent, unassailable integrity, and unwavering resolve.”

Nunes, 47, a California congressman and former dairy farmer who has represented the San Joaquin Valley since 2003, served as the House Intelligence Committee chairman from early 2015 through early 2019, where he helped unearth a host of problems with the FBI’s use of the Foreign Intelligence Surveillance Act to surveil former Trump campaign associate Carter Page, emerged as a vocal opponent of special counsel Robert Mueller’s investigation into allegations of collusion between the Russian government and the Trump campaign, and defended Trump against allegations of abuse of power during the Ukraine impeachment saga of 2019.

“Since his election to Congress in 2002 at the age of 29, he has been a tireless fighter for the farmers of California, waging a long and successful battle to bring water to the Central Valley. In 2014, Devin was selected to chair the House Intelligence Committee. As Chairman, he confronted Russian aggression and opposed the Iran Nuclear Deal. Against fierce opposition, he led the effort to declassify documents seized in the bin Laden raid that showed Al Qaeda’s collaboration with Iran,” the White House said in its announcement Monday, also saying, “In 2017, Congressman Nunes launched an investigation into the Obama-Biden administration’s misconduct during the 2016 election – and began to unearth the crime of the century.”

“This is a great honor that I accept on behalf of the people of California’s San Joaquin Valley,” Nunes said in a short statement to the Washington Examiner.

In early February 2018, Nunes and his GOP-led intelligence committee released a FISA memo, saying, “Our findings … raise concerns with the legitimacy and legality of certain DOJ and FBI interactions with the Foreign Intelligence Surveillance Court, and represent a troubling breakdown of legal processes established to protect the American people from abuses related to the FISA process.”

Nunes was met by swift backlash from many Democrats, and Democratic Rep. Adam Schiff released his own memo later that month, claiming that “FBI and DOJ officials did not ‘abuse’ the Foreign Intelligence Surveillance Act process, omit material information, or subvert this vital tool to spy on the Trump campaign.”

But DOJ Inspector General Michael Horowitz’s report in December 2019 largely vindicated the Nunes memo, criticizing the Justice Department and the FBI for at least 17 “significant errors and omissions” related to the FISA warrants against Page, for concealing potentially exculpatory information from the FISA Court related to denials by a number of Trump associates, and for the bureau's reliance on the Democratic-funded, discredited dossier by British ex-spy Christopher Steele.

Horowitz said FBI interviews with Steele's primary subsource “raised significant questions about the reliability of the Steele election reporting” and noted Steele’s main source’s account “contradicted the allegations of a well-developed conspiracy” in Steele’s dossier. Declassified footnotes now show the FBI was aware that Steele’s dossier might have been compromised by Russian disinformation.

Now-special counsel John Durham is investigating the origins and conduct of the Trump-Russia investigation. FBI lawyer Kevin Clinesmith admitted to Durham this summer that he falsified a document during the bureau’s efforts to renew its FISA authority to wiretap Page, editing a CIA email in 2017 to state that Page was “not a source.”

The special counsel also laid out 10 possible instances of Trump obstructing justice but did not reach a conclusion on that issue. Then-Attorney General William Barr and former Deputy Attorney General Rod Rosenstein concluded Trump had not obstructed justice.

“As a result of his work, he discovered that the infamous Steele Dossier was funded by the Clinton campaign and the Democratic National Committee,” the White House said of Nunes on Monday, adding that his “courageous actions helped thwart a plot to take down a sitting United States president” and that he “pursued the Russia Hoax at great personal risk and never stopped standing up for the truth.”

Trump recently issued pardons to a number of figures swept up in Mueller’s inquiry.

Nunes delivered a speech defending Trump during House impeachment hearings in November 2019, when he said that “after the spectacular implosion of their Russia hoax on July 24, in which they spent years denouncing any Republican who ever shook hands with a Russian, on July 25 they turned on a dime and now claim the real malfeasance is Republicans’ dealings with Ukraine.”

The first article of impeachment detailed the Democratic allegations Trump abused his power in soliciting Ukraine to interfere in the 2020 presidential election to harm the election prospects of now-President-elect Joe Biden. The second article of impeachment laid out Democratic claims of obstruction of Congress. Trump was acquitted following a Senate trial in early 2020.

The 2017 election meddling assessment from the CIA, the NSA, and the FBI concluded with “high confidence” that Russian President Vladimir Putin “ordered an influence campaign in 2016” and that Russia worked to “undermine public faith in the U.S. democratic process, denigrate former Secretary of State [Hillary] Clinton, and harm her electability and potential presidency” and “developed a clear preference” for Trump.

Adm. Mike Rogers of the NSA diverged from CIA Director John Brennan and FBI Director James Comey on one key aspect, expressing only “moderate” rather than “high” confidence that Putin “aspired to help” Trump’s election chances through “discrediting” Clinton.

The Senate Intelligence Committee released a bipartisan report in April defending the 2017 assessment, but its findings clashed with a 2018 report from the Nunes-led Republicans on the House Intelligence Committee, who said they “identified significant intelligence tradecraft failings that undermine confidence in the ICA judgments regarding Putin's strategic objectives.” Director of National Intelligence John Ratcliffe sent the intelligence community’s watchdog an investigative referral on that House report in October.