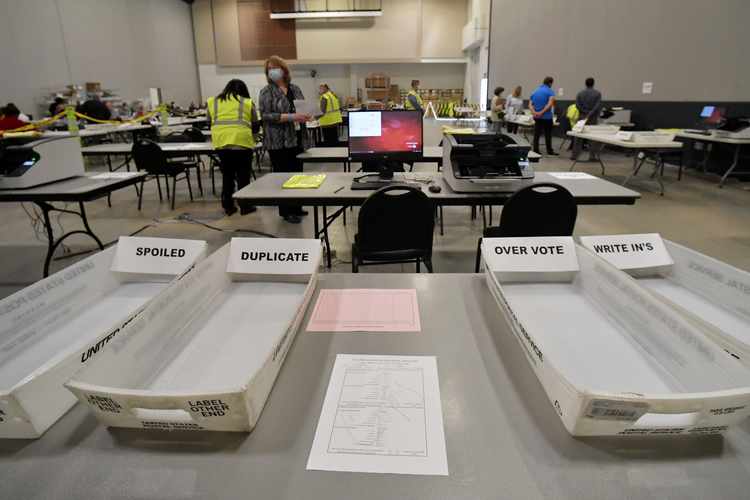 One of us has observed the first democratic elections in countries like Chile, Hungary, Czechoslovakia, Egypt, Tunisia, Afghanistan, and Ukraine — never thinking that our country would cease to be the model to emulate. The other of us has served as a political appointee in a Republican administration — never dreaming that in America one party would refuse to accept the result of an election and unnecessarily delay and obstruct the peaceful transition of power.

We are Democrat and Republican, but we are united in the view that, among other things, there is no “deep state” plot in our intelligence community to manipulate voting machines.

The recent “termination” of the very able Cybersecurity and Infrastructure Security Agency director, Chris Krebs, was “justified” by President Trump in part by the conspiracy theory about Dominion Voting Systems, a company that makes voting machines used in many of the swing states. The false allegations were that Russia could somehow gain access to the coding of the voting machines — perhaps by software update — and cause them to misreport vote totals.  As Krebs and other experts have properly pointed out, these machines have paper backup. And Georgia recently completed a hand recount of all 5 million-plus ballots cast by voters there, confirming the accuracy of the original machine count. In short, as Krebs and others have said, there is absolutely no evidence that any votes were miscounted in any way.

The firing had nothing to do with Krebs’ performance of his job. As Wisconsin Republican Congressman Michael Gallagher said: “Chris Krebs did his job and did it extremely well. The country is safer and our elections more secure from foreign interference because of his leadership at CISA. … He left a legacy of success [including] strengthen[ing] CISA, maintain[ing] auditable paper trails for voting, and provid[ing] cyber education so Americans can better spot disinformation.”

Meanwhile, foreign adversaries are in fact trying to breach other computer networks, and the workforce left at CISA needs support to thwart those attacks. Our intelligence community reports recent attempts at intrusion by North Korea and Iran. Other nations are trying to do us harm in a variety of different ways, including probing our critical infrastructure, stealing our intellectual property, disseminating malicious disinformation, and sponsoring ransomware attacks on our health care system. Indeed, it is fair to say that we are engaged in a low-grade cold cyber war with several other countries, and yet President Trump relieved the leader of our troops, without cause.

Where does this leave us? It sows doubt in the integrity of our election, something often alleged in Afghanistan and other fragile states. Few things could be more harmful at a time when national leadership is essential to manage the catastrophic effects of COVID-19, including a sharp increase in infections and deaths, overcrowded hospitals, exhausted and sick medical staff and first responders, a rise in hunger and homelessness, and millions of our children unable to socialize and learn in person in school.

This election was the most secure in U.S. history, according to officials. If we still allow faith in the system to be undermined when that was the case, there is little hope that the countries that have sought to emulate us over the years will use our system as a model ever again. What could follow is terrifying.

Democrat Jane Harman is a former nine-term member of Congress from California, president and CEO of the Wilson Center, and a member of the bipartisan National Council on Election Integrity.

Republican Paul Rosenzweig is a senior fellow at the R Street Institute and previously served as the deputy assistant secretary for policy at the Department of Homeland Security.