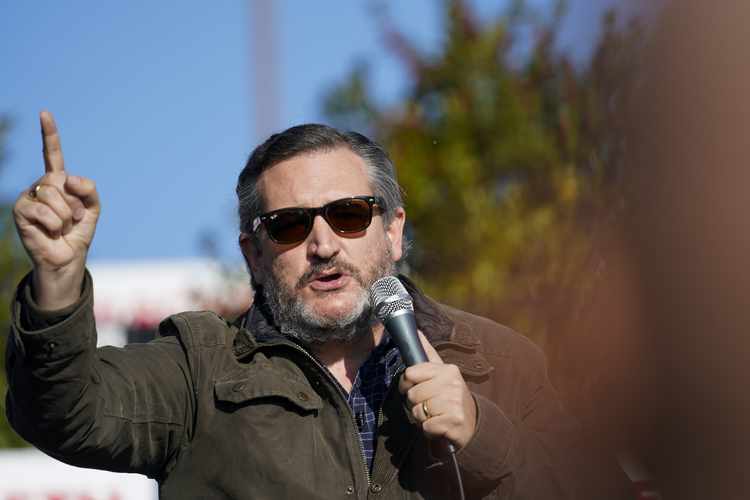 On Wednesday, when numerous Trump loyalists object to the certification of the legitimate Electoral College count and fellow Republicans join Democrats to vote against them, a civil war within the GOP will manifest on an unfortunate battlefield: the floor of the U.S. Congress. Even if they have managed to hold the Senate majority after two elections the day before in Georgia, the division within the party will reverberate for years. All of it is the inevitable result of Donald Trump weaponizing disinformation and lies.

In what will be the final episode of the Trump show, a made-for-television day in which the president will delight in watching his defenders attempt to subvert millions of votes cast legally in a free and fair election, these officeholders will stoke more outrage in voters who believe Trump’s fraudulent claims of systemic voter fraud. Like the leader of the free world, his enablers too will fail to provide evidence of this. The sick spectacle will bring historic shame upon the nation as the whole world watches on cable news.

Republicans who stand to defend the Constitution and the oath they took again on Sunday when sworn in to the 117th Congress will be doing the right and honorable thing, and though it should be perfunctory and ceremonial, it will put them at great risk with voters who believe the election was stolen. But just because the system will have “worked” by week’s end, and the outcome was never in doubt, doesn’t mean that the long-term damage of Trump’s fake election fraud will be diminished. Millions of Americans believe him, and thus far there are only two Republicans in Congress expressly telling them not to — Rep. Adam Kinzinger and Sen. Ben Sasse.

Senate leaders are urging Josh Hawley, Ted Cruz and others leading the objection stunt to abandon their plot. But Senate Majority Leader Mitch McConnell has told colleagues privately only that this is the most important vote of his career, and has left colleagues free to vote as they wish. The closest thing to a dramatic public statement came from Sen. John Thune, the second-highest-ranking Senate Republican. “This is an issue that’s incredibly consequential, incredibly rare historically and very precedent-setting,” Thune said. “This is a big vote.”

While this quote was likely to enrage Trump, it is not an effort to fix the problem by telling voters that the pollution they’re inhaling on Facebook — and through Trump’s Stop the Steal texts — is fake news, to put it nicely.

Remarkably, House GOP Conference Chair Liz Cheney will break with Minority Leader Rep. Kevin McCarthy and vote to certify the count Wednesday. She circulated a letter providing a brief lesson on the Constitution, with specific Article II and 12th Amendment references so voters are clear that “nothing in the Constitution remotely says that Congress is the court of last resort, with the authority to second guess and invalidate state and federal court judicial rulings in election challenges.”  The statement, of course, does not address that Trump has deceived millions and millions of Americans into believing something no Congress could ever let stand.

Sen. Pat Toomey, who is notably retiring, came out first against what Hawley announced and on which Cruz then piggy-backed. Toomey called out his colleagues by name, said their efforts undermine the right of people living in a democracy to choose their own leaders, and quoted former Attorney General Bill Barr stating: “we have not seen fraud on a scale that could have affected a different outcome in the election.” Trump’s voters now believe Barr is a member of a Deep State cabal that includes dead Venezuelans, the Democrats and the media, so that won’t change their minds. Sen. Rob Portman proposed a blue ribbon commission to examine election integrity, as he too plans to certify the vote Wednesday. Unfortunately that’s also not telling voters the truth.

Sen. Mitt Romney — the boldest truth teller in the GOP — warned the “egregious” stunt “dangerously threatens our Democratic Republic.” He called out the ambition of the plotters, and the danger of Trump calling for his supporters to surround the Capitol on Wednesday, which he said “has the predictable potential to lead to disruption, and worse.” But not once did Romney speak to the consequences of millions believing the garbage Trump has sold them for two months ahead of what will happen Wednesday. Nor did Sens. Tom Cotton or Lisa Murkowski or Roger Wicker or Mike Lee or even former House Speaker Paul Ryan. It seems they cannot come out with a simple declaration about the root of the problem, as Georgia Lt. Gov. Geoff Duncan did when he said, “It concerns me that folks continue to fan the flames of misinformation for the sole purpose of wanting to flip an election.” Or as Geraldo Rivera, a Trump friend, did when he said on Fox News Monday night that Trump voters were being “fed propaganda” about election fraud.”

No one knows more about the lack of evidence of systemic fraud that would have changed the outcome of the election than Hawley and Cruz. Expertly trained in the law, having served as attorney general of Missouri and solicitor general of Texas, respectively, the two 2024 hopefuls are only presenting “allegations of fraud,” knowing the mere theater itself will allow the BS brigade to raise money from, and curry favor with, Trump voters feeling aggrieved over fraud they are told was hatched by a wide-reaching conspiracy. And perhaps making America great again now means charging people with crimes, without evidence, because of something we read on Facebook.

When pressed about a lack of evidence, as Sen. Ron Johnson was on “Meet the Press” Sunday, many Trump enablers will say they have to do this for voters who don’t believe the election results because, well, the media lacks credibility and the Democrats “never accepted” Trump’s 2016 election. Sure, Democrats who called Trump an illegitimate president from the get-go most certainly damaged faith in our electoral system these last four years. But Hillary Clinton didn’t question one state’s counts or sovereignty, and the undeniable influence of Russia in helping Trump’s campaign was confirmed by every intelligence agency in our government.

The most cynical statement of all came from Sen. Mike Braun of Indiana, who, when he was considering joining Hawley, told Politico: “It’s a protest vote only. Because in my opinion there’s zero chance that anything will come from it. The House is not going to overturn and I don’t think you’ll even get close in the Senate.” Turns out Braun’s decided now he’s all in, because duping people over election results can’t be that damaging if it can’t succeed, right?

If Trump is leaving, and Republicans will break with him on Wednesday to protect the Constitution from enemies foreign and domestic — which now includes their colleagues — it’s stunning that Kinzinger and Sasse are the only Republicans in Congress to address the fact that voters have been lied to on a massive scale. “All this talk from @realDonaldTrump and congressional grifters is simply explained: they will raise money and gain followers by blaming everyone else knowing full well they can’t do anything. It’s sad, and an utter scam. #restoreourgop,” Kinzinger tweeted on Dec. 26.

Sasse’s Facebook post explaining, in exhausting detail, what happened in six swing state elections, emphasized that what Trump and his allies tell people on television and online wasn’t presented in court because “there are no penalties for misleading the public. But there are serious penalties for misleading a judge, and the president's lawyers know that — and thus they have repeated almost none of the claims of grand voter fraud that the campaign spokespeople are screaming at their most zealous supporters. So, here’s the heart of this whole thing: this isn’t really a legal strategy – it’s a fundraising strategy. Since Election Day, the president and his allied organizations have raised well over half a billion (billion!) dollars from supporters who have been led to believe that they’re contributing to a ferocious legal defense. But in reality, they’re mostly just giving the president and his allies a blank check that can go to their super-PACs, their next plane trip, their next campaign or project. That’s not serious governing. It’s swampy politics – and it shows very little respect for the sincere people in my state who are writing these checks.” Sasse and Kinzinger aren’t enjoying this — they have plenty of Republican constituents telling them to Stop the Steal — but they are gently trying to Stop the Scam.

“Every public official has the responsibility to tell the truth,” Sasse wrote in his Facebook post. But Republicans don’t get a pass because their party leader lies all the time and they secretly don’t like it. They have consistently refused to call out Trump’s falsehoods knowing full well that compulsive lying is not compatible with governance, let alone self-governance and democracy. But by letting each lie go, day after week after month after year, they have led us to this moment. They can think that certifying Joe Biden’s election gets them past the immediate crisis and cleanses them of the sins of Hawley, Cruz, McCarthy, et al. — but without speaking truthfully to their voters about Trump's lies they remain complicit in hijacking self-government.