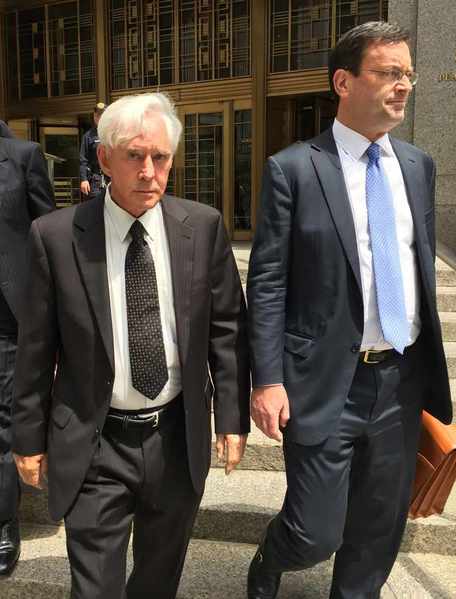 William T. “Billy” Walters knows prosecutors don’t always play fair. He has first-hand knowledge that sometimes prosecutors break the rules and leak information they are obliged to keep to themselves. So, Walters is suing them.

Almost by definition, prosecutors and defense attorneys have different sets of rules and interests. Defense attorneys are obligated to zealously protect their clients. Federal prosecutors, on the other hand, are bound by the Rules of Criminal Procedure, which prohibit leaking of grand jury material. In other words, some things are supposed to remain secret and the government must stay silent despite the allure of microphones, television cameras, and reporters’ notepads.

For prosecutors, winning at all costs is not supposed to be the goal. Unfortunately, things don’t always work that way. Too often prosecutors search for an edge. At times, the Sixth Amendment’s guarantee of a fair trial by an “impartial jury” and federal criminal rule 6(e)’s prohibition against disclosure by the government of grand jury proceedings are treated as mere suggestions rather than legal mandates.

Billy Walters (pictured above, left) is a case in point. A retired professional gambler, he was convicted of insider trading in 2017. Although he broke the law, the government’s conduct leading up to his trial earned the approbation of trial and appellate courts. The FBI, apparently with the blessing of prosecutors of the Southern District of New York, leaked non-public information that never should have been shared. In 2014, the FBI blabbed to the Wall Street Journal and The New York Times about its investigation into Walters, despite explicit legal strictures to the contrary and the fact that the probe until that point had not born fruit.

In May 2016, the Department of Justice and Preet Bharara, then U.S. attorney for the Southern District of New York, led the charge and announced Walters’ indictment on charges of security fraud. But things got unexpectedly messy as the leaks came to light.

Mere months later, Bharara admitted to the court that the government had committed the exact same transgression against Walters that he was being charged with – disseminating non-public information. In a December 21 letter, Bharara acknowledged: “It is now an incontrovertible fact that FBI leaks occurred, and that such leaks resulted in confidential law enforcement information about the investigation being given to reporters.”

In response, the trial judge expressed “shock.” U.S. District Court Judge P. Kevin Castel drew a direct parallel between the federal government’s actions and Walters’ alleged crime: “Mr. Walters is charged with, among other things, tipping material non-public information to another. And to help support that case, the special agent apparently tipped material non-public information improperly to another. That’s what we have here.”

The judge shouldn’t have been “shocked.” The reality is that leaks are an all-too-common prosecutorial weapon used to curry favor with the public, particularly in high-profile cases – and, worse, to sway prospective jurors. Walters was convicted the following April. On appeal, the Second Circuit affirmed his conviction in 2018, but not before the panel’s majority and concurrence each blasted the government’s handling of the case.

The majority noted that government’s leaking of “confidential grand jury information” constituted “serious misconduct and, indeed, likely criminal.” The concurrence came down even harder. It opined: “The arresting feature of this case is that the supervisor of the FBI investigation was likewise involved in the illegal leaking of confidential information.” Beyond that, it noted, “The leak of grand jury testimony is in some respects more egregious than anything Walters did.”

More than 30 years ago, Alan Dershowitz complained of the government’s abuses in a New York Times op-ed titled “When Prosecutors Violate Confidentiality.” Never one to mince words, Dershowitz, then a professor at Harvard Law School and more recently a member of President Trump’s defense team, observed: “Selective leaks to the media have become a conventional weapon in the prosecutorial arsenal.”

These days, Walters is out of prison and, again, is taking a gamble, this time with a lawsuit filed in October. In his complaint, Walters alleges that members of the government violated his constitutional rights. He seeks damages and a declaration by the court that his rights were violated. In lawyer-speak, this is known as a Bivens action. Among the defendants are Bharara and Daniel Goldman, Rep. Adam Schiff’s counsel during the House of Representatives’ impeachment proceedings. The government itself is not a named defendant.

According to criminal justice expert Walter Pavlo in Forbes: “The complaint helps expose, and seeks to rein in, what many believe is the Southern District’s credo that the ends justify the means – the law be damned.”

The public may soon learn that abuse of power can happen in the legal system. Beyond that, Walters may finally obtain some measure of vindication. And yes, silence can be golden – even for prosecutors.

Gregory Tosi is a Washington, D.C.-based lawyer who worked on criminal justice reform and civil rights issues as a staffer in the U.S. Senate.