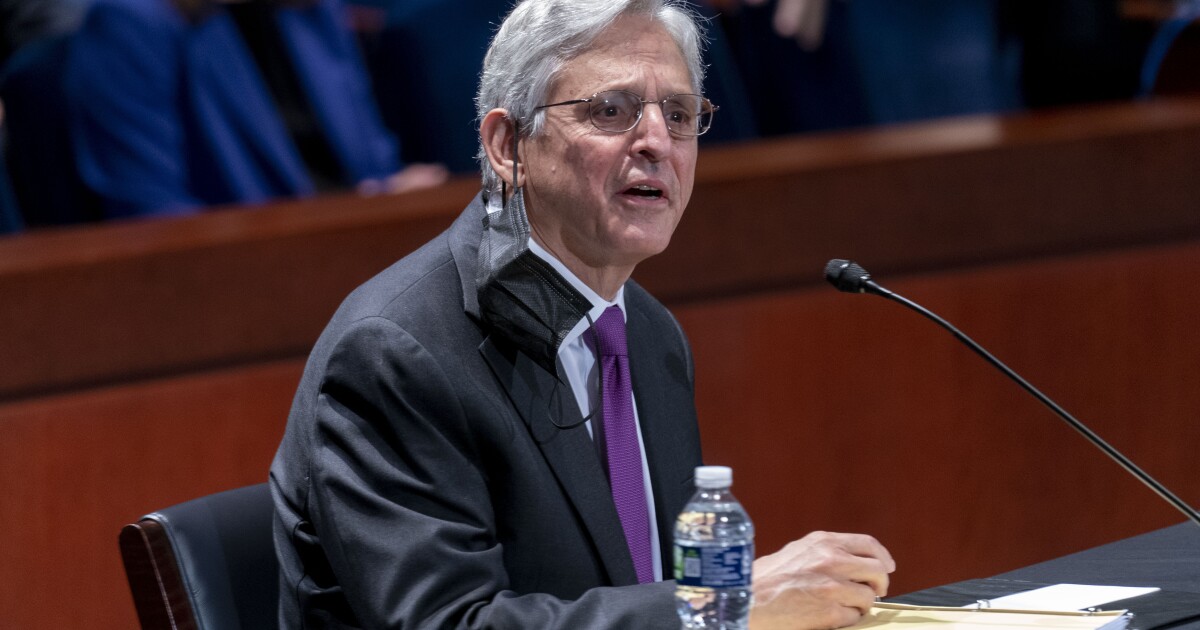 Attorney General Merrick Garland dismissed a press release issued by his own department when asked why he put the Department of Justice ’s National Security Division on the case of protesting parents if he didn't consider them “domestic terrorists.”

Garland's confusing spin came during a House Judiciary Committee hearing on Thursday when he was asked about a controversial memo he issued on Oct. 4. The DOJ press release announced a task force that includes the FBI to help address an alleged threat posed by parents angry about progressive public school curricula.

The memo said the DOJ “will announce a series of measures designed to address the rise in criminal conduct directed toward school personnel.” One new DOJ initiative will “determine how federal enforcement tools can be used to prosecute these crimes,” the press release stated.

While Garland's memo did not mention the National Security Division, which deals with terrorism and other threats, the accompanying DOJ press release did, naming it as part of the new task force. Garland told lawmakers on Thursday he could not “imagine a circumstance where [parents] would be labeled as domestic terrorism.”

Ohio Republican Jim Jordan seized on the press release language to ask why the specialized DOJ arm would play a role in policing parents.

“You said there’s no way you’re going to be treating parents as domestic terrorists,” Jordan said. “But you’ve got the National Security Division in a press release regarding your memo that day.”

Garland then insisted: “My memo does not mention the National Security Division.”

“I didn’t say it did,” Jordan replied. “I said the press release accompanying your memo that day from the Department of Justice talks about the National Security Division being part of this effort.”

Parent groups nationwide have objected the teaching of critical race theory, transgender policies, mask mandates, and other issues in public schools. Garland sought to assure lawmakers his department would only get involved with threats or acts of violence against teachers and school officials.

But questions have swirled in the wake of Garland's letter, and his testimony Thursday did little to put the controversy to rest. One issue is the emerging appearance that the entire effort — from a letter by the National School Boards Association to President Joe Biden to the controversial DOJ memo — was well coordinated.

Garland revealed on Thursday the Justice Department and White House communicated about the NSBA letter, which likened parent protests to “domestic terrorism,” before Garland issued the memo . New emails from the NSBA itself show it was in touch with the White House about its letter prior to publishing.

In addition, critics have questioned  whether Garland has a conflict of interest  related to this issue due to his familial connections  to a left-wing education company called Panorama Education, co-founded  by his son-in-law.

Garland repeatedly refused on Thursday to say whether he had undergone an ethics review or whether he would in the future.