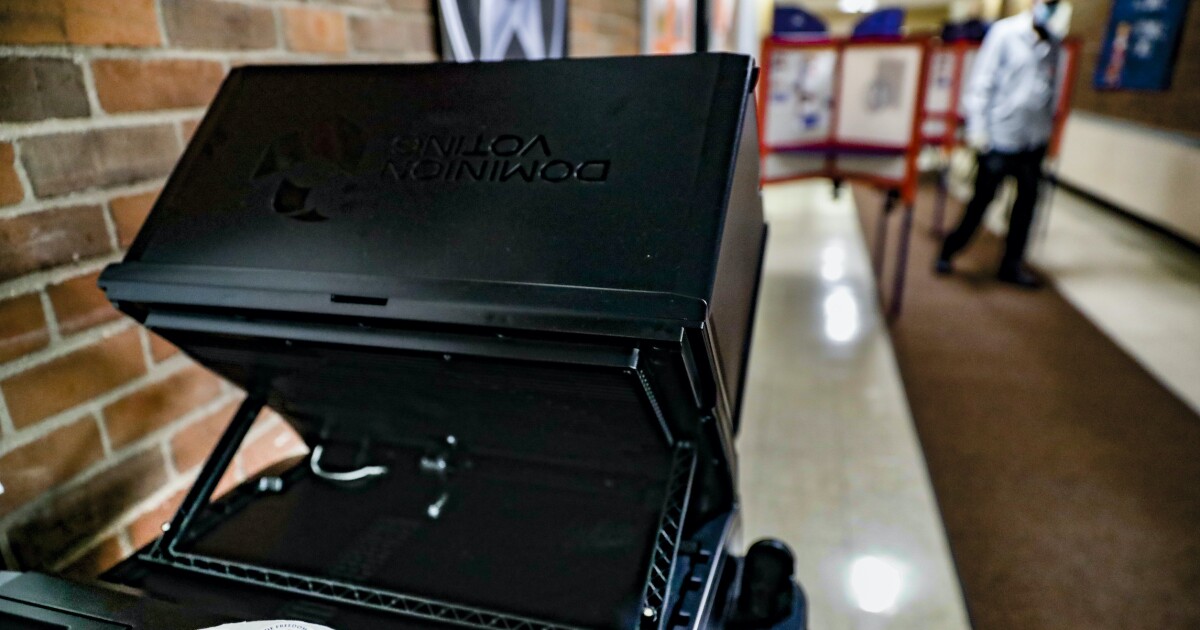 Politico’s Marc Caputo reported over Twitter that Carlos Nelson, a Ware County election supervisor, pushed back on an assertion from Chuck Callesto, a self-described political strategist who has been boosting unverified claims of election fraud on social media, that the Trump team was in possession of a voting machine from Ware County.

Nelson also said there was a “human-error tabulation issue” during the hand recount and that the tallies match the machine recount. “I can tell you this is —I don’t want to cuss — this is a darned lie. Our vote machines are secure. There’s no vote-flips,” Nelson said.

Ware County Election Supervisor Carlos Nelson told me this is false: No one has obtained any machine from his office. There was a human-error tabulation issue discovered during the hand recount, the tallies of which were matched by the just-ended machine recount https://t.co/GGrYY5WHJJ

“I can tell you this is —I don’t want to cuss — this is a darned lie. Our vote machines are secure. There’s no vote-flips” —Carlos Nelson, Ware County election supervisor https://t.co/ySgi2jeXxz

He also reported that Nelson was “exasperated by the disinformation disseminated” by former White House chief strategist Steve Bannon. “Social media and people are gonna make what they can out of it to fit their narrative,” he was quoted as saying.

Attorneys Sidney Powell and Lin Wood have tried to overturn the state’s election results, repeating claims of voting fraud that have not gained traction in court, by calling into question the integrity of Dominion Voting Systems machines and state officials. Dominion has vociferously denied being party to any vote-switching scheme.

President-elect Joe Biden won the state's 16 electoral votes, but Trump refuses to concede the presidential election and requested another recount in Georgia that is wrapping up on Friday.

The Washington Examiner reached out to the Trump campaign for comment about the claims it had a voting machine.