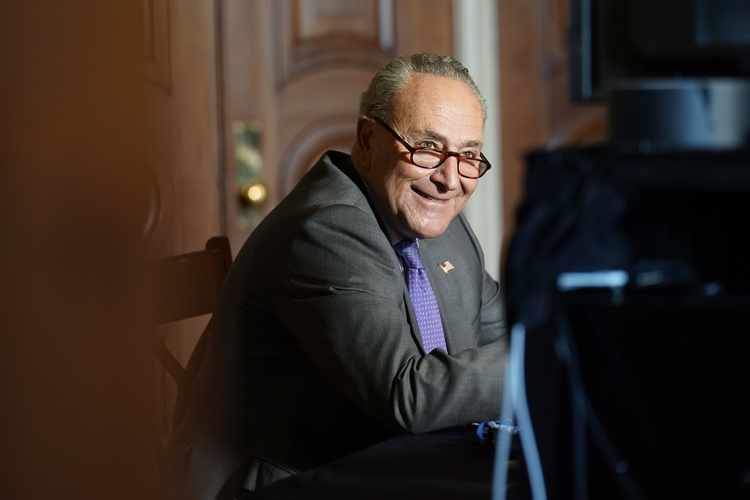 Republicans threw everything they had at holding the line in the Georgia Senate runoffs, but it wasn’t enough. The traditional political lines in the once ruby red state have shifted with the cities and suburbs now controlling political outcomes – and in this fateful year, they appear poised to hand President-elect Joe Biden the power to advance his agenda in Washington without Republican roadblocks.

In a repeat performance of the presidential election results in the Peach State, the substantial leads of Republican Sens. David Perdue and Kelly Loeffler evaporated in the middle of the night as votes from Atlanta and its suburbs poured in. At 2 a.m. media outlets began declaring Democratic challenger Raphael Warnock the winner over Loeffler, as his fellow Democrat, Jon Ossoff, began building a lead over Perdue. That lead reached more than 17,000 votes by morning and is expected to grow throughout Wednesday.

The impact of twin Democratic wins, if both hold, is devastating to Senate Republicans and their ability to serve as a check on both Biden’s agenda and his ability to assemble a team of Cabinet picks and top-level officials throughout the federal government. Biden had waited to choose his attorney general until after the Georgia runoffs as he calibrates who can most easily win confirmation in the upper chamber. Now he can have far greater latitude in selecting his nominee for the nation’s top law enforcement official and many other positions in the new administration. The Democratic wins help smooth the way for two controversial nominees in particular: Xavier Becerra, California’s attorney general who was tapped to become Health and Human Services secretary, and Neera Tanden, the president of the liberal Center for American Progress, named to helm the Office of Management and Budget.

Flipping control of the Senate also ushers in a new era in Washington and a changing of the leadership guard. The Democratic wins in Georgia will deliver unified Democratic control in Washington for the first time in a decade and give Sen. Chuck Schumer of New York control over the chamber’s schedule and priorities. Schumer will be the first Jewish Senate majority leader while Warnock will be the first black Democratic senator from the South and Ossoff the first Jewish senator representing Georgia. Senate Majority Leader Mitch McConnell will turn 79 next month and may have little desire to continue leading his conference with a return to the minority.

Biden put a positive spin on full Democratic control of Washington while campaigning for Warnock and Ossoff in Georgia on Monday.

“By electing Jon and the reverend, you can break the gridlock in Washington and this nation,” he said. “With their votes in the Senate, we’ll be able to make the progress we need to make on jobs and health care and justice and the environment and so many other things.”

If Ossoff maintains his lead, Schumer and his Democratic caucus can now put a number of their longtime legislative priorities to a vote, including a minimum wage increase, universal background checks for gun ownership, Obamacare expansions and the lifting of Trump-era restrictions on illegal immigrants. Because Senate rules now only require a simple majority when approving the appointment of judges, Biden also can begin to reverse the gains Trump and McConnell made in filling out the federal bench with conservatives.

During the Senate campaign, Perdue and Loeffler cast themselves as the last line of defense against a far-left socialist Democratic agenda. They predicted that the opposition party would try to pack the Supreme Court and grant statehood to Washington, D.C., and Puerto Rico while stripping away Second Amendment rights.

But some Democrats cautioned that with the very slim new majority, centrists like Sen. Joe Manchin of West Virginia would have increased power to block sweeping liberal goals, especially around energy and climate policy. Manchin vehemently opposes ending the filibuster, the Senate process that requires a 60-vote threshold to pass most legislation, and will likely block efforts to eliminate it. Manchin also has a long history of working across the aisle with GOP moderates such as Susan Collins of Maine, Lisa Murkowski of Alaska and Mitt Romney of Utah. When it became clear that Warnock would win and Ossoff would likely prevail early Wednesday, Manchin’s name began trending on Twitter.

Republican recriminations began before sunrise, with most blaming President Trump and his constant focus on election fraud allegations over the last two months amid spiking COVID cases and deaths, and more broadly, his chaotic four-year takeover of the Republican Party.

“Suburbs, my friends, the suburbs. I feel like a one trick pony but here we are again,” tweeted Josh Holmes, McConnell’s former chief of staff and a GOP consultant. “We went from talking about jobs and the economy to Q-anon election conspiracies in 4 short years and – as it turns out – they were listening!”

Even before any definitive results were in, Gabriel Sterling, the voting systems implementation manager for the Georgia Secretary of State’s Office and a Republican, said if either GOP senator loses, the blame “falls squarely on the shoulders of President Trump.”

Markets don’t like one-party control of Washington and showed signs Monday of unease about a possible Democratic takeover with a sharp sell-off that managed to mostly correct itself Tuesday with hopes of a bigger COVID relief package in play.

The prospect of full Democratic control has supply-side Republicans bracing for economic hits as they fret over Senate Democrats’ ability to use a 50-vote threshold allowed in the budget process to push through tax increases. Sen. Bernie Sanders, the leader of the progressive wing of the party who successfully pushed mainstream Democrats to the left in recent years, is in line to become chairman of the Budget Committee.

David McIntosh, the president of the conservative Club for Growth, predicted that repeal of the Trump tax cuts and additional tax increases will become Democrats “No. 1 agenda item” along with green-energy regulations that curtail U.S. energy production and exports.

“I think it will basically mean that we’re going to be stuck with the COVID economy” over the long term, McIntosh told RealClearPolitics, noting that the stock market should remain “exuberant” with more stimulus packages expected under Democratic majorities in both houses of Congress, but jobs and corporate earnings could trail off as tax increases become law.

In the short term, Democrats will likely move to pass $2,000 stimulus checks for most families, up from the $600 checks Congress passed before its Christmas break. McConnell opposed the larger number, refusing to allow a clean vote on the proposal after Trump’s last-minute push, which put Loeffler and Perdue in a tough spot as they rushed to support the higher payments after voting for the lower ones.

“Joe Biden & the entire Dem Party were incredibly clear of the stakes here, starting with the $2,000. Checks and massive economic relief policies that put money and resources in the hands of the people,” Alex Lawson, executive director of Social Security Works, tweeted Wednesday morning. “They are going to have to deliver that, starting with the checks on day one.”