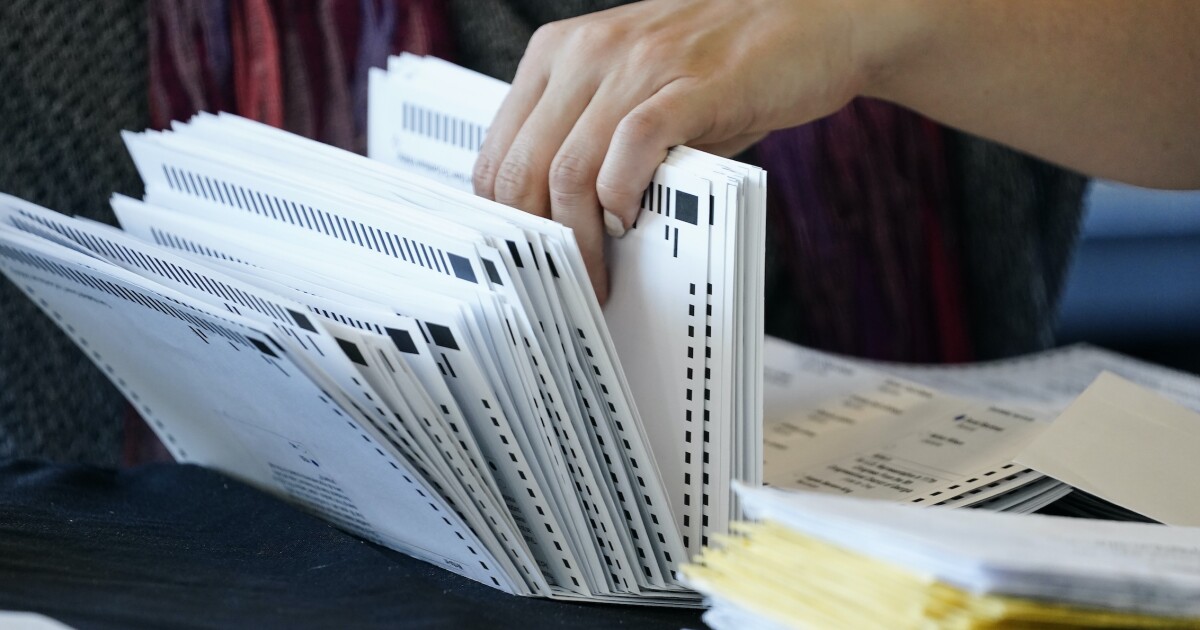 MADISON, Wisconsin — Republicans working as credentialed poll challengers in Michigan said in sworn affidavits that they experienced intimidation and insults from poll workers and others while absentee votes were being tabulated.

The sworn accounts about the state’s vote count are part of a lawsuit that President Trump’s reelection campaign filed in federal court on Tuesday evening. The lawsuit contains several accusations of election fraud in Wayne County, the county that houses Detroit, Michigan’s biggest city and a Democratic stronghold. The lawsuit was filed in the U.S. District Court for the Western District of Michigan and seeks to keep the state from certifying its results until the voting process can be reviewed.

A poll challenger is like a poll watcher but is credentialed and has more rights to challenge election procedures.

Dozens of affidavits were contained within the corpus of the lawsuit. One exhibit contained 234 pages of both typed and handwritten affidavits from Republican challengers, most of whom recounted their experience at Detroit’s TCF Center. The center was the county’s hub for counting absentee ballots. It drew national attention after polls closed as Republicans claimed that they were being cut out of the counting process and illegally being blocked from watching the proceedings, all while being harassed and intimidated by Democratic challengers and poll workers.

“I experienced: Intimidation countless times, persistent lies from some table supervisors and managers regarding rules that prohibited me from doing my job, and threats of assault,” wrote Braden Gaicobazzi under penalty of perjury. “I was escorted from the room by police after about 9 or 10 hours of peacefully doing my job for simply standing my ground at a table with people who were denying me access to see ballots and threatening me.”

Gaicobazzi was one of several people who signed the affidavits alleging that police officers at the TCF Center assisted with removing GOP challengers from the room.

The Washington Examiner reached out to the Detroit Police Department, and a spokeswoman said that the department doesn't comment on pending litigation.

Some of the authors of the affidavits recounted cheering and applause every time a Republican challenger was led back outside of the counting area. Gaicobazzi added that “derogatory insults” were often hurled at the ejected challengers.

GOP poll challenger Karyn Chopjian, echoing many of the other affidavits, said there was a “pattern of intimidation, secrecy, and hostility by poll workers” at the TCF Center as the Republicans attempted to follow along with the counting process.

Amanda Posch, another GOP challenger, recalled remarks she claimed a poll worker made after chaos erupted at the center and said Republicans who were not being let into the building began banging on the windows. Posch said she heard the poll worker quip, “They acting like kindergarteners, I hope the police come out and shoot them, like you do to us.”

“I asked her if she was threatening violence towards me,” Posch wrote, “and she mumbled something under her breath that sounded like you heard me.”

There were also allegations of racism and prejudice lodged in the affidavits.

Qian Schmidt claimed in the legal document to be of Asian descent and to speak Mandarin Chinese. Schmidt wrote that a noncredentialed individual said, “What gives you the right to be here, since you are not American.”

Tracy Topini said that she was speaking in her native language to a friend and fellow GOP challenger, who also spoke the same language (which wasn’t specified), and “a black male challenger who was not wearing credentials approached us and asked us, ‘Where were you born; where do you live.'”

The Trump campaign hopes that accounts like these, in addition to sworn allegations that numerous GOP challengers were kept away from legally observing the counting process, will convince a federal judge to rule in its favor.

The state’s election officials have vociferously denied claims of any electoral malfeasance, and the Trump campaign has already tried to push a lawsuit through the state courts, although that legal action was quickly shot down. Another effort by a nonprofit group alleging election fraud in Wayne County was also ruled against soon after it was filed.

Even if the campaign is successful in its legal efforts, it has a large margin to overcome if it is to win the Wolverine State’s 16 Electoral College votes. Presumptive President-elect Joe Biden was ahead of Trump in Michigan by 146,123 votes, with 50.6% of the vote, compared to Trump's 47.9%.