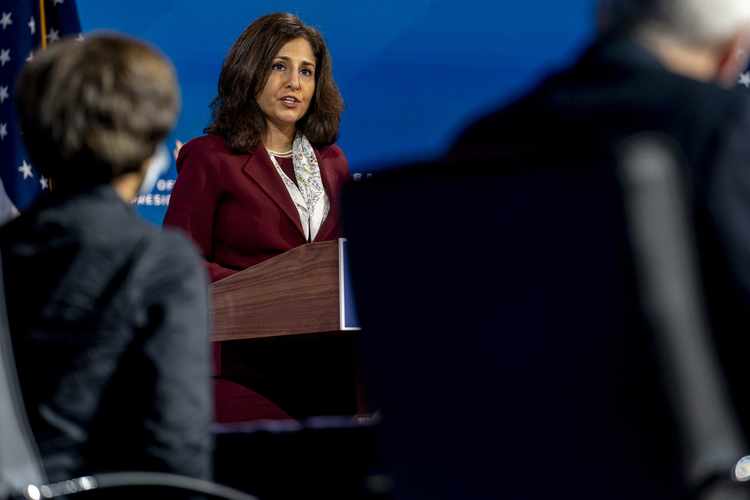 President-elect Joe Biden this week announced his top aides to the White House and his economic team. They are all extremely talented, experienced and historically diverse. They also will inherit daunting challenges that they will face with grit, knowledge, intellect and integrity.

But one of them is already receiving hyperbolic and hypocritical attacks from Republicans – Office of Management and Budget Director-designate Neera Tanden. As much as any nominee who faces Senate confirmation must be thoroughly vetted and tested, the hypocrisy that accompanies the criticism of Tanden should be equally tested.

I have known Neera Tanden for nearly two decades, and to know her is to understand that her background, experience and character make her exceptionally qualified for this job. She has spent her life in public service. She worked for Hillary Clinton, then in the Obama administration at Health and Human Services, helped write the Affordable Care Act, and led the distinguished and influential liberal think tank, Center for American Progress.

Throughout it all, she has been immersed in the details of and has helped promote policies that enable working-class Americans – no matter their background — rise to the potential this country uniquely offers anyone who works hard and plays by the rules.

Tanden was not a child of privilege. She lived for a time in Section 8 housing while her mother relied on food stamps to feed her family. Tanden experienced firsthand how a social safety net can be the foundation many need to help them back on their feet. Her mother was able to land a job and put her and her brother through school.

This perspective stayed with Tanden. It instilled in her the belief that any functioning national economic policy in the richest country on earth needs to recognize the dignity and the humanity of all people. This has been her true north throughout her career.

She would be the first woman of color and the first South Asian-American to lead the OMB – making this another historic pick for the Biden-Harris administration, which is fulfilling its promise to lead by reflecting what America truly is — a diverse and rapidly changing nation founded by immigrants.

As has always been her modus operandi, Tanden will be an OMB director who listens to a range of perspectives and will build consensus. Her nomination has received praise across the political spectrum – from Sen. Elizabeth Warren to staunch conservative Bill Kristol. She has received accolades from various lawmakers, women’s groups, immigrant groups, labor groups, and top economists.

Republican senators, however, are attacking her based on a selection of past tweets, after four years of totally ignoring President Trump’s barrage of insults, lies, and hateful Twitter rants.

Their sudden pearl-clutching and faux outrage at Tanden's tweets after a whole term of burying their heads in the sand about Trump’s Twitter behavior is offensive and hypocritical.

I am not saying that Tanden’s tweets should not be questioned or judged. They should. She was a public servant and is looking to be one again, and the public deserves to know what she has said publicly — the same as everyone else who is nominated for a top-level job. But those who are doing the judging at this moment, without any substantive criticism beyond her past tweets, are ill-equipped to do so, and standing alone, those criticisms fall flat.

Sen. John Cornyn was quick out of the box, saying, “I think, in light of her combative and insulting comments about many members of the Senate, mainly on our side of the aisle, that it creates certainly a problematic path. . .  Maybe his worst nominee so far.” He also criticized her for deleting many of the offending tweets.

“I've noted that she’s apparently deleted a lot of our previous tweets in the last couple of weeks, which … seems pretty juvenile, and I mean, it’s as if people don't have access to it.”

When asked in the past about Trump tweeting dangerous conspiracy theories, Cornyn responded, “I'm not going to comment on the president's tweets.” When pushed on it, he responded, “You know a lot of this stuff just goes over my head.” How convenient.

Sen. Rob Portman was also quick to pounce on Tanden’s past Twitter comments. “The concern I have is both judgment, based on the tweets that I’ve been shown, just in the last 24 hours … and it’s the partisan nature,” said Portman, a former OMB director himself. “Of all the jobs, that’s one where I think you would need to be careful not to have someone who’s overtly partisan.”

Really? Does Sen. Portman not think that being president of the United States is the top job where you would need someone who is not overtly partisan?

Clearly not, since he looks the other way on Trump’s tweets. When asked earlier this year about a bizarre Trump tweet on immigration, Portman responded, “I’ll be honest with you, I’ve been on calls all morning – I haven’t seen it.”

A third Republican senator was not far behind. While Lindsey Graham joined his colleagues on the Tanden Twitter Outrage Train, he apparently thinks it is perfectly acceptable to call a prospective nominee for the incoming president-elect “a nut job” on the very platform Tanden is being criticized. But when Trump nominees, including Richard Grenell, had past Twitter issues, Graham had no problem confirming them.

Neera Tanden is an imminently qualified woman who will make history and break glass ceilings in her role as OMB chief. More importantly, she will implement policies and programs that will help all Americans achieve the American dream. Republicans should celebrate and support that. Not stand in the way with their hypocritical grandstanding.

Maria Cardona is a Democratic strategist, a CNN and CNN Espanol political commentator, former DNC communications director, and she helped pioneer the NDN’s 2004 multi-million-dollar Hispanic Project for the Democratic Party.