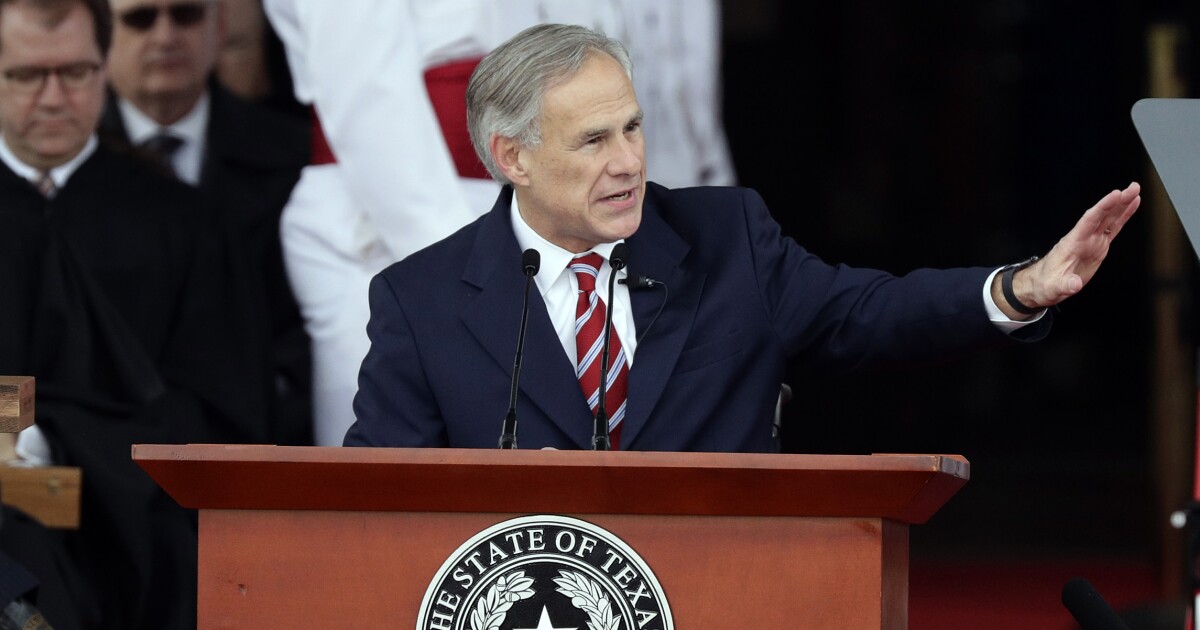 Breaking with the Republican Party of Texas, Gov. Greg Abbott congratulated state Rep. Dade Phelan, R-Beaumont, on securing the necessary votes to become the next speaker of the Texas House.

“Congratulations to my friend, Dade Phelan, for securing the votes – including over 95% of the Republican caucus – to become the next Speaker of the Texas House,” Abbott, a Republican, said in a statement. “A strong conservative, Dade has a proven record of fighting for the lives and livelihoods of all Texans, having played a key role in authoring and passing critical legislation to bolster disaster relief and preparedness following the devastation of Hurricane Harvey. I look forward to working with him and all members of the House on commonsense, conservative legislation to create an even brighter future for the people of Texas.”

Phelan on Monday said he has “established a bipartisan workgroup to review and make recommendations on legislative operations during the COVID-19 pandemic.”

He also announced his “dear friend and former boss, Tommy Williams,” has agreed to chair his House Speaker transition team.

Phelan pledged the day after the election that “over the coming days, I will work to try and earn the support of all 149 members of the Texas House so that we can heal and unify going into next session.”

He is facing an uphill battle in light of the fact that the most powerful conservative groups in Texas have publicly opposed his selection, including Chairman of the Republican Party of Texas, Allen West.

The Republican Party of Texas, Empower Texans, Texas Values, Grassroots America – We the People PAC, and other conservatives groups have publicly opposed Phelan.

Michael Quinn Sulliven, CEO of Empower, Texans said of Phelan’s announcement, “Interesting to see Dade Phelan and 50 [members of] the Texas GOP Caucus and Texas Legislature members kick off the 87th Legislative session in complete defiance of the Texas Republican Party platform. It is almost like they don’t care…”

“Texas Republicans want a principled constitutional conservative legislature, and policy agenda. This is not representative of the RPT platform, or legislative priorities.”

West reiterated his position after Phelan announced a list of his supporters, saying, “Let me clearly state this: the Republican Party of Texas will not support, nor accept, State Rep. Dade Phelan as Speaker of the Texas House. Texas does not need a Republican political traitor, not at a time when the two diverging philosophies of governance are this lucid.”

Phelan received a 49 out of 100 from the conservative grassroots organization Texas Scorecard’s Fiscal Responsibility Index.

The vote for the speaker is scheduled for Jan. 12.