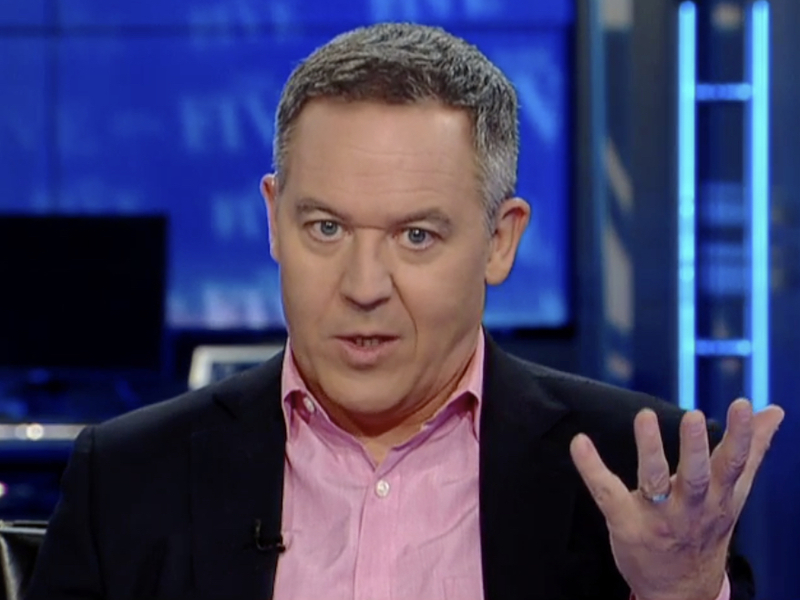 GREG GUTFELD, FOX NEWS: No one has a right to tell you when you can't be angry. And no one has a right to say you were crazy for being skeptical, especially when you just spent four years patiently enduring the tantrums of sibling brats known as the media and Democrats that demanded you take seriously their daily public meltdown. They invented hystercial rage and sold it by the gallon. Remember?

And after years of resistance, these cretins tell you it's time to move on. That's like Brian Stelter telling you to work out…

WHOOPIE GOLDBERG: Suck it up! Suck it up like we sucked it up!

GUTFELD: The media tried to subvert every institution to the president because they lost. They painted him and anyone who supports him as a Nazi — because they lost. And they are still doing it, even though they think they won. Check out CNN's resident ghoul.

CHRISTIANE AMANPOUR, CNN: This week 82 years ago Kristallnacht wasn't the warning shot across the bow of our human civilization that led to genocide against the whole identity and in that tower of burning books, it led to the attack on facts and knowledge, history and truth. After four years of a modern-day assault on the same values by Donald Trump, the Biden/Harris team will bring a return to normal.

GREG GUTFELD: What a talking garbage can. Do you want to know why we question the election? There's your answer. if you believe Trump is a Nazi and an existential risk, it must be your imperative to overthrow him. By all means necessary, and make no mistake we have done so before. We just called it a “regime change.” America has interfered abroad for less than removing the evil monster named Donald Trump, so why wouldn't democracy take a backseat? It already has.

And now you see the media mocking those who have seen it clearly that mockery is part of the plan. If you don't accept this election at face value, you must be nuts. Sorry that is not the case. We are onto you. You jackasses tried to ruin lives and businesses and families. Nothing was off-limits, justifying thuggery at restaurants and homes, you acted like an invading army.

Remember how much the press hated Trump's deplorables? The feeling is still mutual.

Now you whine because we question an election where the discrepancies only go in one direction. Every single abnormality favored Biden. He's the abnormal president.

It's not like they had to hide the stuff, not when the Democrats knew the media morons would provide cover.

After all, they told us who won what, way too early. Wanting so badly to be first. Remember when Dewey defeated Truman? But it's not about getting it right or wrong, it's about the process. Who does it benefit to call something as soon as possible? America, the voters? No, just the guy you call it for. It's a myopic idiocy. Here you have a brutally contentious election, fraught with emotion with violence hanging in the air. We have been building up to this event or the return of the McRib, so do you think caution would trump speed? With so much crap, with so much in question, from intelligence to polling to science to media, we should slow it down maybe a little, especially when trust is minimal.

But we have to call it asap and don't question it because we are the experts. Yeah, the experts, the guys who worried about a new ice age a few years ago. The chumps who were going to make your schools better and your kids smarter. They never read the room. It's about respecting the voters and the process — but that's gone. Now there's this “Lets start the healing BS.” I don't want to hear it from Joe or the media drones. You have demonized us at every turn, so save your hugs for Oprah, and even as they preach unity, they make list to ensure Trumpers never work again. The goal, shun until there are none .

AOc, Robert Reisch, Obama staffers, Chris Hayes, Chris Cuomo with feeble little arms, all trying to light the torches. This is not to say we shouldn't remember idiots, we should remember those who want to defund the police and then call the cops, like the Portland city commissioner who pushed to cut the police but then called the cops on her driver because the windows were down…

As hilarious as the Democrat city tyrants who hate the cops, but hire them protect their houses from the mobs they celebrate. Fact: Everyone preaching unity would destroy you for not using the correct pronoun. They're vindictive creeps and their backlist are fueled via differences of political opinion, which is what politics was designed to handle.

Now, these little fascists want to undo all methods for civility, laying the groundwork for mayhem.

Do you think 70 plus million Americans are going to take that? No. If Trump concedes and the mob moves forward they will create a bigger and scarier monster. It's called Trump 2024, and it will be merciless. So take your best shot now, because after four years of tax-induced recession, economy-killing shutdowns, and identity obsession, you won't stand a chance. You”ll set yourself up for the biggest comeuppance in history –a fitting punishment for the loudest crybabies on Earth. We won't have to make a list, you'll do it to yourself.