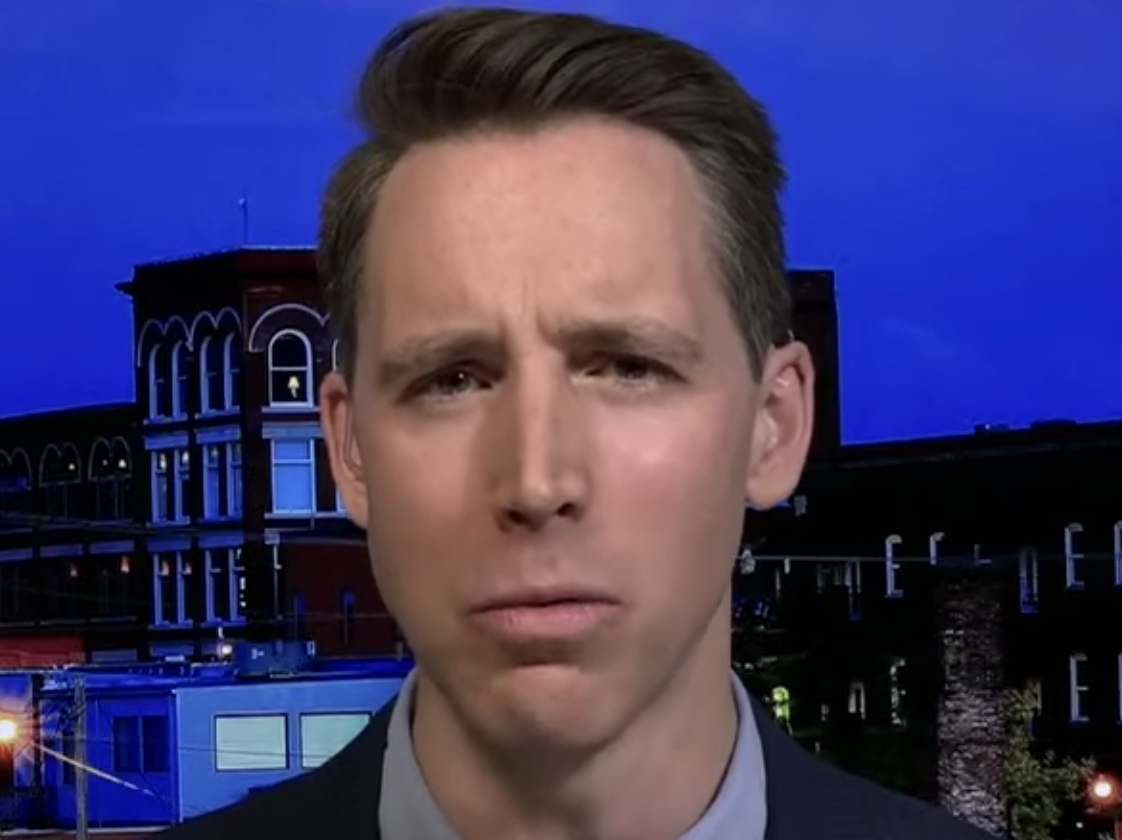 Sen. Josh Hawley (R-MO) defended his position to object to the certification of the Electoral College results when Congress takes it up on January 6th. In an interview with FOX News hosts Bret Baier and Martha MacCallum on Monday, Hawley said objecting in the Senate is the only forum provided in the Constitution and he will be doing it on behalf of people who want to probe election irregularities.

MARTHA MACCALLUM, FOX NEWS ANCHOR:  We are about 24 hours away from the polls closing here in the state of Georgia, and ballot-counting will officially begin.

But, on the other side of that, another political storm is brewing in Washington, as Republican lawmakers gear up to contest the Electoral College results. And that will happen during Wednesday's joint session, something that Vice President Pence hinted at today.

MIKE PENCE, VICE PRESIDENT OF THE UNITED STATES:  And I promise you, come this Wednesday, we will have our day in Congress.

Senator, thanks for the time. Can you hear us, Senator?

BAIER:  What is the ultimate goal here? You have talked about it a little bit differently than Senator Cruz has.

What — are you trying to overturn the election as it stands now and to keep President Trump in the White House as of January 20?

HAWLEY:  What I'm trying to do, Bret, is to raise the concerns that my constituents have all over Missouri.

I have heard from people like I have never heard before over the last month about this election. They have major, major concerns about the integrity, the fairness of this election. And they expect me to stand up and to raise those concerns.

And this is the only forum I have to do it. This is the forum that the Constitution and the statutes provide. And they also want action. They want an investigation into these irregularities. They want new election laws to make sure that our elections are secure going forward.

This is my chance to stand up and speak for them. And somebody has got to take their concerns seriously and speak up. And that's what I'm going to do.

MACCALLUM:  So, does that mean that you do not expect that you will be able to change the outcome in this process at all?

HAWLEY:  Well, Martha, I can only speak for myself and my own vote.

So, their votes are their votes, and people have to reach their own conclusions. But I think it is absolutely imperative. When you look at something that happened — or like what happened in Pennsylvania, for example, where you had a state that didn't even follow its own constitution and its own laws, you have got allegations of irregularities in that state and many others, it is vital that we be heard on this issue and we have a chance to debate it.

And that's why I'm going to object.

MACCALLUM:  Can I just let say, that — the Pennsylvania situation is so specific, and I think it gets a lot of traction with people when you take a look at it. It makes sense.

I think people are very surprised that the Supreme Court was not interested in it. Do you think that, if the White House or the campaign had focused on Pennsylvania alone, rather than a strategy to sort of throw everything at the wall and see what stuck in all these states, that they might have gotten further with this process?

HAWLEY:  Well, Martha, they tried to go to court in Pennsylvania. The Trump campaign did.

HAWLEY:  And so did other Pennsylvania citizens. And they were thrown out. The Pennsylvania Supreme Court threw them out, improperly.

HAWLEY:  Then the Trump campaign tried to go to court to say, hold on, hold on, and the court threw them out, without even hearing the substance.

We have seen courts across the country deal not only with not the standing of different cases, but also the evidence, and some of them Trump's — Trump judges.

I just want to pin you down on what you're trying to do. Are you trying to say that, as of January 20, that President Trump will be president?

HAWLEY:  Well, Bret, that depends on what happens on Wednesday.

HAWLEY:  Well, Congress is directed under the 12th Amendment to count the electoral votes.

There's a statute that dates back to the 19 — to the 1800s, rather, 19th century, that says that there is a right to object, there's a right to be heard, and there's also a certification process. We're required–

And it's the Tilden-Hayes race, in which there were three states that did not certify their electors, so Congress was left to come up with this system, this commission that eventually got to negotiate a grand bargain.

But now all of the states have certified their elections as of December 14. So, it doesn't, by constitutional ways, open a door to Congress to overturn that, does it?

HAWLEY:  Well, no, I'm talking about the statute, Bret.

There's a statute that says — that governs what Congress does on January the 6th. And it says that we have a vote of certification, and that we have to — we have the opportunity to debate the results, to certify the results, we count them, and then we certify.

And my point is, this is my only opportunity during this process to raise an objection and to be heard, I don't have standing to file lawsuits. I'm not a prosecutor anymore. I used to be, but I'm not anymore. I can't investigate claims of voter fraud on my own.

And my constituents expect me — and they're right — to say I have a problem.

HAWLEY:  Well, Bret, we're — I'm trying to do something more than just that.

I mean, this is about the integrity of our elections. And this is about taking a stand where you can take a stand. I mean, you can — I suppose you can just say, well, listen, nothing I do will matter, it won't matter if I object or not, so I will just sit by and do nothing.

I mean, that's one approach.

MACCALLUM:  So, in terms of those who look at this action and see it as someone who has big dreams for the future and for 2024, a Washington Examiner piece said: “Hawley could be a real threat to Trump because he combines the outgoing president's populism with a full spectrum conservative world view. If Trump doesn't run, Hawley could make a serious play for inheriting Trump's populist mantle outright.”

What do you say to that?

HAWLEY:  I say that my job, as the United States senator from Missouri, is to speak up for the concerns of Missourians.

And that's exactly what I'm going to do on January 6, and that is all the reason that I'm doing what I'm doing. Missourians expect me to say, hold on a second. We have got concerns.

And this is my opportunity to do that. If I didn't do it, I wouldn't be doing my job.

MACCALLUM:  So, coming up, our very own — thank you.