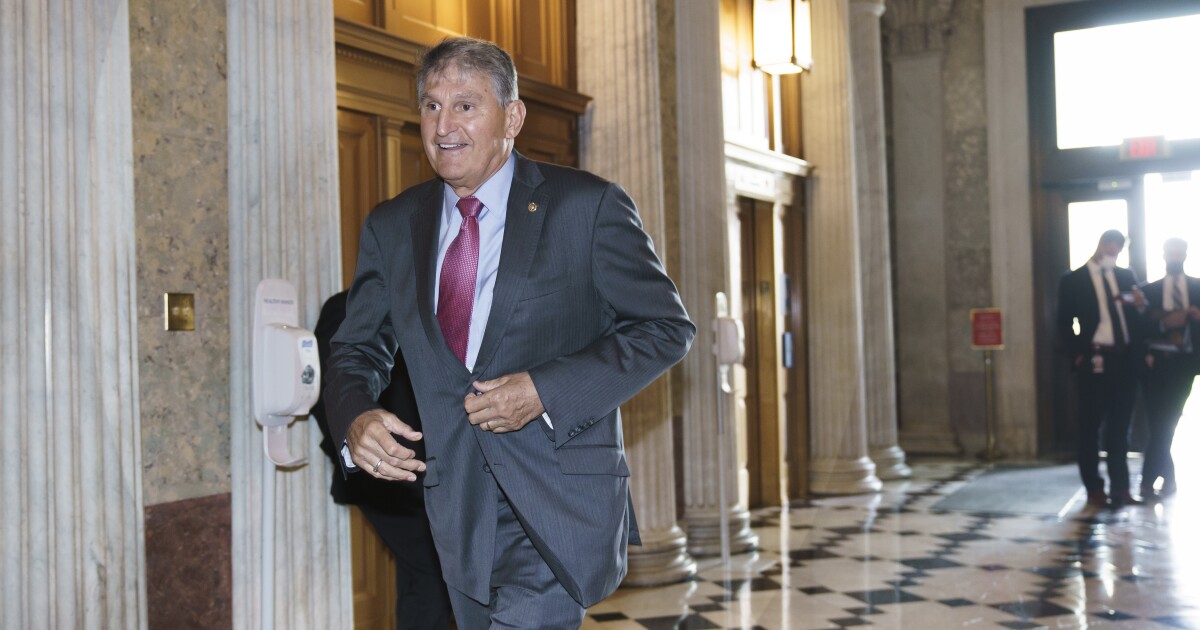 It’s looking like Democratic Sen. Joe Manchin will be a very powerful man in the 117th Congress. He knows it, too.

Manchin has been running a news media blitz in recent days, so much that you would think he is up for reelection next week. He isn’t, not until 2024, in fact, but he is clearly worried about his party and wants to leverage his own position as the last true moderate Democrat in the Senate.

“Defund, my butt,” he told the Washington Examiner in an interview when asked about defunding the police. “I've always voted independently,” he also said. “That's the difference. All the senators are important, but some of them are so predictable.”

Manchin has taken his moderate message to Politico, CBS’s Face the Nation, Fox News, and MSNBC all in the last week, speaking of the party as if it’s a prodigal son who left him in its excesses.

“But yet we’ve been tagged, if you have a ‘D' by your name, you must be for all the crazy stuff, and I’m not,” he told Fox News’s Bret Baier. He referred in the same interview to the “Green New Deal” and “all this socialism.” Those are some powerful party players he just rebuked.

Manchin knows his worth. A lot is going to come down to him, as he explained the state of play to Baier if the two Georgia Republicans lose. “If one senator does not vote on the Democratic side, there is no tie, and there is no bill,” he said. “So I commit to you tonight, and I commit to all of your viewers and everyone else that’s watching, I want to allay those fears, I want to rest those fears,” continuing, “When they talk about, whether it be packing the courts or ending the filibuster, I will not vote to do that.”

Manchin is a dying breed — it's the liberals in the party who have all the momentum. Sen. Bernie Sanders was Joe Biden’s runner-up in the primary. Sen. Elizabeth Warren established a formidable coalition behind her campaign. Nobody receives more attention than Rep. Alexandria Ocasio-Cortez. All three support “Medicare for All.” And Kamala Harris, like the others a co-sponsor of the Green New Deal, will be vice president. Moderation has a high barrier to entry in today's Democratic Party. It’s just not that exciting for many Democratic voters. In fact, it’s positively bad.

Democrats lost their chance at a clear advantage when they failed to unseat the more vulnerable Sens. Susan Collins in Maine, Joni Ernst in Iowa, and Thom Tillis in North Carolina. Manchin sees those races, and the net loss in the House, as poor news for Democrats. Naturally, Sen. Sanders disagrees.

“Something like a hundred candidates — a hundred congressional candidates — ran on “Medicare for all.” Do you know how many of them lost? Zero,” the glass-half-full Sanders said in a Wednesday interview with PBS Newshour’s Betsy Woodruff. “These proposals are popular proposals.”

It’s hard to look at Manchin and think that he has any place in the Democratic Party at all.