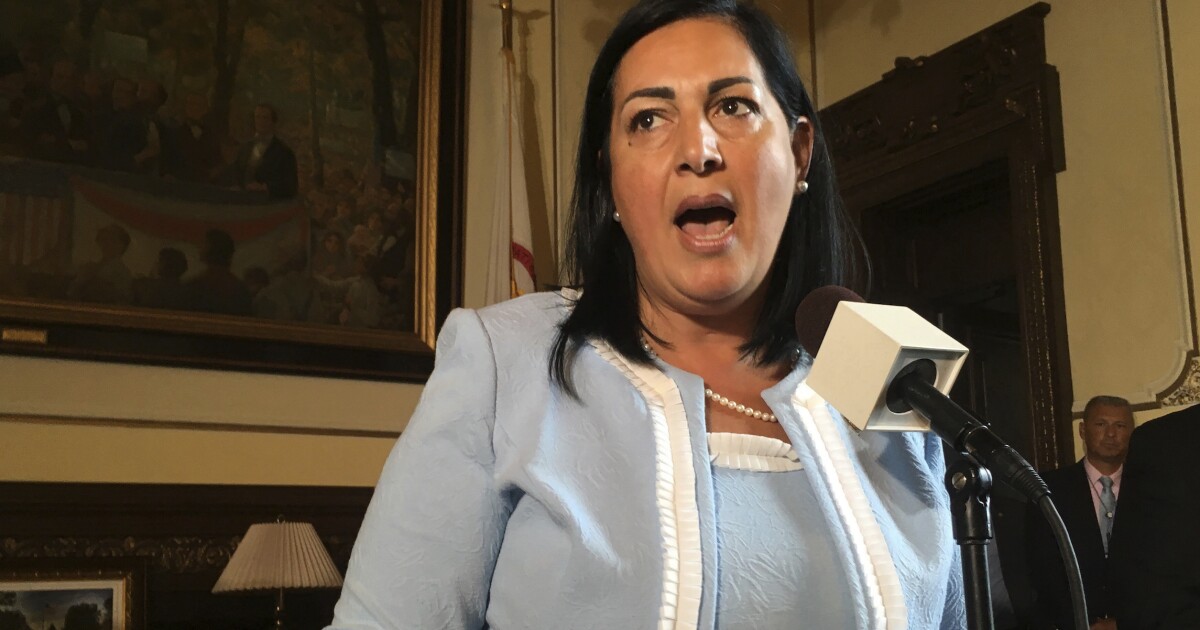 A report from the U.S. The Department of Veterans Affairs detailed problems at a LaSalle Veterans' Home, including ventilation problems, ineffective hand sanitizer and a Halloween party staff reportedly attended.

The report, which was publicly released 90 minutes before a public hearing on the outbreak, followed a site visit by federal veterans affairs authorities nearly two weeks after an explosion of COVID-19 cases and several deaths at the LaSalle Veterans’ Home.

“We don’t have evidence to substantiate that, that was word of mouth,” Chapa LaVia said during a virtual Illinois Senate Veterans’ Affairs Committee hearing. “And of course, you need evidence and we do not have that evidence.”

There were other issues raised about staff not wearing masks properly and cross-contaminating gloves. Chapa LaVia said they are now issuing written notices for violations, something implemented after the inspection.

“Supervisors are doing more checks and making sure they have an audit sheet just in case,” Chapa LaVia said.

Among other issues raised in a report by federal veterans’ affairs investigators were poor ventilation and ineffective hand sanitizer.

There were also five instances of staff who tested positive being allowed to work in the COVID-19 wing.

“The staff, like I said, our reports are reviewed and we send those up, sir,” Chapa LaVia said.

Schimpf also raised concern that it took ten days for IDPH to get involved in the outbreak that started.

“It’s inexplicable to me that IDPH officials were aware of the COVID-19 outbreak but did not conduct a site visit until 10 days later,” Schimpf said in a statement following the hearing. “This delay potentially cost the lives of some of the facility’s residents. I firmly believe that further hearings are necessary to identify what measures could have saved lives, and what steps need to be taken to protect the residents moving forward.”

Separately, Gov. J.B. Pritzker was asked if Chapa LaVia faces any reprimand. He said an inspector general is investigating.

“If our investigation determines there was wrongdoing by anyone then we will take the appropriate steps to respond,” Pritzker said.

Members of the committee said they will seek more hearings and more information.

In the House, Republicans have called on the House Veterans' Affairs Committee to hold a public hearing on the outbreak.

State Rep. Stephanie Kifowit, D-Oswego, chairs that committee and pointed to previous comments about the House not having approved virtual hearings. She said they asked to include members of the House in Tuesday's Senate hearing, but that was denied.

“I did formally request the IL House Veterans affairs members to be included in today's meeting, we were not allowed inclusion,” she said via email.

“Despite this all-too-familiar ‘go-it-alone’ approach by supermajority Democrats, we stand ready and willing to participate in a socially-distanced, in-person hearing in Chicago and/or Springfield as soon as possible,” said state Rep. Randy Frese, R-Paloma. “We are committed to ensuring top-quality healthcare and providing safe living facilities for America’s heroes living in our care.”

The latest published statistics on the IDPH website reports 24 residents of the LaSalle Veterans’ Home died from COVID-19.

Long-term care facilities in Illinois, which includes the state-run veterans’ homes, account for more than half of all the deaths from COVID-19 in the state.