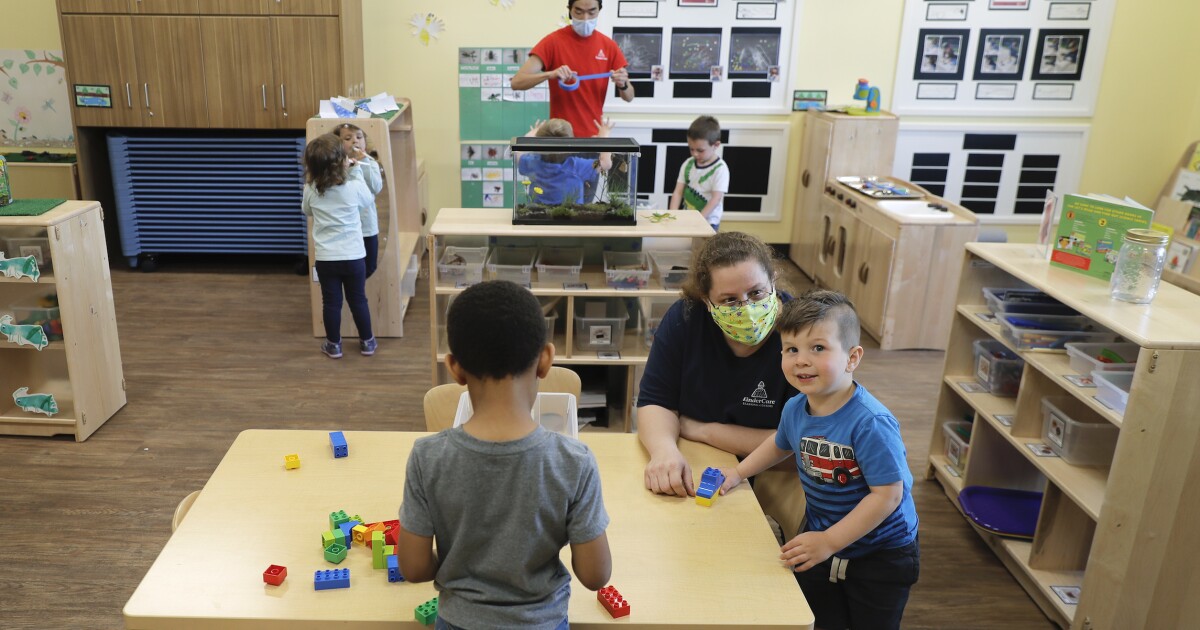 The 2022 Child Care Awards will provide funding for 108 projects in 72 communities, an Iowa Workforce Development news release said. There will be a $9.7 million private investment match from community-based partnerships. The funding adds to the $10 million in grants the state distributed in November 2021, which projected the addition of 3,942 spaces.

IWD and Iowa Department of Human Services will allocate $26.9 million in DHS federal funds, $3 million the Iowa legislature appropriated for the Child Care Challenge Fund and $6.7 million in federal ARPA funds to the applications with the highest scores.

About 23% of Iowans, including 35% of those who live in rural areas, don’t have sufficient access to child care, the release said. The shortage costs Iowa’s economy nearly $1 billion each year through lost tax revenue, worker absence and employee turnover, according to U.S. Chamber of Commerce estimates, the release said.

Child care providers will decide how to operate their facilities, including which families receive priority for open slots, IWD Public Information Officer Jesse Dougherty told The Center Square in an emailed statement Wednesday.

Iowa State University College of Agriculture and Life Sciences Professor of Sociology and Extension Rural Sociologist David Peters told The Center Square in an emailed statement Wednesday that he thinks the grants will be effective and that they serve as a positive approach for getting Iowans back to work.

“Many of the applications use existing buildings and partner with other public entities (like schools),” he said. “Most of the communities are larger small towns (eg 2,000 to 5,000) that are employment hubs for the region, so having expanded childcare in the places makes sense.”

A map of the project locations is available here.

However, more could and should be done to address the child care shortage, in light of COVID-19 and the state’s workforce shortages, he said. And without a requirement to price the slots to make them affordable for low-to-moderate income families, the slots may be unaffordable and unavailable to poorer Iowans, whom he said need them most to be able to go back to work, he said.

Sunflower Childcare Center in Decorah received $741,700 in Investing in Iowa Child Care funding and a $188,300 Child Care Challenge Award. The project, which is intended to accommodate 215 children, received a $750,000 DHS award and $10,000 CCC award in the November round.

Winneshiek County Development and Tourism Executive Director Stephanie Fromm told The Center Square in a phone interview that she anticipates that the Sunflower Childcare Center in Decorah, which is supposed to accommodate 215 children, will break ground this spring. She said the plan is for construction to be completed by May 2023.

Winneshek County’s population is aging and workforce and school enrollment are declining, so recruiting newcomers to the area is a top priority, she said. Large employers, including Winneshak Medical Center, manufacturing companies and Luther College, are having a hard time finding people to fill job openings, she said. The Winneshek Medical Center has donated four acres of property for the center.

“Large employers have recognized that housing and child care are easily the top two barriers when trying to recruit employees,” Fromm said.

Field of Fun Care LLC, in Cedar Rapids, plans to open 275 new slots, the most any individual project will offer, according to the award summaries. It received a $499,044 IICC award and a $250,000 CCC award for its purchase and renovation of a building.

President Taryn Krahmer said the spots will likely offer spots on first-come, first-serve basis, with some possibly reserved for the center’s employees.

“Every child needs to have an equal opportunity [to receive] quality care,” she said.

Families can apply on their website for spots for care, which may be available in early April, she said.

She said one of her top priorities is encouraging staff through offering a great work environment, competitive pay and ample praise and recognition for exemplary work.

“I don’t think that there’s enough of that happening [in the industry],” she said.