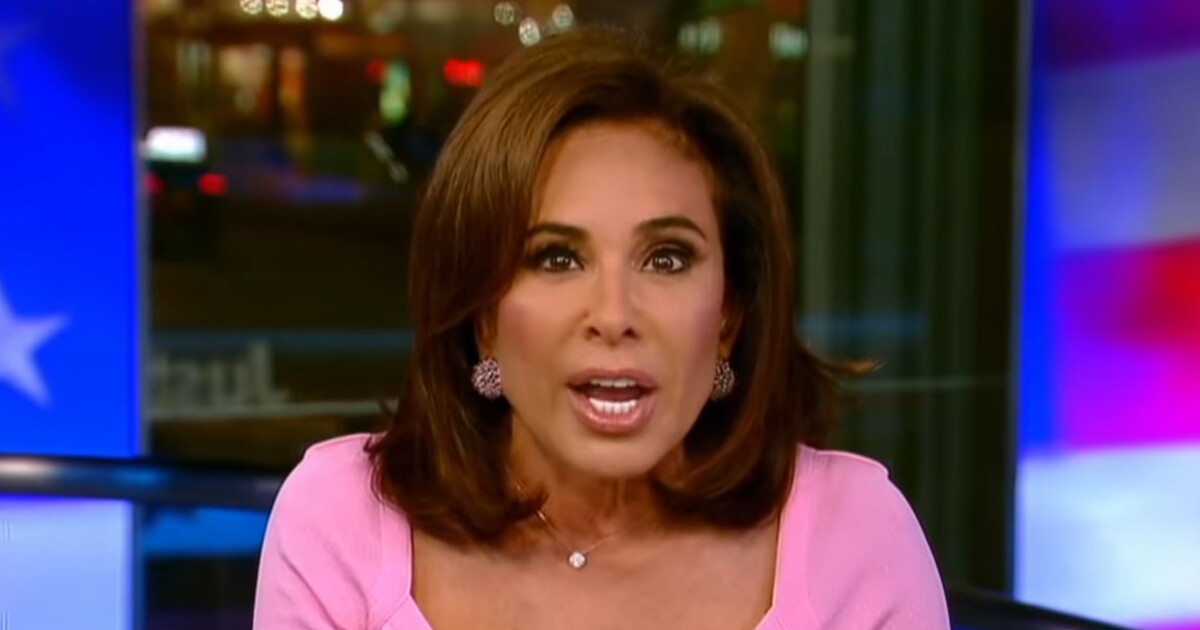 Fox News host Jeanine Pirro slammed those who stormed the U.S. Capitol on Wednesday as “freaks” and “idiots” who “tarnished” President Trump’s legacy and told her viewers to stop blaming antifa for the violence that rocked Capitol Hill.

“I want to be clear. The actions at the United States Capitol three days ago were deplorable, reprehensible, outright criminal. These frightening and repulsive actions represent the most significant breach on our Capitol in over 200 years. And I don’t care what happened in the past and or whether those who did it think the election was stolen. That is not justification,” Pirro said on her Saturday show. “Seventy-five million of us are still angry about the election, but we don’t storm the Capitol.”

Pirro questioned the “point” of the violent protest in the Capitol, saying those involved looked like a “bunch of freaks” and reminding her audience that five people, including a U.S. Capitol Police officer and an Air Force veteran, died in the melee.

“What was the point? What did you get out of it? Was there even a plan when you got in there, besides looking like a bunch of freaks, breaking windows, carrying off a podium, sitting at Nancy Pelosi’s desk, leaving a love note with fingerprints behind, identifying yourself with selfies, stealing, damaging property, trespassing, looting? Five people are dead in your wake,” Pirro said.

The former prosecutor, who has been an ardent defender of Trump, called on those blaming the siege of the U.S. Capitol on “dirt-bag terrorists antifa” to “stop looking for other people to blame.” Her comments came after a report in the Washington Times claimed a facial recognition company’s technology identified members of antifa in the crowd that stormed the Capitol on Wednesday. XRVision called the report “outright false, misleading, and defamatory” and requested a retraction.

Rep. Matt Gaetz, a Florida Republican, referenced the report on the House floor hours after the Capitol was stormed.

Pirro blamed the mob for smearing 75 million Americans who voted for Trump and said the “foolhardy effort” only served to yield the “moral high ground to those who have repeatedly and consistently taken away our freedoms.”